Ali Rehman Khan raises the bar for excellence in entertainment

* The actor joins TCF Ambassadors Programme to enable education for all 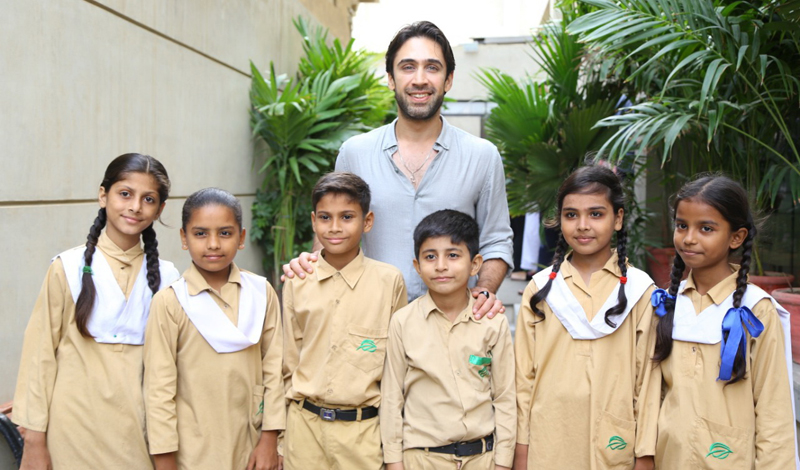 Actor Ali Rehman Khan is a gem of an actor that the Pakistani entertainment industry has been blessed with.

His acting talent is not limited to small screen but he has also worked in some of the block buster movies of Pakistan making his way into everyone’s heart. He has garnered massive appreciation for his recent role as Kabir from Heer Maan Ja.

He has always been known for choosing challenging roles in his career especially in television dramas, one of which is his role in ‘Khaas’. While the drama itself is a story of a married couple and the problems in their relationship, you would think it is a simple plot line but ‘Khaas’ portrays two self-identified people who are both strong as individuals but tied together with the knot of marriage.

Ali Rehman Khan plays Ammar, who has eyes for beauty and wants everything associated with him to be special. Sanam Baloch plays the role of Saba who is a very down to earth kind of a girl and has a very complicated relationship with Ammar. The crazy chemistry between the two and how their individuality affects their relationship is an eye opening message to the society.

He has always been known for choosing challenging roles in his career especially in television dramas, one of which is his role in ‘Khaas’

The drama itself is going through a thick plot development and Ali Rehman Khan is doing all the justice that his role could ask for. It’s not even wrong to say anymore that it is because of his spot-on portrayal of character that the drama is getting so much appreciation. 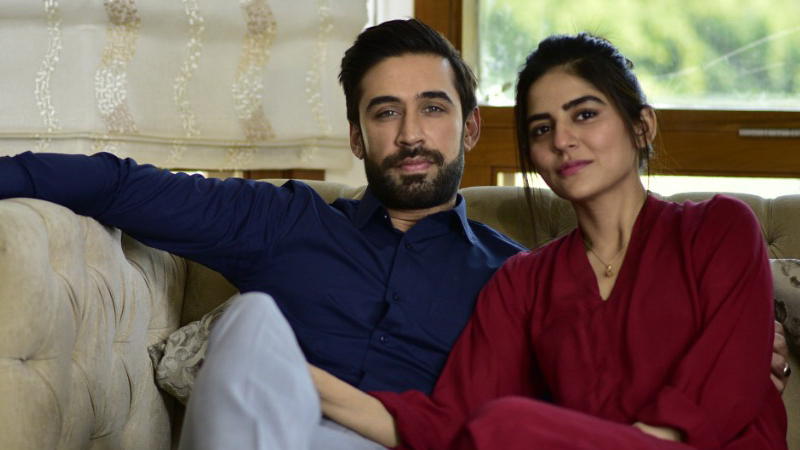 Ammar is a very hard to play kind of a role that requires a character transformation in every scene as he is charming and likable when he is around his friends and family, while we see an arrogance in his character when he is with his wife. We see him as an egoistic self-centred person who takes seconds to transform into a soft hearted person the next moment in the drama.

This character transformation has been carried throughout the drama with finesse by Ali Rehman Khan, for which he is getting admiration from his audience. I think it would be justified to say that Ammar’s role looks like it was tailor made for Ali Rehman Khan because no one else could have played this character with such grace, as played by him.

There are many scenes in the drama where Ammar reaches to an out of control rage and those scenes are so well performed by him that we feel hatred for his character. And then there are many scenes where he becomes romantic, charming and a sweetheart that it is hard to believe that this is the same person who was an angry young man a moment ago.

What an absolutely challenging character played by Ali Rehman Khan, with such ease!

He has proven once again through ‘Khaas’ that no role and no character is difficult for him. His acting talent has got no boundaries and he can play every role impeccably.

Ali Rehman Khan is definitely a true star of this era!

He has previously visited TCF Qayumabad Campus and showed his commitment towards TCF’s mission to provide quality education for the less privileged. He will support the ongoing efforts of TCF by creating awareness for the need to create education opportunities for all the children of Pakistan regardless of their caste, creed, religion or ethnicity.

On behalf of TCF, TCF Chief Executive Officer Syed Asaad Ayub Ahmad signed the agreement and welcomed Ali Rehman on board for joining the TCF’s education movement. Expressing his thoughts, Asaad Ayub said, “We need to highlight the emergency for the need to educate all children because it is their basic right. I am so grateful to Ali Rehman Khan for becoming a part of the big TCF family and for graciously agreeing to help us in talking about this very important issue. I have no doubt that these efforts will help us in reaching out to many more out of school children.”

“I visited the Qayumabad TCF school last month and it was one of the most incredible days of my life. I have joined hands with TCF to support their mission to provide quality education for the less privileged,” said Ali Rehman Khan after signing the agreement.

The Economist has called The Citizens Foundation (TCF) ‘perhaps the largest network of independently run schools in the world.’ TCF has more than 1,500 school units in 700 sites across Pakistan where children were previously out-of-school. TCF has built schools in the heart of rural communities and urban slums so schools are a walking distance away from the children. The Citizens Foundation is the largest private employer of women in Pakistan with an all-female faculty of 12,000 teachers and principals, encouraging parents to send their girls to school. TCF has 252,000 students this year. Nearly half (48%) of TCF students are girls. Eighty-eight percent of TCF alumni have gone to college and 71% are employed.

The Citizens Foundation (TCF) is a strong advocate of the belief that a truly informed and educated society forms the foundation of a progressive state and instils in its citizens the ability to adapt and evolve with changing times. It is a non-profit organization set up in 1995 by a group of citizens who wanted to bring about positive social change through education. 24 years later, TCF is now one of Pakistan’s leading organizations in the field of education for the less privileged. The TCF model focuses on providing quality education through purpose-built schools located in the heart of Pakistan’s urban slums and rural communities.

The organisation ensures that girls represent nearly 50 percent of overall student enrolment. To magnify its impact, improve enrolment and quality of education, TCF is also adopting government schools across Pakistan.