15 killed as truck falls into ravine in southern Philippines 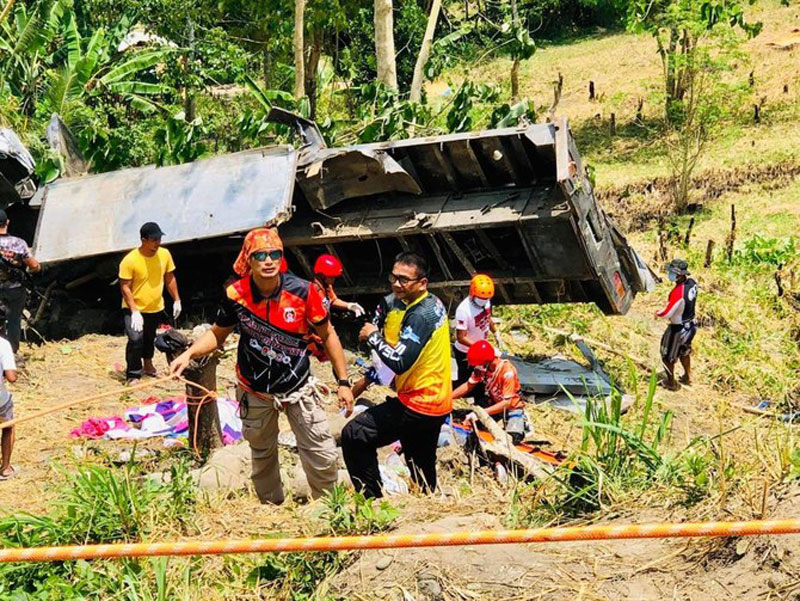 MANILA: Fifteen people, including children, were killed Tuesday in the southern Philippines when the flatbed truck they were riding in plummeted into a ravine, police said.
The vehicle was bringing about 30 people home from a trip to the beach when the driver lost control near the town of T’boli in the latest deadly crash on the nation’s dangerous roads.
“Based on eyewitness accounts, the truck lost its brakes. We will conduct further investigations on the actual cause,” T’boli town police investigator George Tabayan said.
The dead included children aged between one to six years old, with at least 11 other people rushed to hospital due to their injuries.
The group had come from a swimming party at a beach in neighboring town and were on their way home when the accident occurred.
Deadly road accidents are common in the Philippines, where inadequately maintained buses and poorly trained drivers form the backbone of land transport options.
In June, 13 people including a bride-to-be were killed when the truck they were riding on after attending a traditional pre-wedding ceremony rolled over on a mountain road.