Future of water in Pakistan

Historically, every living being has been associated with water. No water means no existence, and no existence means no world. It is a vastly prized and precious natural resource that we have. But it is to pronounce with profound grief that with time it is becoming a highly scarce resource. 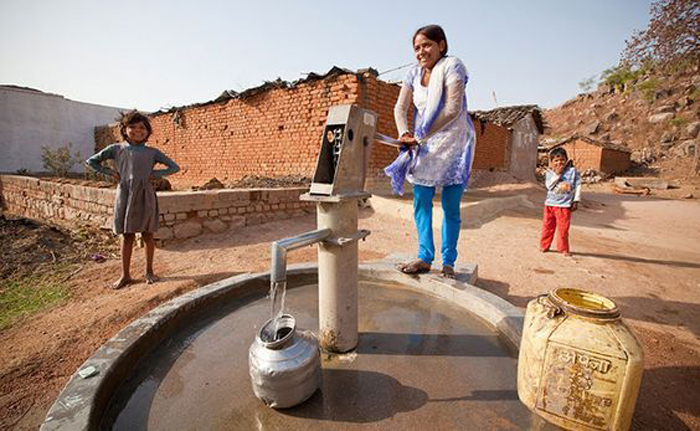 Pakistan, among the South Asian countries, is going to be a vastly water-scarce country by 2025 as per government’s statistics. The leading reason of water stress is reckless population increase in the country; Pakistan is now placed at number five in population growth in the world. The majority of the rural population depends on water for their livelihoods. In southern Pakistan, extreme water shortage has left millions of people unemployed. Currently, agriculture’s contribution to Pakistan’s economy accounts for 19.5 percent of the GDP, employing 42.3 percent of the labour force and providing raw material for several value-added sectors. A decade ago, it was more than 23 percent.

Water issues experts claim that the quantity of water is the same as it was six decades ago, but the consumption has increased manifold due to rapid population escalation and ever-increasing industrialisation. In 2009,the per capita water availability in Pakistan was 1,500 cubic metres, and in 2017, it was reduced to 1,017 cubic metres. In Pakistan, 90 percent of water is consumed for agriculture purposes, of which 50 percent goes waste due to a poor irrigation system and old farming patterns.

According to a recent report by the International Monetary Fund, Pakistan ranks third in the world among countries confronting a severe water shortage. In terms of water consumption, Pakistan has the world’s fourth highest rate. Also, its water intensity rate-amount of water in cubic metres used per unit of GDP-is highest in the world. It is alarming to know that no country’s economy is more water-intensive than Pakistan’s. According to the World Resources Institute, Pakistan is at number 14 as an extremely water stressed country.

There are a number of mounting challenges related to water facing Pakistan in the last couple of years-growing population, politics on water, climate change, industrialisation and urbanisation, an obsolete irrigation system, water theft, monopoly of big landlords on water resources, conventional patterns of farming, little or no knowledge of modern farming tools and techniques. These challenges, if tackled with the strong and sincere will of government, can likely reduce the impact of a growing acute water shortage.

In Pakistan, 90 percent of water is consumed for agriculture purposes, of which 50 percent goes waste due to a poor irrigation system and old farming patterns

Some of the global figures reveal an overall water scarcity that directly or indirectly contributes to Pakistan’s water situation too. According to researchers, by 2020 about 30-40 percent of the world will face water scarcity. With only seven percent of the world’s freshwater, China plans to produce 807 million gallons a day from purification by 2020. Around 2025, a projected 1.8 billion people will live in regions overwhelmed by water scarcity, with two-thirds of the world’s population living in water-stressed areas. There will be about one billion more mouths to feed worldwide by 2025, and global agriculture alone will entail another one trillion cubic metres of water per year. The global middle class will surge from 1.8 to 4.9 billion by 2030, which will result in a substantial upsurge in freshwater usage.

If the present water consumption tendencies do not alter, there will only be 60 percent of the present water by 2030.According to the International Energy Agency, by 2035, the world’s energy consumption will increase by 35 percent, which will increase water use by 15 percent. In addition, the number of people living in river basins under severe water stress is expected to reach 3.9 billion by 2050, adding over 40 percent of the world’s population. Feeding nine billion people by 2050 will require a 60 percent increase in agricultural production and a 15 percent increase in water withdrawals.

To cope with the increasing future water challenges Pakistan needs to alter the course of thinking. The cropping and farming patterns need to be changed. Water mismanagement should be controlled. Government should devise a robust mechanism to sincerely control the speedily growing population. Distributaries, canals and watercourses ought to be lined. A modern irrigation system needs to be introduced, including the drip irrigation system and sprinkler. Collective actions need to be taken for water conservation as a scarce public resource, stressing the need to ensure that it is managed responsibility, sustainability and equally.

For water conversation, local communities, NGOs, media, government and civil society should have a deep awareness for sustainable water management. Nestle Pakistan’s sustainable agriculture team has introduced the water sense technology to help save water through digital intervention. The technology allows farmers to monitor soil moisture levels for crops thus ensuring sustainable use of water resources. The farmers regularly receive information about which areas to irrigate via a cloud-based monitor.

The writer works at AWARE based in Badin