Once upon a time, there was a little girl, aged 10. She lived in her fairytale world, unaware that soon her happy little world would be crushed by a horrible nightmare. She went missing. Sick with worry, her family went to the police station in order to seek help. No sooner had they reported her missing that the officials angrily told them it wasn’t a missing person case for their daughter must have eloped. A ten-year-old minor who could not even have known the meaning of eloping, the police so certainly assumed had eloped. 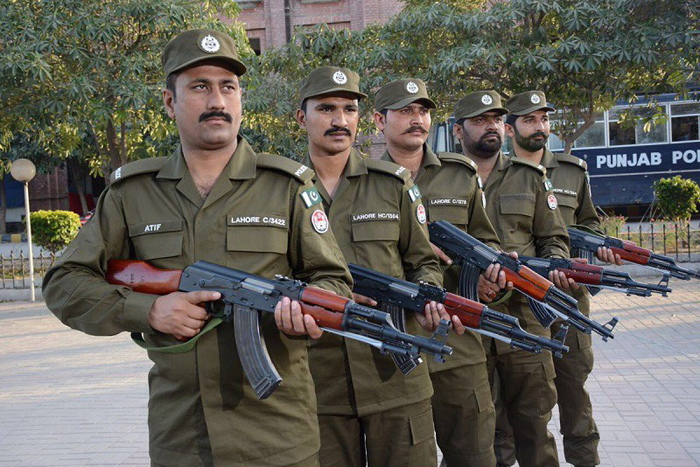 Their steel cold hearts and little greedy minds weren’t satisfied yet, so as a punishment for wasting their valuable time they made the family clean the police station. Imagine their misery -their hearts in their throats, worried sick for their little angle lost in a land full of vicious wolves, mopping the floors of the station. But no matter how hard those floors are scrubbed that place could not be clean. The absolute lack of apathy of the police has turned it into a dirty, cold place, which reeks of corruption and greed.

This is the story of little ‘Farishta’ and her family, who were mentally tortured and treated in the most abhorrent manner by the police. An FIR was lodged against police negligence, the outcome is still a mystery. Then comes the tragedy of Amir Masih. He was a young man convicted of street crimes and subjected to third degree torture by the Punjab police until he died in their custody. The postmortem report confirmed that he died due to intense torture, which led to his lung failure. Again an FIR was lodged but no strict action was taken.

Then came the horrible incident of a woman hung upside down, electrocuted and tortured. An FIR was again lodged, a couple of policemen were suspended, and the case was closed.

These are only a few glimpses of the brutal tales of torture in police custody. According to statistics, 950 cases of third-degree torture have being registered during this year only in Punjab; 13 people have reportedly died due to torture while in custody. Their FIRs are lost under the weight of files at some police stations.

The latest victim of this brutality is a mentally disabled man, Salahuddin Ayubi. He was convicted of an ATM robbery. The state of his mind could be confirmed at first glance because his family had tattooed his address on his arm in case he got lost. Yet despite the state of his mental health he was tortured in ways that would make your insides crawl. Such is the disgusting lack of apathy of his tormentors that not only did they torture and humiliate him but also made his videos in which he can be seen moaning in pain and begging for water. They even had the audacity to make the videos public as if it was the most honourable thing to do.

Again, an FIR against police will be lodged in this case. Maybe a few officials will be suspended. But will this abuse of power and torture ever truly end? Will these bloodthirsty creatures that prey on culprits ever be held accountable for their horrendous deeds? Will they ever be penalised? Or maybe one should question instead: have they ever being penalised?

According to the Pakistan Penal Code, the punishment of torture in police custody is up to ten years of imprisonment. But how many have actually being imprisoned for it? They get suspended, but is it the punishment they truly deserve?

In such a sad state of affairs one must question: where is the accountability and police reforms the prime minister so fervently speaks about? On myriads of occasions he suggested that the KPK police reforms must be replicated in Punjab. And now that he is in power his reforms are nowhere to be seen. Why is he, a champion of accountability, silent on this heart-wrenching act of brutality?

Unless we don’t hold police accountable for their actions and punish them in a just manner these cases wouldn’t stop. This abuse of power can only end if the system is revamped.

Unfortunately,the reality of the police is such that rather than giving a feeling of security they instead inflict a sense of fear among the people. And they feed on this fear, because in their uniforms they can do whatever they desire. They can hunt you down, prey on you like vultures and will go unpunished.

Nadia Murad, the 2018 Nobel Peace Prize winner, concluded her biography titled The Last Girl in the hope that by reading her story the world would prevent her fate from repeating, and that she would be the last girl to have gone through such a horrible nightmare.

I conclude this article in the hope that Salahuddin would be the ‘last man’ to undergo such a terrible tragedy. And I hope his tormentors will be justly punished in a manner that would serve as an example for others.

The writer is an economist, environmentalist, a feminist, an animal rights activist
and a poet