I acknowledge, I learn and I grow: Shehzad Ghias Shaikh

* 'I have had a few key career moments; from the first national tour with Nando's back in 2012 to getting a Fulbright Scholarship to do a Masters in Theatre from Brooklyn College' 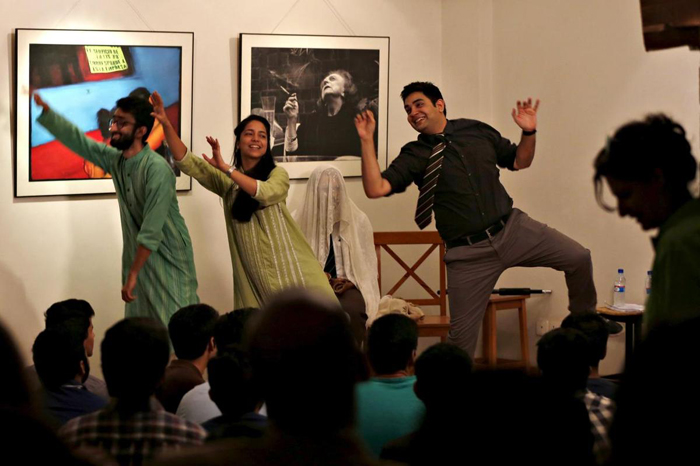 Shehzad Ghias Shaikh wears many hats. A stand-up comedian, a satirist, a teacher, a scholar in Theatrical Studies and an actor, this young man is a fresh name among those enlightened comedians of Pakistan who know how to carry humour and an awareness of social issues together. Daily Times caught up with the comedian to ask him a few questions which are as follows along with their answers.

How did it all begin for you? What was your breakthrough in your career as a comedian?

I started with theatre. I had always been performing at school, but back in 2009 when I was at LUMS, I founded a theatre production company. From Theatre, I deviated towards Improv Comedy to finally stand-up. I have had a few key career moments; from the first national tour with Nando’s back in 2012 to getting a Fulbright Scholarship to do a Masters in Theatre from Brooklyn College, New York in 2013 to debuting my one-man special at the Broadway Comedy Club in New York in 2016.

We have a whole group of misogynistic poets who call themselves comedians and are in our industry for a long time. Do you find them as a challenge with your progressive ideas?

‘We all live and learn because we do not have enough people pushing progressive ideas and doing different styles and kinds of comedy. We assume that the only style is the populist style that has for years relied on jokes that rely on gender or race or skin colour. Hopefully, with traditional media losing grip and social media democratising content more, we will see more performers experimenting a lot more with their content and learning about the world to become more progressive with their ideas’

We all live and learn because we do not have enough people pushing progressive ideas and doing different styles and kinds of comedy. We assume that the only style is the populist style that has for years relied on jokes that rely on gender or race or skin colour. Hopefully, with traditional media losing grip and social media democratizing content more, we will see more performers experimenting a lot more with their content and learning about the world to become more progressive with their ideas.

You subtly point at some of the bitter realities through your comedy. What do you do when you think of those problems alone? Do they make you anxious and bring forward another, serious side of yours? 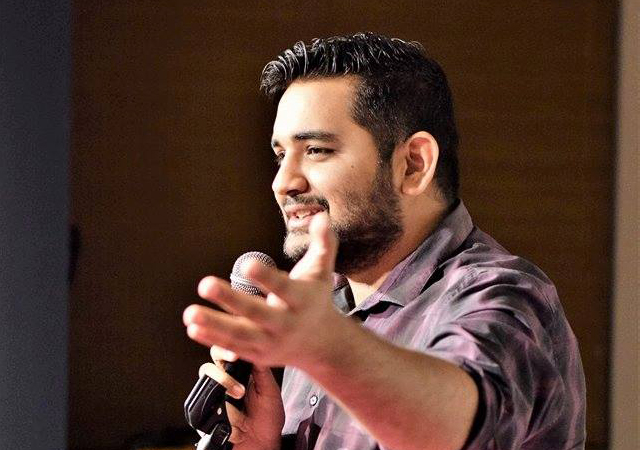 I only write about things that are affecting me. If it didn’t matter to me, then I wouldn’t be bothered to say something. Sometimes, I am so fed up of the same social issues repeating themselves that the only way I can react is by writing a satirical piece to show everyone how stupid it is that we continue making the same mistakes. However, for some issues, that is impossible. There should be no rape jokes or after a bomb blast, I cannot use satire because the hurt is so great that I end up writing a serious or emotional piece. I have written such pieces. I also write plays which gives me another platform to address some of the more serious issues. All of it makes me stressed and anxious. People sometimes criticize me for criticizing Pakistan but I only do that because I care. Just because I am not a woman or I am not a Hazara being targeted doesn’t mean I should stay in my cocoon, enjoy my privilege and not say anything just because it is my fellow Pakistani being affected and not me. I think it is actually more anti-national to ignore these issues than it is to talk about them.

Students look forward to a very ideal personality of a teacher who has to be a paragon of virtue. How do you maintain your image before your students?

I make sure I talk the talk and also walk the walk. I live my life by all the principles I preach and I am very open to my human fallibility. I stood in front of a class of 15 year olds once and I apologized because I made a mistake. My set of beliefs and principles may differ from yours but trust me, they are virtuous and all my life is lived by those values.

Who is your own favourite comedian or satirist?

I grew up watching Chappelle, Chris Rock, Richard Pryor and Eddie Izzard so they have left a lasting inspiration on me. I love Jon Stewart, Jon Oliver and Stephen Colbert and would love to do a satirical show like them some day.

Are your statements always spontaneous?

I think they resonate with people because they tend to be heartfelt and immediate. They are not heavily edited or they do not go through a writing team. Sometimes they are just written on my phone and I post them with the typos.

Have you been offered any role as an actor or do you wish to do one?

I have done a lot of acting work and would love to do more. I also teach at NAPA and I am going to be doing a play as well. You might see me in a web-series soon too.

With your radical thoughts, do you feel that your friend-circle is diminishing?

No. I am blessed with a great group of best friends. We do not have to agree on everything but we all love each other. I lose followers if I criticise Hamza Ali Abbasi or if a post is pro-feminism or if I criticize the government but I am not on it for the likes and followers. If my belief in what I am saying is strong, then I have to stay true to that rather than worrying about the number of followers.

As a man who is against patriarchy, what has been your biggest hurdle?

My biggest hurdle has been unlearning my own toxic behaviour I had picked up. It is easy to come out and say you are against patriarchy but it is much more difficult to be conscious of your male privilege every single day and unlearn toxic traits you may still carry. I acknowledge, I learn and I grow.

I have been touring profusely with my stand-up comedy special for the last couple of years now. So, I might just take a break from that and go back to Theatre for a while. Other than that, it has been three years since it is in the work but hopefully in another year or so, this book will be complete! Hopefully!