The Sajjad Lone-led Jammu and Kashmir People's Conference has filed the petition through its spokesperson Adnan Ashraf, seeking President's Rule in the state be declared unconstitutional and void. 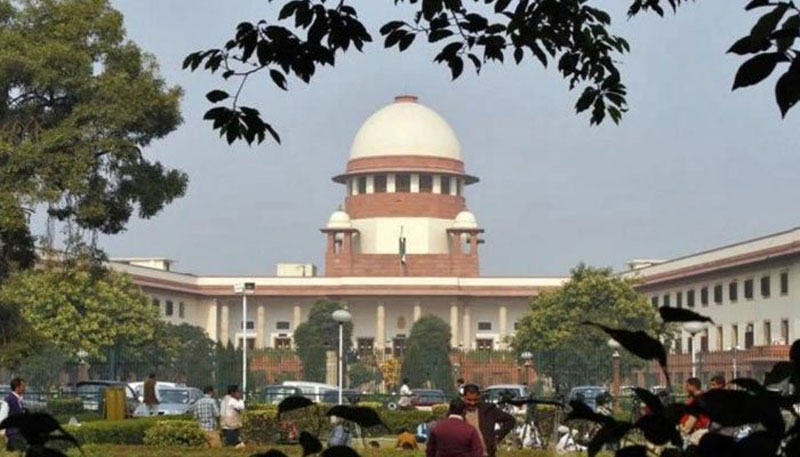 A plea has been filed in the Supreme Court by the Jammu and Kashmir People’s Conference (JKPC) challenging the President’s Rule imposed in the state and abrogation of provisions of Article 370, which gave special status to Jammu and Kashmir.

The Sajjad Lone-led JKPC has filed the petition through its spokesperson Adnan Ashraf, seeking President’s Rule in the state be declared unconstitutional and void.

A presidential order paved the way for the application of entire provisions of the Constitution in Jammu and Kashmir, and also have the effect of nullifying Article 35A and completely abrogating Article 370.

The presidential order on Article 370 of the Constitution was issued pursuant to the concurrence of the Jammu and Kashmir government, despite “there being no popularly elected government” in the state, the plea said.

While challenging the Centre’s decisions to scrap provisions of the Article 370 that accorded special status to Jammu and Kashmir, and dividing it into two Union Territories, the JKPC sought a direction to declare the state reorganization act and the presidential orders as “unconstitutional and void.”

“Therefore, concurrence of the state government provided by the governor, does not express the will of the people, as the governor is merely substituting for a popularly elected government, as an emergency measure under Article 356 of the Constitution.

The JKPC is the second party after the National Conference (NC) which has mounted a legal challenge in the Supreme Court to the changes made in the Constitutional status of the state.

The NC petition has been filed by Mohammad Akbar Lone and Justice (rtd) Hasnain Masoodi, both Lok Sabha members belonging to the party.

Massodi had ruled in 2015 that the Article 370 was a permanent feature of the Constitution.

The JKPC in its plea also said that the Jammu and Kashmir governor has kept the entire nation in the dark. The country was not informed that such a drastic action against the interest of the state was being taken, it said.

The party also challenged the Jammu and Kashmir Reorganization Act passed by the parliament and said, “The entire state particularly the valley was put under curfew and then only those CO’s were passed and the impugned legislation was enacted.”

“Never ever in the history of the nation reorganization under Article 3 has taken place which shows a blatant attack on our constitution and the freedom of people of a state,” it added.

The party said that Jammu and Kashmir had a separate Constitution and the Parliament had a limited scope to enact legislation for the state. Therefore, by a parliamentary act, the powers given to the state by its own Constitution could not have been abrogated by merely taking away Article 370 by the impugned legislation, it said.

October 31 happens to be the birth anniversary of the country’s first home minister Sardar Vallabhbhai Patel, who was instrumental in the merger of about 565 princely states into the Union of India following Independence.

The Parliament had in the month of August passed the legislation for bifurcating Jammu and Kashmir, a bold and far-reaching decision that seeks to redraw the map and future of a region at the centre of a protracted militancy movement.