Are we living in livable cities?

Recently, a UK based think tank made news when it called for strict enforcement on car idling practices to curb air pollution in cities. This implied that drivers who leave their car engines running while doing a school run or going to the shop should be subjected to hefty fines. A ‘citizen-based reporting scheme’ was launched in which people who identify cars that have been idling for at least a minute get a 25 percent cut of the fine paid by the motorist. 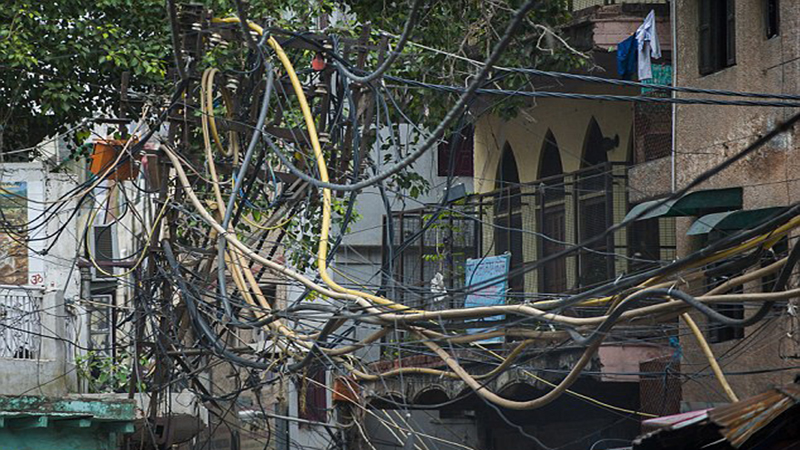 The basic premise of this initiative was to minimise the environmental externalities by the surging consumption of fuels in cities. New York City was among the first to act, and how big the social impact it created, describes a public service message along one of the NY streets intimidating, ‘Turn off your engines! Children breathe here’.

This is one of the many stories from the developed world that enlighten the sensitivity of those governments towards socio-environmental challenges of cities by making them human-friendly and socially responsive. Putting these practices in Pakistan’s perspective will have majority finding it as a fairy tale in the backdrop of primordial hassles we’ve ‘learned’ to live in.

A recently published report by the Economist Intelligence Unit-a global monitor that studies the livability standards in 140 cities-gives a striking comparison.Where cities like Vienna and Melbourne were well eulogised and crowned as the most attractive choices for living, the report also raised red flags to many large metropolitans.

Karachi, Pakistan’s largest metropolitan, the world’s fifth-largest city, and a hub of economic activities, was listed among the least 10 livable cities with the rank of 136 and a score 40.9 out of 100. The performance score was evaluated against five main indicators: healthcare, stability, culture and environment, infrastructure, and education.

The report may not be a perplexing picture to many on account of what we routinely witness in our city life, i.e. travelling delays, scarcity of parks, flocked spaces, criminal threats, dilapidated roads and structures, epidemics, bogged walkways, and cluttered streets, to name a few. On such grounds, while Karachi is the only Pakistani city ascribed among the low performers across all livability parameters, many of our metropolitan cities suggest a similar dismaying reality.

A research done by the International Growth Center points to some alarming facts:

– In Pakistan, one in every eight urban dweller lives below the poverty line

– In most cities, only half of the population has access to clean drinking coupledwith the fact that 90 percent of the water supply arrangements were declared unsafe for drinking by the Asian Development Bank

– Poor water sanitation costs around 3.9 percent of the GDP and billed as a major cause of diarrhea-related deaths

– Transportation is often seen as a city’s backbone; however, Karachi is the only megacity in the world without a mass transport system, doubling the congestion of private cars over the past 20 years

– In three megacities-Lahore, Karachi and Peshawar-about 10 percent of children remain out of school

The Economist factsheet didn’t hit the news stories, as for many it does not equate to a crisis that would require an immediate response. However, we cannot get away with snubbing the reality to our incompetence, which will only exacerbate the problem that has already come to our heads. Given the evidence, we should question before it’s too late: What is going to be the future of our cities, and while the world strives for a healthy and friendly urban environment, why is it that our urban areas are becoming less human?

The global perception towards the functions of a city has significantly transformed. Today, the world stands at a unanimous belief that a city should be meant and designed for people and not for cars or concrete. Realisation of this perception is what makes cities livable. Backed by strong institutions and accountable governments, livable cities are proactively sensitive to ever-changing needs and emerging challenges. They are sensitive to local values, culture, and history associated with places. They give identity to people, which they take pride in, and create a sense of belonging to the environment where generations thrive, rejoice, and socialise with each other. They ensure that no segment of the community lives without basic necessities of life. Their systems of governance embody equity, justice and inclusiveness. They offer convenient choices for people of all age, race and gender. They prioritise people’s happiness, considering that our surroundings have impact on our moods, emotions, and mental well-being. Above all, they aspire for ambitious goals and become an inspiration for others to follow suit.

On such grounds, undoubtedly, we are far from beginning our journey to such an ideal destiny. Our pursuit for transforming cities would start at addressing the underlying problems of crime, inequality, political injustice, weak institutions, lack of efficient planning and poor urban management, results of which are evident.

In the wake of the present urban sufferings, the least we should do is bring inspirations from the developed world. We should learn how cities place communities at the center of governance and initiate new policy discourses along such lines.

Following the global best practices, municipal governments should come forward and take the lead by preparing strategic plans with clear objectives on improving the quality of life within their premises. Laws that govern cities should include aspects of livability and mandate local authorities to collect community feedback regularly.

This would require a paradigm shift that would only be possible by placing people at the heart of long-term policies and development agendas. In words of Enrique Peñalosa, the globally revered Mayor of Bogota, “We might not be able to fix the economy, we might not be able to make everyone as rich as American, but we can design the city to give people dignity, to make them feel rich, the city can make them happier”.