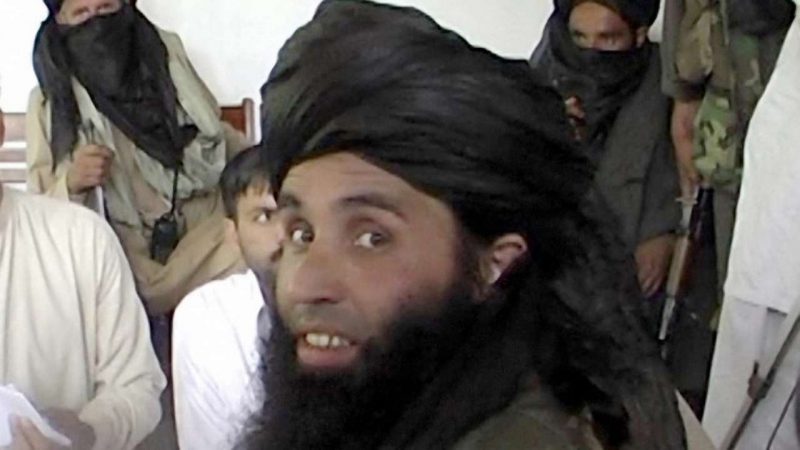 The US has slapped sanctions on the chief of the banned Tehreek-e-Taliban Pakistan (TTP) Noor Wali Mehsud and designated him as a global terrorist, as the Trump administration unveiled new tools to pursue terror suspects, their financiers and supporters globally.

A day before the anniversary of 9/11, President Donald Trump issued an executive order to expand the administration’s ability to go after suspected terrorists and their financiers and supporters. The list of 11 men the administration has termed as ‘global terrorists’ includes Noor Wali, also known as Mufti Noor Wali Mehsud – who was named the leader of Tehrik-e-Taliban Pakistan (TTP) in June 2018 following the death of former TTP leader Mullah Fazlullah.

The TTP chief is among 12 Specially Designated Global Terrorist (SDGT) leaders of previously designated groups including TTP, Hizbullah, Hamas, Palestinian Islamic Jihad, the Islamic State (IS), IS-Philippines, ISIS-West Africa and an al Qaeda affiliated group fighting in Syria. “Terrorist designations expose and isolate organisations and individuals, and deny them access to the US financial system. Moreover, designations can assist the law enforcement activities of US agencies and other governments,” the US State Department maintained.

“Today’s executive order by President Trump adds further muscle to US counterterrorism efforts,” Secretary of State Mike Pompeo said during a briefing to reporters at the White House. He said Trump’s action amends an earlier executive order that former President George W Bush initially signed after 9/11 by adding clauses to let the State and Treasury departments directly target leaders of suspected terror groups and their affiliates ‘without having to tie terrorist leaders to specific acts’. He said the order also more effectively targets individuals and groups participating in terrorist training and provides new authorities to impose sanctions on foreign financial institutions that knowingly do business with suspected terrorists.

Earlier this year, the US had declared the Balochistan Liberation Army (BLA) as a global terrorist organisation, making it a crime for anyone in the US to assist the militants and freezing any US assets they may have. The move to declare BLA as a terrorist organisation was seen as positive development since Pakistan had long been calling for such a decision.