For me, middle-class Pakistanis represent an amalgam of internal conflict and hypocrisy. They are indecisive about their identity, their faith and their ideology. They are not sure whether they should pick religion over culture, democracy over authoritarianism, capitalism over Islamic Socialism, or Sharia Law over the secular school of thought.

Think about Muslims living in Palestine for a moment. Because of them, Pakistan has never recognised Israel as an independent country; refusing to establish any diplomatic relationship with the Jewish State. Pakistanis hate how the powerful government treats its weak Muslim opponents on every side of the border from Lebanon to Syria to Gaza to the West Bank. Feeling lost and dejected, they believe the Palestinian Muslims are being punished for their faith, the faith they portray to hold so dear to themselves. However, when it comes to the treatment of the Chinese Muslims, people who follow the same faith and are also being persecuted similarly by a powerful state, their heart does not even skip a beat. In a televised interview, Prime Minister Imran Khan claimed ignorance twice to divert the question.

Again, their hearts melt just by talking about the tribulations of Rohingya Muslims; how their homes were set on fire and how they had to flee to Bangladesh. But the people of the same faith living in Yemen, who have been treated and kept in a lot worse condition by the Saudis, do not bother them, even when their hospitals are being bombarded and their ambulance fired missiles upon.

If Iqbal is alive anywhere today with his powerful message, it is in Kashmir. Kashmir is Quaid’s unfulfilled wish

When it comes to the religious freedom of the Indian Muslims and their right to eat beef, they like to extend all liberties to minorities. At that time, to score a point, Muslims living in the US, who enjoy a great deal of religious freedom as a minority, become the gold standard for them. But in the same breath, they want to snatch even the right to live from the followers of Ahmadi faith. Similarly, if Iran had not existed as a powerful Shia State just across the border, Pakistani Shias would have met the same fate as Ahmadis. And in the absence of a strong Agha Khan family, they would have declared Ismaili Muslims as non-Muslims through a constitutional amendment without any doubt.

In politics too, their confusion spurts out. If they believe the chances of their candidate winning in a presidential system are higher, they want the parliamentary democracy to be rolled back. However, if their party is winning in the current system, they want to continue with the same. If a military general takes over, claiming to clean the whole lot, they support him too!

Even when we factor in all the discrepancies and uncertainties, Kashmir pans out as a unique issue altogether. So, if the question is asked about the difference between the Muslims of Palestine, Rohingya, China, Yemen with that of Kashmir? Are all of them the same for you? The answer is a clear, unambiguous and a big NO. Here is why:

We do not owe any favours to any Muslim anywhere in the world be it Shia, Sunni, Deobandi, Agha Khani or Wahabi; be it Asian, White, Brown or Black. I do not think we have to stand up for Palestinians or Uyghurs if it is not in our strategic interest. For Pakistan, Pakistanis come first. Just like for Arabs, Arab Nationalism precedes any other ideology.

However, we owe huge favour to the people of Kashmir. In fact, we not only owe them a favour, but we also owe our hearts, our souls, our independence, and our identity to them.

The Pakistani Army, which has sacrificed hundreds and thousands of soldiers for the Kashmir cause, still has not done near as much as the people of Kashmir have done for Pakistan. They have lost their sons, their brothers and their fathers. They have seen their daughters insulted (read, raped), their mothers manhandled and their sisters abused. Every family has sacrificed. Every family has suffered, all for one reason: Pakistan. On top of all this, the bleeding just has gotten worse since India annexed Kashmir last month by removing its status as a disputed territory.

So, under no circumstances, we can obfuscate the debate by irrelevant point-scoring about Myanmar, or Bhutan, China, Saudi Arabia, Yemen or Iran. Kashmir is Pakistan and Pakistan is Kashmir. Our independence is incomplete without them. It is our duty to stand by them, and duty sees no bounds.

The writer is a US-based freelance columnist 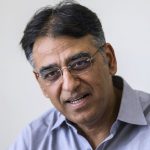 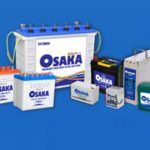 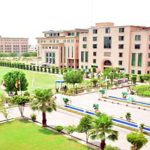