It seems like a test case, both for federal and provincial administration, to fulfil what they talk about a lot in the name of a catchy commodity: ‘plastic pollution’. Although very slow, the initiative has seen the light of the day in Islamabad, while CM Sindh has a few days left to let this dream come true. Steel nerves and long-term planning are the only tools that may hit where it hurts more, this time the masses.

Made by Leo Hendrik Baekeland, a Belgian-born American scientist living in the New York state, the first plastic based on a synthetic polymer was made from phenol and formaldehyde in 1907. By 1960s, plastics were just becoming popular. Polyethylene, which today is one of the world’s most ubiquitous plastics, had been created in 1898, and then again in 1933. 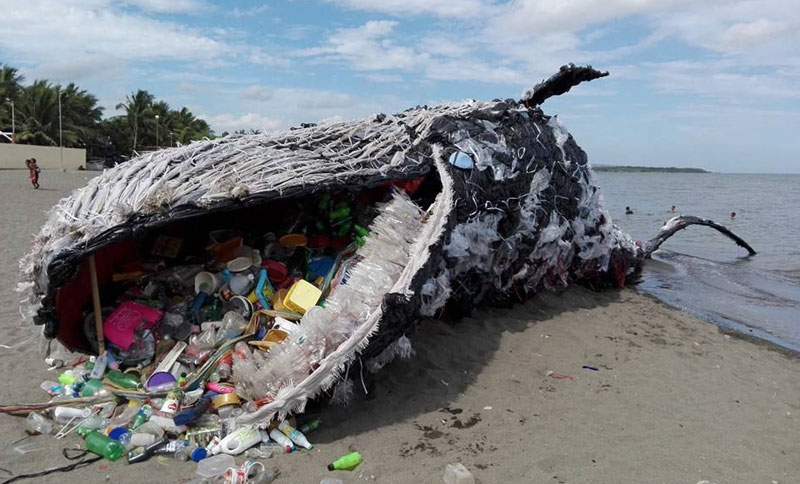 Plastic, a petroleum byproduct, is now a widely used item around the globe. Plastic is one out of 12 products produced when crude petroleum is subjected to purification, and thus a drop or rise in the price of oil directly affects the cost of making new plastic products, including bags and bottles.

Plastics are non-renewable and their disposal is done with burning the product, which leads to air pollution because poisonous chemicals are released into the atmosphere during combustion. When animals or humans inhale that smoke, it can affect their general well-being and cause respiratory disorders, including lung cancer.

Plastic pollution has caused great impacts on the environment by adding share into CFC gases, which in turn are a leading cause of depletion in the Ozone layer, a major cause of global warming. The Global Industry Analysts conclude that the global plastic consumption was approximated at 260 million tons in 2008, and it was predicted to be more than 300 tons in 2015.

The bulk of plastics also end up in landfills, and since they take years to break down, they heap up causing significant health implications

Plastics harm in diversified ways. Wildlife and marine creatures, at times, confuse plastic wastes for food, which affect them when ingested. Or they may be exposed to toxic chemicals present in plastics that can cause biological upsets. Instead of green pastures, urban cattle are subjected to eat from garbage.

It is a fact that large quantities of plastics have been found in the stomachs of many dead animals. When plastics are ingested, they upset or fill up the digestive systems of the animals thus contributing to their death due to blockage or starvation. It is usually seen that cattle roaming on roads spend hours on garbage and eat plastic. There are reports of marine animals trapped in plastic waste containing toxic chemicals, which can harm animals’ vital organs, ultimately taking them to the point of no return.

Also, toxic chemicals such as polybrominated diphenyl ether (PBDE), bisphenol A (BPA), and phthalates, leaching from the plastics, have been associated with medical problems in endocrine system in general and thyroxin and calciton in hormones in particular. Disruption in these secretions is known to affect reproductive performance of women and metabolism of juveniles.

The most unbearable aspect of plastic is the land pollution. Plastics wastes have resulted in the destruction and decline in quality of the earth’s land surfaces in terms of use, landscape and ability to support life forms. Mainly, it is because plastics leach hazardous chemicals on landforms,are breeding grounds for diseases, and litterthe available space, thereby reducing productive land areas. The bulk of plastics also end up in landfills, and since they take years to breakdown, they heap up causing significant health implications to plants, people, and animals within the surroundings.

Ground water pollution is still a hidden harm. Our municipalities do not have any proper solid waste management plan, and hence tons of garbage including plastic are dumped in landfills. Decomposing bacteria and scores of fungus species do their job decomposition; hazardous chemicals present in them seep underground when it rains. During the rainy season, chemicals leached from plastic are mixed with underground water table thereby creating underground pollution of a very dirty level.

Visit any water body, Kenjhar and Manchhar, for instance. Edges of the entire lakes are polluted with plastic, affecting a great number of aquatic creatures, including migratory birds that travel miles from the Tundra ecosystem to warm water lakes of Sindh.

Estimations reveal the existence of billions of tons of plastics in swirling convergences constituting about 40 percent of the globe’s oceanic surfaces. The concentration of the issue increases every day.

Plastic has also found an indirect route to get into the human body. Reports from India of toxins in cow milk led to a Supreme Court ruling in January 2014 in an attempt to make the milk supply safe. Toxins, including dioxins, pass into the milk from plastic ingested by cows, which in India are often left to fend for themselves and can be found foraging in the rubbish bins.

There are also reports that we are breathing in tiny particles of plastic, and we have no idea what they are doing to us.

These days, everyone is aware of the devastating extent of plastic pollution in landfills and in the seas and oceans, and the damage such plastic is doing to animals that live in and alongside rivers and seas. We have all seen distressing photos of turtles tied up with plastic can holders, or seabirds who died with stomachs full of plastic; however, I for one was not aware of the extent of plastic pollution in the air. Deposits of these tiny micro plastic particles are beginning to coat the whole planet. We are literally creating a plastic planet.

Our governments are best at lip service. A small-scale effort will not even be a pebble in the pond. There is dire need to develop robust and long-term policies to handle this issue. I would suggest developing a ministry of plastic pollution with responsibility of mass awareness against plastic pollution and use of re-cycled paper packings to reduce if not eliminate it forever. The mass of plastic detritus present in the oceans is so huge it is called the ‘seventh continent’. If this continues, by 2050, there will be more plastic than fish in the oceans.