How did it ever come to this? In 2008, after years and years of struggling against a dictator, we finally saw the light at the end of the tunnel. With a collective struggle by political parties, lawyers, journalists and activists, we had finally come a bit closer to achieving a dream that too many of us had been daring to dream ever since this country came into being. A dream in which Pakistan would finally be free to pursue its destiny of emerging as a vibrant democracy that well and truly represented the will of its people. Four years later, for the first time in the country’s history, there was a peaceful transition of power from one civilian government to the next. The political landscape was certainly heated, as politics is supposed to be, but all involved were clear on the fact that democracy would not be derailed in the pursuit of personal or party interests. The collective was more important than its parts.

One cannot help but wonder where and how it went so wrong. There now is a government in power that is undoing everything the last two governments did to cement the democratic foundations of this country. In days it undid the work of years, all in its selfish and vengeful desire of seeing all those that question it be made to suffer. Their sadism knows no bounds; it was clear to see when they put Nawaz Sharif and the top tier leader of the PML-N behind bars; it was reiterated when Imran Khan, at every chance he got, boasted about making sure the opposition leaders would be made to live in unliveable conditions. Nowhere is the bloodlust of this government and its leader more apparent then when one sees the treatment being meted out to Maryam Nawaz. 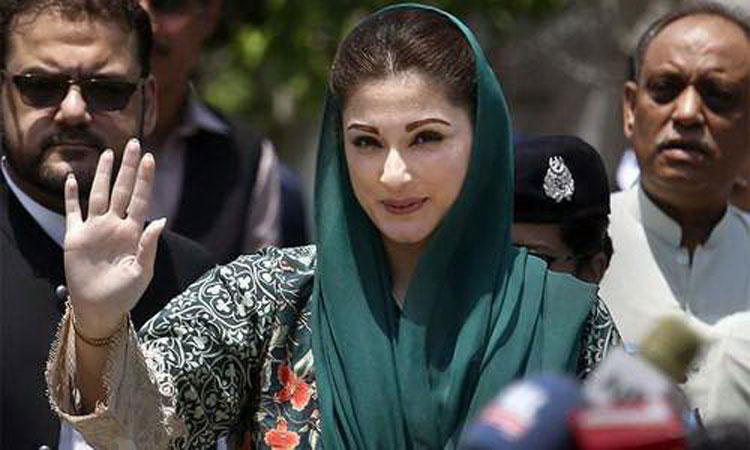 We as a society have always revered and protected our women, not because of some misplaced notion that perhaps women are in any way weaker or more fragile than their male counterparts, but because in our religion women are accorded a great deal of respect. Be it a mother, a wife, a sister, a daughter, all people are taught by our religion that women are to be respected above all others and should never be mistreated. It therefore comes as a despicable surprise, or perhaps in their case as no surprise whatsoever, that the PTI has focused all of its hatred, its inherent sexism and misogyny, on Maryam.

It was most probably because Maryam had started to connect with the masses of Pakistan as only her father had done up to that point. It was probably because the people would come out in hundreds of thousands to show her that she was never alone. It was probably because she is the one politician in our country at present that no other is like, in that she derives all of her strength and legitimacy from the people themselves. From forcing her to reside in a small dirty cell, to not allowing her supporters and well-wishers to meet her, and to forcing her to appear in a hot, damp, unventilated courtroom, this government has expended all its energy coming up with ways with trying to break her spirit.

The shining light in all of this, however, is the fact that Maryam’s spirit has become stronger because of this struggle

The shining light in all of this, however, is the fact that Maryam’s spirit has become stronger because of this struggle; it seems every action does have an equal and opposite reaction. The more this selected government and its mad king try to push down on Maryam Nawaz, the more she seems to be resolute to stand back up again. She has truly gone through a trial by fire, and she is poised to come out of that trial stronger and more inspired than ever.

We who know her from close are, every single day, moved by her strength, her conviction, and her unwavering determination to carry the burden of democracy on her shoulders so that we don’t have to. It is only a matter of time before there is course-correction in our country, before this unholy state of affairs is done away with, by the people themselves, and in its place, we once again contribute, every single one of us, to strengthen the foundations of our great country. And with every single passing day, it is also made clear that our course will be charted by Maryam Nawaz, and we are all better off because of it.

The writer tweets at @maizahameed and can be reached at maizahameed@gmail.com