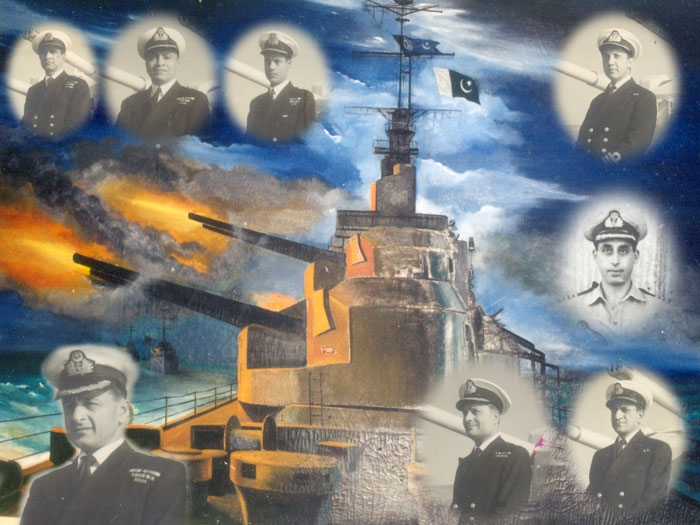 The Indian Ocean Region (IOR) has been significant since ages due to its geographical connectivity with land masses. In its entirety, IOR adjoins three continents, Asia (South and Southeast Asia), Africa (East Africa), and Australia (Western side of continent). Yet all these adjoining regions make IOR strategically important. Particularly Northern Indian Ocean is hub to economic, strategic, and political activities, and heavy global flows transit through this part of Indian Ocean. These global flows need uninterrupted and secure Sea Lines of Communication (SLOCs) for maximization of gains as well as utility for the stakeholders. The SLOCs are principal maritime connectivity routes between ports and harbours established over long time for maritime trade, logistics, defence and strategic purposes. The SLOCs are considered jugular veins for states as global flows of commerce, energy, technology; means of communication, humans, and even illegal/irregular economy are solely dependent on SLOCs.

Historically Northern part of Indian Ocean is considered quite vulnerable due to its littorals being situated closer to three significant choke points; Strait of Hormuz, Babul Mandeb further connecting to Suez Canal, and Mozambique Channel with rather common feature of coastal states having identity of developing and under-developed states. The backwardness of these countries causes serious issues for security and stability of the region mainly due to illegal activities and non-traditional security threats like piracy, abduction for ransom, theft, hijacking, illegal fishing and coral harvesting, gun running, smuggling and trafficking of humans, narcotics, goods, arms, and even resources like sand and gravel.

The SLOCs are not jugular veins for global flows only; but lifeline for security, peace, and stability of the region which is highly dependent on smooth flow of maritime activities. In case if these SLOCs get disrupted somehow, that will impact global flows causing grave implications for international system; even putting the region on verge of violent conflict or limited war which might have spillover effect and could seep into littoral states using their regional conflicts. As matter of fact, these SLOCs have no alternative options or routes; that is why these SLOCs need to be protected by and large.

The regional conflicts, patterns of convergence and divergence, mixed with interests of great powers, regional and extra-regional both can cause traditional security threats. Constantly shifting maritime balance of power and clash of interests in IOR is another factor which can become driver of rising insecurities and can be instigated into conflict. Maritime build-up by regional and extra regional actors have emerged as big reason of fluctuating balance of power in Northern IOR particularly as the US and China are establishing naval bases and commercial ports. These powers in strategic partnership with regional actors are making current situation further vulnerable.

Pakistan is situated in North of Indian Ocean with coastline stretch of more than 1000 kms, and seaward is Exclusive Economic Zone (EEZ) of Pakistan which is about 240,000 sq. km., with additional area of Continental Shelf which is about 50,000 sq. km., making maritime zone of Pakistan 30% bigger than the land mass according to National Institute of Oceanography, Pakistan. Not only maintaining peace, security, and stability in SLOCs passing through that region is responsibility of Pakistan’s Naval Force and law enforcement agencies, but being guardian of maritime frontier of Pakistan, Pakistan Navy (PN) performs several responsibilities assigned with reference to cooperative and collaborative security arrangements.

Pakistan Navy has always been following the principle of freedom of navigation as well as performing duties to maintain peace and security to Northern IOR. Pakistan Navy’s commitment to peace and security in the region is quite evident through its strong role and vanguard performance making it pioneer contributor to joint efforts for regional security, peace, and stability. At regional level, PN was first to join US-led Coalition Maritime Campaign Plan (CMCP) and Counter-Piracy Deployment as part of Combined Maritime Forces in 2004 which was aimed at checking illegal activities including potential threat of maritime terrorism in the wake of War on Terror. Under that initiative, Pakistan Navy has been performing its responsibilities by being part of Combined Task Force-150 (CTF-150) and Combined Task Force-151 (CTF-151) meant to control and curb maritime terrorism, and piracy respectively. Several successful operations have been launched to secure SLOCs in Northern Indian Ocean which has mitigated these challenges quite remarkably.

Pakistan Navy has led these task forces several times which has not only helped in maintaining security and peace in the region but provided Pakistan Navy with extensive opportunities to increase its operational capabilities as well as to excel in maritime-based “blue diplomacy”. In the year 2018, Pakistan Navy initiated Regional Maritime Security Patrols (RMSP) in Indian Ocean which was aimed at curtailing terrorism, maritime crime, trafficking, smuggling, and piracy. It was an independent initiative which was appreciated by the regional and extra-regional actors. The core concept behind RMSP was to enhance cooperation at regional level making the region strategically autonomous.

Pakistan as a state acts according to UN Charter as policy guidelines, and observes international law. Pakistan Navy participates actively in international forums related with maritime domain. Particularly Pakistan Navy represents the state in events like Indian Ocean Naval Symposium and Western Pacific Naval Symposium. Similarly different collaborative ventures, and exercises aimed at enhancing operational skills and technology and information sharing are conducted. Such an exercise is called “AMAN” which is biennial exercise and works on the common grounds and shared objectives among states. Not only operational excellence and technological advancement are the goals of this exercise, but academic aspect is not overlooked. Therefore seminars, conferences, exhibitions, and field visits are tailored to needs of research and development.

Pakistan Navy is one of the world navies with higher levels of professional competence, operational capabilities, and dedication not to serve its own country, but to help mankind when and wherever required. Nonetheless the professionals of PN always stay on forefoot if some disaster occurs in the ocean and help strangled people in anyways. Indeed Pakistan Navy is not a force only meant to extend state’s policies through coercive means, but it believes in peaceful coexistence in the region and to maximize relative gains in form of economic security, strategic stability, and regional peace by and large.