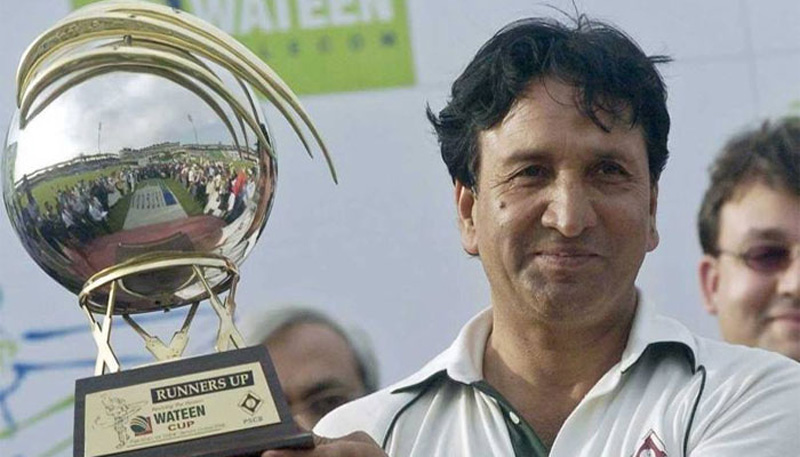 Former Pakistan star leg-spinner Abdul Qadir Khan died of cardiac arrest at the age of 63 here on Friday. Qadir’s son Salman Qadir confirmed the demise of the iconic cricketer. The former star was shifted to Services Hospital after the heart attack but he could not survive. Natural talent combined with aggression and passion made Qadir one of the most successful spinners of his era. Imran Khan was to be a key influence on his career, one of the few capable of getting the best out of Qadir the man and bowler. He had a distinct run-up, bounding in to the crease, and a great variety of deliveries: there was the orthodox leg-break, the topspinner, two googlies and the flipper. His fervent appeals made him a great favourite with the spectators but sometimes got him into trouble with umpires. Qadir played 67 Test matches during 1977–90 and took 236 wickets, with an average of 32.80, including 15 five-wicket hauls. His best bowling performance was against England at the Gaddafi Stadium Lahore in 1987. He also scored 1,029 runs including three fifties. Qadir played 104 ODIs, claiming 132 wickets.

Imran Khan transformed Qadir into a brilliant bowler during his captaincy and he always managed to get the best out of him. His bowling even made the mighty West Indian team clueless during the 80’s. Cricket would have been poorer had it not been for the contribution of Qadir. The art of leg-spin bowling was dying during the decade of the 70s and it seemed that there would never be another leg spinner in the coming. Qadir ushered in a renaissance that made leg spin bowling a cherished art form. The legendary cricketer played his first Test against England in Lahore on December 14, 1977 and first ODI against New Zealand in Birmingham on June 11, 1983. He played his last international Test against West Indies in Lahore on December 6, 1990, while his last ODI was against Sri Lanka in Sharjah on November 2, 1993.

Qadir was a fighter to the core. He also was a handy bat lower down the order. He played a few combative Test innings and some vital ODI ones. He once thumped Courtney Walsh for 13 runs in the last over of the match to give Pakistan a one wicket victory in the 1987 World Cup match at Lahore. With the emergence of Mushtaq Ahmad, Qadir retired from cricket in 1993. He had mentored Mushtaq and Danish Kaneria admirably.

Qadir worked with Pakistan cricket in several capacities after his playing career was over and ran a private academy just outside Gaddafi Stadium. He became the chief selector of the PCB in 2008 but resigned after six months. It is impossible to believe that wrist-spin has ever been bowled better than Qadir. The Pakistan Cricket Board offered its deepest condolences to Qadir’s family and friends. “PCB is shocked at the news of ‘maestro’ Abdul Qadir’s passing and has offered its deepest condolences to his family and friends,” the PCB tweeted.