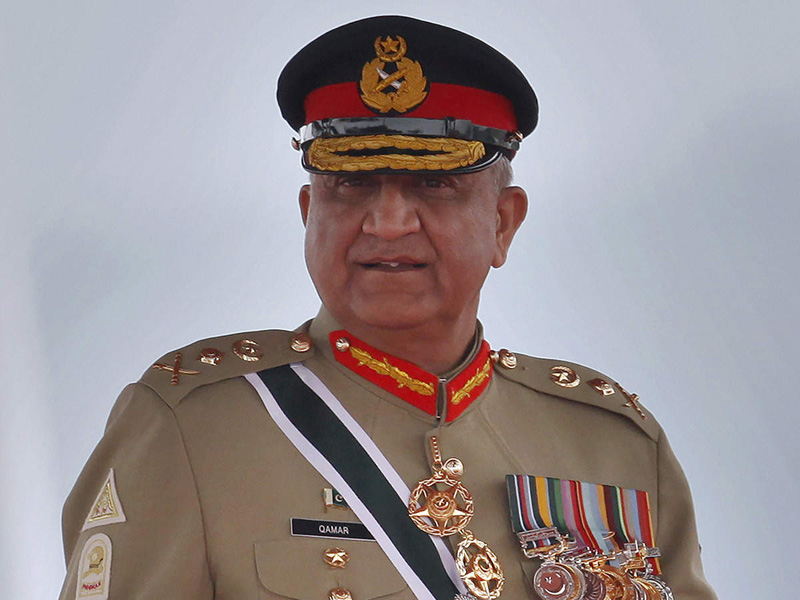 Matters of mutual interest including growing bilateral ties and security situation in the region were discussed, according to a media release by Inter-Services Public Relations (ISPR). The COAS highlighted that Pakistan is proud of its special strategic and brotherly relationship with Kingdon of Saudi Arabia and United Arab Emirates.

The isiting dignitaries appreciated Pakistan’s role for peace and stability in the region and assured of their full support to resolve the situation created by India’s unilateral steps in Indian-held Jammu and Kashmir.

Both leaders arrived together on Wednesday in an unprecedented move, seen by many as an effort by the two key Arab countries to reassure their support to Pakistan. They held formal talks at the Foreign Office with Foreign Minister Shah Mehmood Qureshi and then detailed discussions with Prime Minister Imran Khan.

The development came amid concerns that key Muslim countries including Saudi Arabia and UAE have so far given a muted reaction to India’s illegal annexation of disputed Jammu and Kashmir region. Pakistan has requested Saudi Arabia and UAE to take a ‘clear and unambiguous’ position on the Kashmir dispute at a time when people of Pakistan and Kashmir expect a ‘strong support’ from the Muslim world.