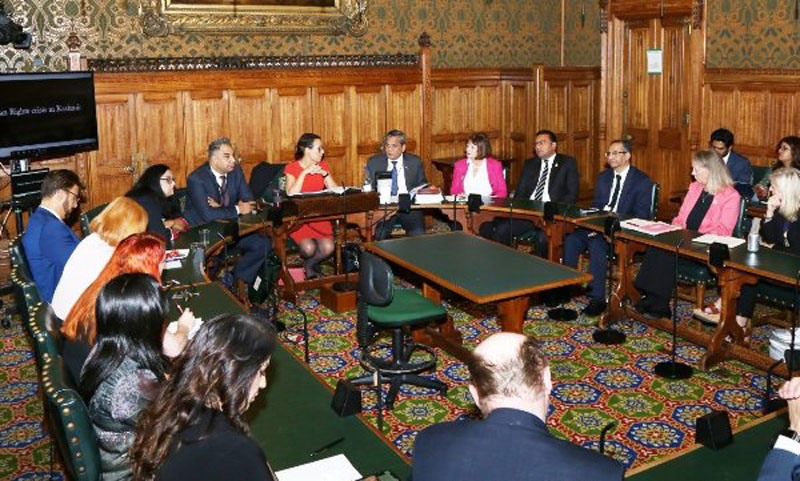 LONDON: Pakistan High Commissioner to United Kingdom (UK), Mohammad Nafees Zakaria, has said that the tragic human rights situation and the ongoing humanitarian crisis in Indian Occupied Kashmir (IOK), since August 5, 2019, in particular, and for the past seven decades Indian governments had been perpetrating grave human rights’ violations in the occupied territory unabatedly with impunity.

The high commissioner stated this while briefing the British parliamentarians at the House of Commons on Humanitarian Crisis in Indian Occupied Kashmir (IOK), a statement issued by the High Commission here said.

He informed them that continued human rights abuses in IOK were an affront to the conscience of humanity.

High Commissioner Mohammad Nafees Zakaria held a closed meeting with a large number of UK parliamentarians facilitated by the All-Party Parliamentary Group on Kashmir (APPKG), in the House of Commons on Wednesday.