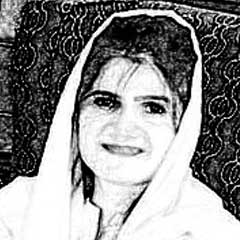 As an IVLP to the US

IVLP (International Visitor Leadership Programme) is sponsored by the United States’ Department of States. Every year current or emerging foreign leaders in different fields get the opportunity to visit the United States. Fortunately, for the year 2019, I was one of the participants in this programme. This short-term visit included a diverse range of activities like visits to the different states, interaction with the people of the United States, acquittance with the culture and history of the US. This was my first visit to the United States, which helped in the promotion of our mutual understanding by way of practical observation in the United States.

This trip has removed many of my misconceptions as I have never been to the US earlier. Before embarking on visit to the US, I had many misconceptions regarding the people and the culture of the US. I had preconceived ideas that the people in the United States might not be friendly towards us as they belong to the most powerful country of the world. However, to my utter surprise since the day we landed in DC to our last day, we were warmly welcomed by our hosts, we are guided at every stage of our stay there. In addition to that, our hosts were very humble, caring and down to earth totally in contract to my earlier perception. Smile and politeness were inseparable part of their personality.

Problems of the American women hardly differed than that of ours. I had earlier considered women in the US might not have been encountering any issues. Unfortunately, American women have to undergo the same problems like that of the third world countries. I am glad to acknowledge the fact that women in Pakistan are more respected in society and they are also more powerful than that of the US. In one meeting, we asked our hosts that what is the reason that since the United States declared its independence in 1776, no women president of the United States has ever been elected? Shockingly, we got the answer that the people in America consider women incapable of running the affairs of the country so no women has ever got elected to the highest office of the country. We, proudly, told to our hosts that Benazir Bhutto as a female became the first head of government, prime minister, in Pakistan in the year 1988. Similarly, we had our first female Speaker of the National Assembly in 2013, speaker of the Balochistan Assembly, first foreign minister, etc.

Salary differences were also prevalent between male and female employees. In the United States, I also observed that the female employees were paid less salaries than their male counterparts even though the same amount of work was contributed by both accordingly. This discriminatory salary packages existed in both government as well as in the private organization. On the other side, salaries in our country are same for both the genders. In terms of female representation, it also varied.

The people in America consider women incapable of running the affairs of the country so no women has ever got elected to the highest office of the country. We, proudly, told to our hosts that a female became the first head of government, prime minister, in Pakistan in the year 1988, Benazir Bhutto

Culturally, the people of the United states are proud of their culture and they have also preserved their culture. They are also promoting their culture and history through pictography. In almost every historical building, one will encounter pictures depicting history of the US. Besides, we also came across pictures in every legislature of the state, which we had the opportunity to visit. They have also build the statues of the famous historical personalities of the United States at different historical places.

Besides, we also witnessed the ceremony of paying homage in case a notable personality passes away.

Above-all, it was a visit to familiarize with the culture, history and institutions of the United States and it helped in removing many of my misconceptions. It has also helped me to draw important lessons for my country such as strong institutions, accountability mechanism, working of the women caucuses of the legislatures as this writer has also served as the Convener of the Sindh Women’s Parliamentary Caucus (SWPC) earlier. This visit has indeed removed my misconceptions and enhanced my understanding about the United States. It is urged to the stakeholder to increase such opportunities for the women of Pakistan in order to further promote the mutual understanding between the two countries.