The expanding role of India in Afghanistan

Afghanistan has been offering a stage of massive showdowns for almost three centuries. The British Empire marched into its territories with the intent to expand the tentacles of its clout way up to Central Asia, but the guerrilla fighters of Afghanistan refused to let it keep its military bases intact. The same land became the unforgettably distinctive graveyard of Russians in the later part of the 20th century when the Afghan, along with the financial and military backing of the US and the robust support of Pakistan, brought the humongous Soviet Union to its knees, resulting in its disintegration into more than 20 sizable countries along the lines of ethnicity. Afghanistan has once again morphed into a cauldron where the intricately woven interests of the great powers are vying for supremacy and dominance. 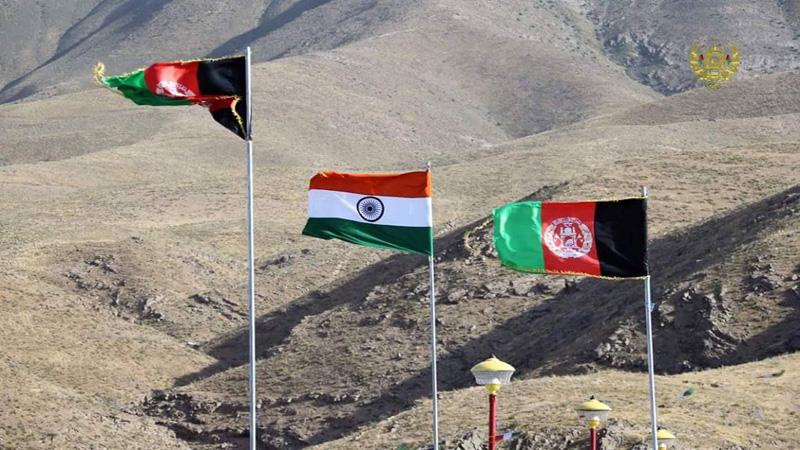 India has enjoyed an actively vibrant role in defining political manoeuvrings in the power corridors of Afghanistan. The Taliban took over Afghanistan in September 1996 by dismantling the inept government of Burhanuddin Rabbani, and kept making inroads into the Afghan territory. By 2001, more than 90 percent of Afghanistan was under the stringent control of Taliban. The preponderance of the Taliban was Pashtun in ethnicity, with a handful of Hazaras and Tajiks.

To counter the force of the Taliban, Rabbani, a Tajik, forged an outfit mostly comprising of Tajiks, Uzbeks and Hazaras, with the assistance of certain prominent figures such as Ahmed Shah Massoud and Abdul Qadir. That nascent reactionary legion, infused with the over-spilling desire to knock down the Taliban, was backed up financially, militarily and diplomatically by India. The Indian military instituted a 25-bed hospital at Fakhor in Tajikistan in 2001 in order to provide medical services to the belligerent sections of the Northern Alliance. Massoud was dispatched to the same military hospital after he sustained grave injuries in a suicide attack.

Pakistan was one of the very few countries to have acknowledged the government of the Taliban along with Saudi Arabia and the UAE in the 1990s. Soon after 9/11, Pakistan brought a radical paradigm shift in its policy towards Afghanistan, and offered its air corridor and land routes to the US to launch strikes into Afghanistan. But Pakistan did not close down its covert contacts with the Taliban, probably owing to the mutual mistrust that inherently lies at the hearts of both the nations. The highest leadership of the Taliban, after having been driven out of power in Afghanistan, sought refuge in Pakistan, and knitted together a masked cohort by the name of the Quetta Shura, with strong ties with the conservative seminaries of Pakistan, especially the Deoband.

After more than two decades into the war with billions of dollars pumped into Afghanistan for the eradication of the Al-Qaeda, US forces are ready to engage with the Taliban to shape up a formula that will accommodate all stakeholders in the political dispensation. In this context, India is lobbying to expand the circle of its diplomatic, political and military leverage in Afghanistan by injecting massive funding into the developmental sector to push aside the inevitable role of Pakistan as a midwife to the transition of smooth democracy.

India is lobbying to expand the circle of its diplomatic, political and military leverage in Afghanistan by injecting massive funding into the developmental sector

In the recent years, India has made a deal with Afghanistan regarding the supply of Indian-manufactured arms to Afghanistan. The Afghan National Force (ANF), whose size has swelled to 350,000, is assessed, monitored and trained by US forces in collaboration with the Indian military. The intriguing facet to the military expansion of Afghanistan is that Pakistan is the only country with which it has a territorial dispute, and the ANF, which is trained on the lines of US and Indian military doctrines, can be used against the forces of Pakistan in the future over the outstanding issue of the Durand Line. India has planned to set up a railway line across the geographical length of Afghanistan. It is constructing a strongly guarded building, the Afghan parliament, in a span of a few months.

Afghanistan is to receive scores of aircrafts from India for the purpose of cargo and commutation. India has formed a humanitarian axis by designing the sophisticated, state-of-the-art Indira Gandhi Hospital right in the heart of Kabul. A web of roads interconnecting the far-flung regions of Afghanistan, lagging behind in the realm of infrastructure, has been designed by India on paper, soon to be materialised after a feasibility report. Collectively, India has pumped more than two billion dollars for the re-development of Afghanistan in a bid to foster cordial ties with the civil society and its major stakeholders.

Having examined the US allowing a spacious role to India in Afghanistan, Pakistan did not step back and involved China in the political process of the Afghan reconciliation talks. Pakistan helped China cultivate contacts with the Quetta Shura. China demands a guarantee from the Taliban to avert any possible militant activity by the East Turkistan Islamic Movement into its territories. In reciprocity, China will further push the agenda of the Taliban globally for substantial concessions in terms of political dispensation.

India is allegedly complicit in flaring up separatist sentiments in Balochistan and bankrolling militant outfits from across the border of Afghanistan. The US needs to ‘redefine’ the role of India in order to let the peace talks materialise into a workable negotiation.

The writer is a Graduate of New York University (Majored in History and Philosophy). In addition, a prospective candidate for the Ph.D. program at NYU