What works in Australia, doesn’t in Pakistan — not yet at least 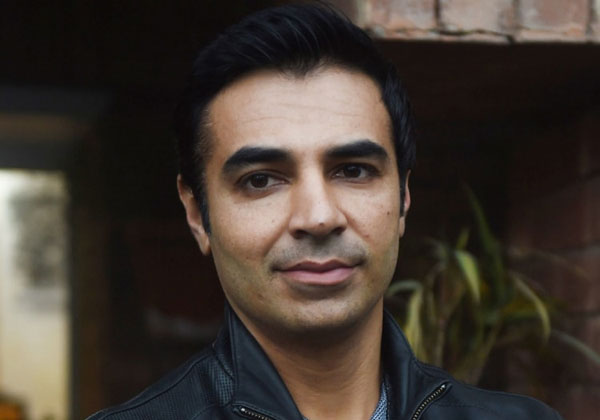 The recent debate on dissolving the current domestic cricket structure of Pakistan and introduction of regional-based system has created much disaffection in the fraternity. Our respected Prime Minister and the Pakistan Cricket Board (PCB) wish to have a restricted number of people playing first-class cricket, as in the Australian domestic cricket model, in order to create a higher level of competition, which it thinks will bring greater quality. As someone who is a part of this field, I wish humbly to disagree with the suggested changes and raise a number of points for consideration. We would be doing a great wrong if overnight we shut down the current Pakistan domestic structure which provides prospects and a vital income for so many players and their families. Like anything in the world, our system has flaws, but it has also kept many players engaged in competitive cricket. For those affected, it will be like being fired by a company, without getting a pension, after serving them loyally for 20 years.

When Pakistan lost Saeed Anwar and Waqar Younis shortly before the 1992 World Cup, we still managed to win. Yet when a one-year ban was imposed on Australian players Steve Smith and David Warner, they slipped to the bottom of the rankings. This shows that it is not a simple formula that fewer teams will produce a quality side and more teams a worse one. India has 37 teams in its first-class competition, the Ranji Trophy. Equally, parts of the world with less than sophisticated cricket structures have produced world-beating sides, such as West Indies in the 1970s and 80s and Sri Lanka in the 1990s. Sometimes, it might be a combination of a sound foundation and good fortune that turns a good side into a great one.

Diet plans, instructors, fitness regimes are all very expensive, and even a Pakistan’s middle-class family can manage them with no real hope of a return. If you are a fast bowler, you need 5-6 pairs of spikes every year and need to have a specific diet while going to the gym every day. 2-3 bats and spikes can easily hit a price tag of Rs.200,000/-, which is an investment for nothing if you overlook the importance of domestic competition. The current department teams are made and paid for by sponsors, which matters a lot in our field. Match officials, grounds, kits, playing equipment are all taken care of by these sponsors. These sponsors don’t ask for much, their matches are not televised, and no demands are raised, so what is the point of dismissing this huge support from our domestic cricket structure?

We would be doing a great wrong if overnight we shut down the current Pakistan domestic structure which provides prospects and a vital income for so many players and their families. Like anything in the world, our system has flaws, but it has also kept many players engaged in competitive cricket. For those affected, it will be like being fired by a company, without getting a pension, after serving them loyally for 20 years

Importantly, England and Australia are welfare states. For example, if a player gets sick in those countries, the medical is either insured or free. Education is free, there is a weekly allowance as well, and the option to rent a reasonable property is always available, so the standard of living is great. Can our officials ensure that the same level of facilities will be provided to our boys? Our youngsters come from middle to low-income families, and their parents would rather have them work at an office to earn than leave them at the mercy of a cricket system which offers them so little prospects and no income. That means that only the children of the more well-off in Pakistan will pursue a career in cricket, which we all know would be a loss of some of our greatest talent.

Pakistan is not Australia: The Australian system is for 2.4 million people only, and it is a welfare state, whereas we have a population of 207 million, many of whom go to bed without eating a proper meal. In Australia, you can become a much bigger star in various other sports, an option which can’t be applied to Pakistan. Cricket is the only field where a person can expect to gain recognition. If this single option is also busted, where will you find future stars? Australia has an established cricketing structure, hierarchy, and feeder system for the first-class game. We don’t have anything like the same sound footing through which promising players can be identified and nurtured in our school, club, and college/university-level cricket. We don’t have a similar pyramid-style structure that will provide the talent pool from which we can nurture and unearth the stars of the future.

Naturally, I want Pakistan to have a world-class system and to consistently be the best cricket team in the world. However, the governing bodies don’t need to dissolve the existing things that are happening to bring out this change. Let the current system coexist with the PCB’s new vision, and then we can expect some betterment and a frame of reference. This way, you can open the door to more competition which is healthy for a youngster stepping into this game. There will be no complaints, and there well no opposition.

So just like the 70 players of Pakistan Cup, six teams can be made out of 90 best domestic players if they are 15-a-side. A four-day competition can be held out of these six teams just like the Pakistan Cup, and that can be named the premier first class division/ tournament which is also the Prime Minister’s vision. However, there should be a system that squeezes out quality players from this lot to be considered for the national team by selectors. It can be a justified selection as per the player’s particular performance in any match. When a player makes it to these 120 or so lot, they should be paid a good fee and kept in good accommodation and provided the chance to prove their abilities to be considered as a key player for the national team. I propose that this tournament should applaud the vision of our PM. This ‘Premier Level’ should be termed as a highly interactive competition that brings out the best in each player. The result: players who can quickly adjust to international standards. If you want to get 120 players who are under 30, how do you expect them to learn? The players who are 30 plus and know tricks and trade of longer formats can become mentors to the younger lot as they play together in premier level tournaments. This is apart from the monetary benefits.

Revamp basic level cricket: To achieve international standards, we need our school cricket, club cricket, and college/university level cricket to be taken seriously. Stop playing T20s at the junior level and let the youngsters play two-day or three-day matches to test their stamina. Twenty20 is not the ideal format to season your cricket techniques. If you want to play T20s there is no harm, but longer format cricket must become a norm in basic levels. I believe there is a lot to lose if they revamp our current domestic structure and plan to start from scratch. Just as the Punjabi expression about not slapping your own cheeks red teaches us, things cannot artificially be forced to be something they are not. Any new structure has to coexist at least for half a decade to get a good bunch through. Meanwhile, find a way to finance players, because it is a source of inspiration for a young man who wants his family and friends to believe in his ambition, or else he would be shoved into a university to pursue a career for which he has no passion. For now, we can’t entirely replicate Australia. So, we should start slowly, coexist with the system, so that healthy competition can show us the way.

(The writer is former captain of Pakistan cricket team)