Japan of the Shoguns 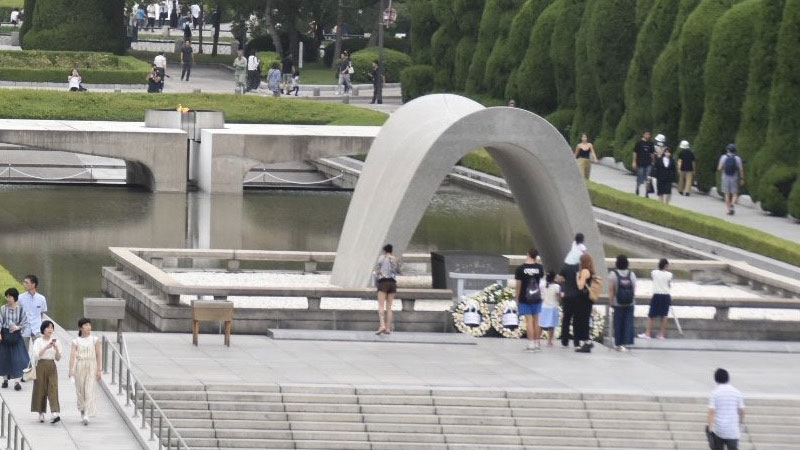 Japan, or Nippon as the natives call it, is a land of contrasts. It’s a place where the traditional blends into the modern seamlessly, where bullet trains take you to castles where the Shoguns once ruled, past shrines where Shintoism is practiced, and past temples where Buddhism is practiced.

It is a place where skyscrapers co-exist with low-rise buildings and it’s a country whose brands are ubiquitous around the globe. To name just a few: Nikon, Canon, Fuji, Mitsubishi, Toyota and Honda. And it’s a country that has been the setting for top-rated movies such as Rhapsody in August, Memoirs of a Geisha, Kill Bill, You Only Live Twice, Lost in Translation, Tora, Tora, Tora, and The Last Samurai. It was also featured in Shogun, the TV miniseries starring Richard Chamberlin.

In our first visit in October 2015, we visited Tokyo, the capital, with its multitudinous attractions and Kyoto, the ancient capital, home to many temples and shrines. A place where could do your share of sightseeing and then walk along the Philosopher’s Walk which has no sights to offer but plenty of space to think and reflect on the deeper issues of life and death. We also visited nearby Nara, home to a large Buddhist temple on whose grounds the deer roamed fearlessly.

This time the focus of our visit was the town of Hiroshima, which had observed the 74th anniversary of the atomic bombing on the 6th of August. We began by spending three days in Tokyo. Then we boarded the bullet train (“Shinkansen”) to Osaka and spent a couple of days there. And then we went with a group tour on another Shinkansen to Hiroshima.

That tour also included a stop in Miyajima Island, home to a storied Shinto shrine, Itsukushima, and the iconic O-Torii Gate.The shrine is dedicated to three goddesses who are worshipped as deities of the sea. It was first built in 593. In 1996 it was designated as a World Heritage site. The island is regarded as one of Japan’s top three scenic spots. A brilliant display of fireworks takes place on the sea across the shrine every year in August.

In Tokyo we stayed in a trendy area known as Ebisu famous for its Garden Place. We took the train from there to tour the National Museum which was spread out across several buildings, each housing a different collection of art. Its origins go back to 1872.

We focused onthe Toyokan which houses Asian Art. The collection was phenomenal. It included artifacts from ancient India, some of which were from the Gandhara civilization which was located in the areas that now comprise Pakistan. As a bonus, it included two mummies from Pharaonic Egypt.

We thought the collections would be from the Shogun era in Japanese history. But the collections were from China. It included artefacts from an era that began in 169 AD and ended in 280 AD with the reunification of the land. The Han dynasty was coming to an end and was replaced the three states of Cao Wei, Shu Han, and Eastern Wu.

In our first visit in October 2015, we visited Tokyo, the capital, with its multitudinous attractions and Kyoto, the ancient capital, home to many temples and shrines. A place where could do your share of sightseeing and then walk along the Philosopher’s Walk which has no sights to offer but plenty of space to think and reflect on the deeper issues of life and death

That story is captured in a popular historical novel, “The Romance of the Three Kingdoms,” which was published in the 14th century and a contemporary video game has renewed interest in that period of Chinese history. A friend at work of Chinese descent told me that this special exhibit commemorated the 40th anniversary of the China-Japan Cultural Exchange Agreement. The overwhelming majority of items in this exhibition were being displayed for the first time in Japan.

For seven centuries Japan was ruled by the Shoguns, or war lords. They held total sway over their territories from the 12th to the 19th centuries. Nominally, they reported to the emperor but in practice he reported to them. The Shogun era has been documented in several books, movies and TV series. They built several castles two of which we were able to visit on this trip.

The first one was Himeji Castle (Himeji-jo in Japanese) which is also referred to as the White Heron because of its pure white color scheme. The castle dates back to the 14th century. In 1931, it was designated as a national treasure and in 1993 was designated a World Heritage Site. A beautiful garden with several ponds lies near the castle. This castle was the highlight of our trip from an architectural perspective.

And the second one was Osaka Castle (Osaka-jo in Japanese). It was built in the 16th century. The castle forms the backdrop for James Clavell’s famous historical fiction novel, Shogun. It also played a role in the filming of the James Bond movie, You Only Live Twice.

The tour of Hiroshima left us in a serious state of depression. The damaged building now known as the Atomic Dome symbolizes the trauma that gulfed the city when a US B-29 bomber dropped a single bomb above the city at 8:45 am on the 6th of August, 1945. The nearby museum summed up the misery that followed. It had pictures and quotes that helped visualize that horrible moment in time which took away 140,000 lives, mostly those of mothers and young children.

The punctuality and the easy availability of the trains in Japan is truly astonishing. You can get from just about any place to any other place simply by taking a train. However, WiFi service on these trains is intermittent and food service on the long range bullet trains not up to par.

The restaurants in Japan provide an almost infinite variety of cuisine. There are the sophisticated ones where presidents eat and where movies such as Kill Bill are filmed. And there are run-of-the mill eateries such as the American fast food chains of McDonalds and Burger King.

But there are few choices vegetarians or those with food allergies. Japan really needs to up its game in this area.

English is poorly understood which is surprising for such an advanced country that is so well-integrated with the global economy. One tourist found a way around the language barrier by carrying a portable device that translated in real time.

The electrical wiring on poles was so messy in the big cities that I began to wonder if I was in a third-world country. We did not see a single solar roof or EV charging station for cars.

The weather was hot and humid much of the time that we were there. Even then, we returned with very pleasant memories. We intend to come back.

The writer can be reached at [email protected]. He Tweets at @AhmadFaruqui