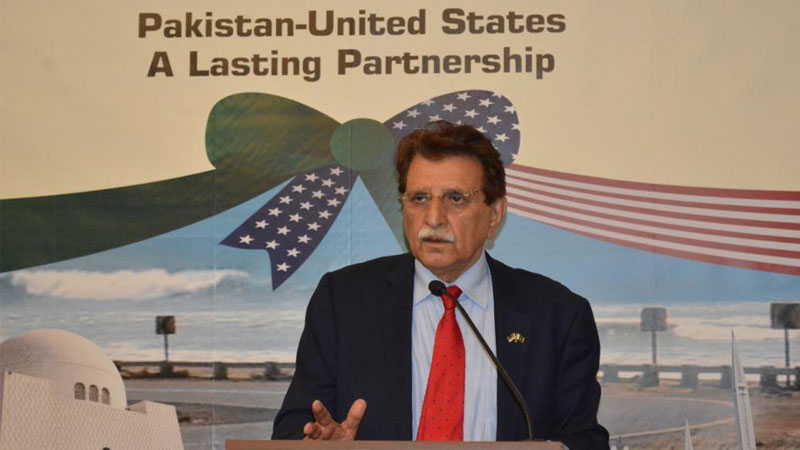 Azad Jammu and Kashmir Prime Minister Raja Farooq Haider Khan assured the Kashmiri and Pakistani American community that Kashmiris “will not give India the opportunity to present our struggle for freedom as terrorism”.

While addressing a Pakistani community event at the Pakistan Embassy in Washington DC on Monday night, Khan added, “We will guard our borders and ensure no terrorism generates from our side – we will never allow this.” He rebutted India’s allegations of Kashmiri terrorism; insisting Kashmiris advocated for a “peaceful struggle” for freedom. “There is no place for terrorism in our strategy,” he stressed. “We are on a higher moral ground.”

He said previously Kashmiris had been mislabelled as terrorists as they fought for their occupied land.

Khan said, “Why allow ourselves to be labelled incorrectly again, to be called terrorists. In the past we have been unfairly labelled.” He said this in reference to India’s assertions that Kashmiris defending their rights were terrorists. Moving forward, he said, “There is no alternative for a peaceful struggle.” He insisted that the Kashmiri resistance to India’s occupation was non-violent. 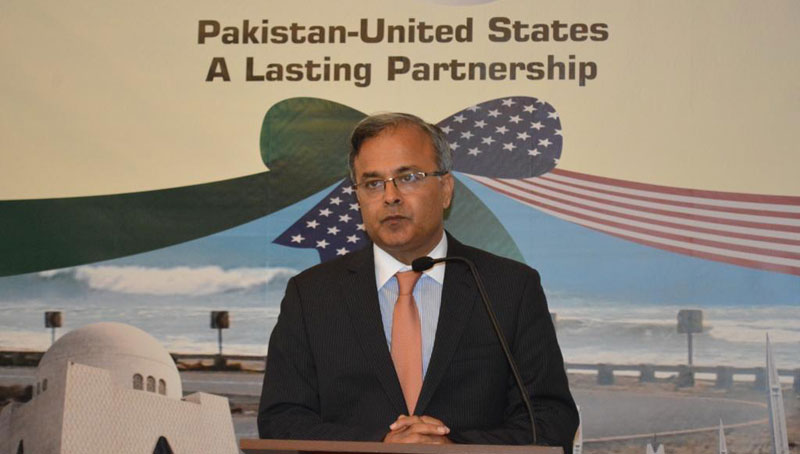 He described how 8 million people are living in a “virtual prison” for the past 22 days since India, “occupied the valley it has been under siege and disconnected from the world.” He said, “no one knows what will happen in the prison.” He added the Kashmiri people do not have access to food and medicine with “youths are being arrested and taken to undisclosed locations…women, children and the elderly are experiencing daily abuses including rape and beatings.”

Khan highlighted that during the joint press briefing by India’s Prime Minister Narendra Modi and President Donald Trump, Modi’s repudiation to Trump’s offer for mediation revealed India’s objective for India’s Kashmir occupation, “Modi said since I947 Pakistan and Indian were one country and did not require outside mediation… which shows his real mind-set… that India wishes to reduce Pakistan, reduce Pakistan’s authority in the region so it’s subservient to India.”

He added, “India want to change the demographic of the Muslim-majority state which tantamount to a violation of international conventions and UNSC resolutions.”

He urged the Pakistani Kashmiri Americans to get involved to support the cause by writing to their lawmakers to garner international support.

Khan stressed, “We will perish or we will free ourselves from Indian occupation.”

But he remained optimistic by saying, “Even in badness there is goodness.”

“What Modi did on the 5th August internationalised the Kashmir issue – whether Modi liked it or not – he shone a light on the Kashmir issue that benefits Pakistan.” However, he warned the disadvantage with the conflict is Pakistan’s inevitable involvement, which leads to increased tensions and negative reverberations for the South Asia region.

He explained, “India’s Kashmir occupation impacts Pakistan which leads to an Indian-Pakistan dispute and that impacts the international community who must help to prevent this becoming a problem for the region.”

Khan denied recent speculation that Pakistan would resort to the use of nuclear weapons. He said, “What we did say if AJK is attacked we will respond accordingly.”

Also addressing Pakistani and Kashmiri American community was Ambassador Dr Asad M Khan. “The BJP has broken the law and violated the bilateral agreements that have been made – under the Simla accord,” he said.

Dr Khan added, “The Simla Agreement stated that Kashmir status would not be changed, but they have changed it; India is making up its own laws and regulations.”

Dr Khan described the huge diplomatic efforts underway to gather support for Kashmir and urged the Kashmiri Americans and Pakistani Americans to continue to highlight the cause within their constituents. “The Kashmiri people need your help too,” he said.