* To supplement Independence Day celebrations, the Daily Times will highlight, all of August, the individuals who continue to make Pakistan proud. Our 24th interview is with the internationally-acclaimed and award-winning actor and singer Ahad Raza Mir 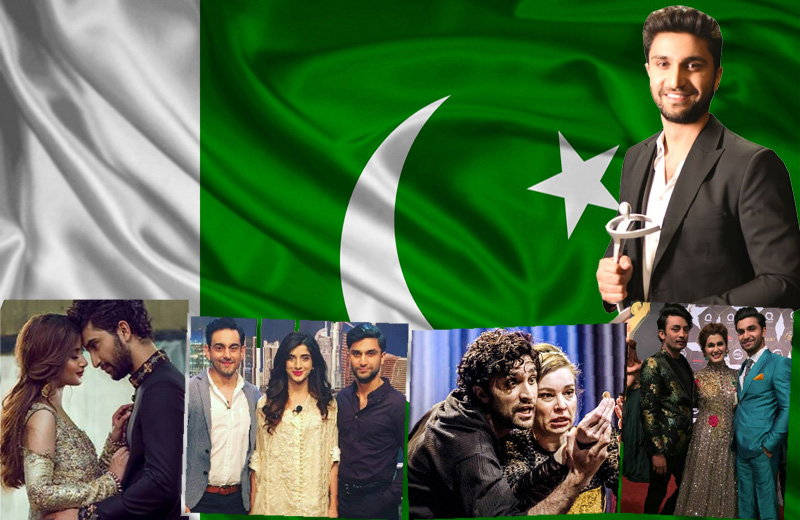 I have come to accept that acting and performing is something so inherently a part of my family, so now that question doesn’t really have an answer. It didn’t begin with me.

What comes from your heart; acting or singing?

Everything I do comes from the heart. But I’m an actor. My job includes exploring.

Do you attain guidance from your father while working or do you manage it all on your own?

Of course, my father guides me when he thinks I need it or if I bug him enough.

What are your hobbies?

I learn something new every month.

How do you deal with negative criticism that comes your way?

Well, everyone has their opinion. The fun part is changing it.

What have you learnt the hard way in the industry?

I have come to learn that art and show business are two entirely different things.

‘Hamlet’ was a huge accomplishment for all Pakistanis. I won the award for Outstanding Performance by an Actor. It showed on an international scale what we as Pakistanis are capable of. Beyond that, seeing such huge crowds of Pakistanis come together to see a show also tells us how united we are

Tell us about your award for Hamlet’s performance. How did you go about rehearsing for such a psychologically complex character?

“Hamlet” was a huge accomplishment for all Pakistanis. I won the award for Outstanding Performance by an Actor. It showed on an international scale what we as Pakistanis are capable of. Beyond that, seeing such huge crowds of Pakistanis come together to see a show also tells us how united we are.

What difference did you find between the professionalism and technicalities of work of international showbiz and Pakistani showbiz? What does our own industry lack and how can it be improved?

I won’t compare our industry to another. It isn’t fair. Ours has gone through many obstacles. We are doing an amazing job with what we have and nothing can stop us now from looking upward and onward.

I’ve got something very exciting coming up. And no! It’s not an ‘Alpha Bravo Charlie’ remake. It lives in the same world, just like any other show is part of another genre.

What does it mean to be a Pakistani for you? What is your vision as a Pakistani along with being an artist?

In some respects, the definition of being a Pakistani changes with time. Currently for me, it means making sure that I represent my country and my people the best I can as an artist and as a human being.

What message would you like to give to people who look up to you as an idol?

Whether you’re an artist, an entrepreneur or whatever, never stop working on yourself and don’t let anyone ever tell you what you are and aren’t capable of.

MASTER OF ALL TRADES

Ahad Raza Mir is not just a globally-recognised actor but is also an immensely talented singer along with being an executive producer.

Ahad Raza Mir is the proud recipient of many Pakistani awards, medals and laurels, including the coveted and the highly prestigious Lux Style Awards and Hum Awards.

Ahad Raza has been bestowed with top Canadian honour — the Calgary Theatre Critics Award in 2016. The Shakespeare Company in a joint production with Vertigo Theatre in Canada had signed had to play Hamlet in their 2019 production. He is the first South Asian actor to play the role professionally in Canada. For his performance, he won the Betty Mitchell Award for Outstanding Performance by an Actor in a Drama.