The US may be negotiating an agreement with the Taliban for withdrawal of American and NATO forces from Afghanistan. The US and the Taliban have held talks in Qatar several times this year to formulate a deal. The framework would allow for a phased withdrawal of US troops, and in return, the Taliban would prevent extremist groups from operating in areas they control. It would give Donald Trump a chance to claim success in ending America’s longest war, and on the other hand,it would be a chance for the Taliban to claim they have achieved their goal of driving out US and NATO troops. 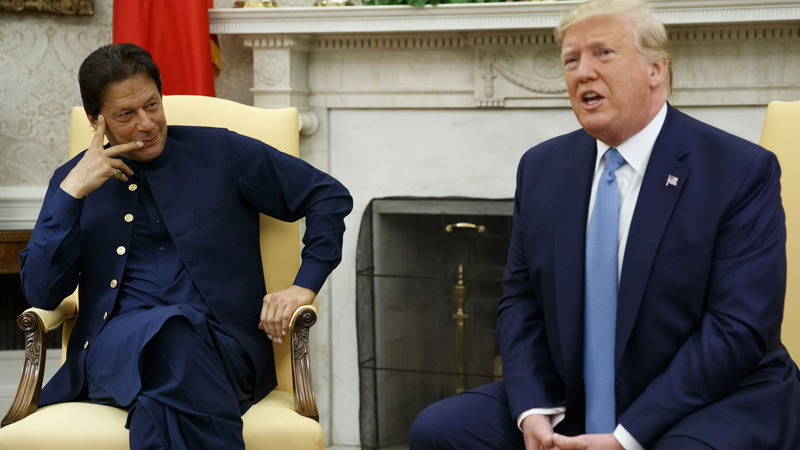 President Trump said on Tuesday,”The Taliban would like to stop fighting us. They’ve lost a lot.” Asked by a reporter if the Taliban can be trusted, Trump replied, “Nobody can be trusted”, describing Afghanistan as “the Harvard University of terrorism.”

Yes,the US president is right to say that no one is to be trusted. President Trump proves himself to be an unpredictable person in his decisions and actions. On Tuesday, he reiterated his will to reduce the number of US forces in Afghanistan. Ryan McCarthy, an acting army secretary, says, “We have not received any direction to do anything at this point.”

The US agenda clearly focuses on countering terrorism. Pakistan’s key role in pushing the Afghan Taliban to reduce battlefield violence is equally important though tough at this point. Trump’s policy of Pakistanmediating for Afghan peace has been met with scepticism in Washington. Though failing to stand with Pakistan now could come back to harm the US in future.

Last month, in my article “PM Imran Khan’s Pragmatic Visit to the United states”, I threw light on billionaire businessman leader Trump’s relationship with Prime MinisterImran Khan, a player-turned-politician.I predicted relations and decisions based on the personalities of the two leaders. I think the unpredictable Trump can be predicted now. I wrote, “Despite good relations, both leaders would seek their interests, one a businessman and other a player. Khan now throws the ball in Trump’s court and will see how it works…Khan cares about culture, politics, and philosophy. Trump, a businessman used to calculated decisions, seeks his interests after discussing a wide range of issues. His decisions in the past show him to be an unpredictable personality.

President Trump said on Tuesday, “The Taliban would like to stop fighting us. They’ve lost a lot”

Trump’s recognition of Jerusalem as the capital of Israel has infuriated the Arab world and upset his Western allies, sparking more violence in the region. The US president disregarded global opinion on the matter. In theOval Office meeting, Trump and Khan’s talk was on bilateral relations. Both countries wish to move forward keeping in view their own interests.

After three days of that meeting, the Taliban said that they would visit Pakistan whenever they received a formal invitation, as they routinely pay visits to other countries to explain their position regarding the peace process. The Taliban spokesman said that the visit could take place in the coming weeks. Taliban’s immediate response, no doubt, was to be taken as a positive gesture towards Pakistan’s struggle for the peace process in the region. During the meeting, Trump made a broader and a surprising offer to mediate between Pakistan and India on the perennial dispute over Kashmir, which created fury in the neighbouring country.

But now America’s involvement in the Kashmir issue seems all the more suspect when it is being said that the US was already aware of India’s intention to scrap Article 370. It is another thing that the US has denied it. After a long silence on the Kashmir issue since India’s growing violence, Trump said on Tuesday that he would do his best to mediate in the “explosive and complicated” Kashmir dispute between the nuclear-armed Pakistan and India.

Would the United States see Islamabad as an integral part of the solution to end the Afghan war when Pakistan already has been engaged in the disputed Kashmir with its growing chaos unleashed by India and its unjust acts of exploitation and oppression? The Afghan peace process or mediation in the Kashmir issue, time will reveal the priorities of the United States.

The writer is a columnist, authorand lecturer