The United States is offering a reward of as much as $5m for “information leading to the identification or location” of three key Islamic State (IS) group leaders, the State Department said in a news release.

Al-Mawla, also known as “Hajji Abdallah”, according to the State Department, is listed as a potential successor to IS leader Abu Bakr al-Baghdadi. A “religious scholar” who “steadily rose through the ranks to assume a senior leadership role” in IS, al-Mawla is accused of helping “drive and justify” atrocities committed by IS against Iraq’s Yazidi religious minority, the State Department said.

Sami al-Jaburi, also known as “Hajji Hamid”, according to the State Department, is accused of being “instrumental” in managing IS finances.

Listed by the US as a Specially Designated Global Terrorist in 2015, he has been under US financial sanctions ever since.

Mutaz al-Jaburi, also known as Hajji Taysir, according to the State Department, is accused of overseeing bomb-making for IS and other “insurgent activities”.

It is unclear if the two al-Jaburi men are related.

The State Department called the newly listed rewards for the three men “an important moment” in the US’s fight against IS.

“This reward is an important moment in our fight against ISIS,” the State Department said on each of the men’s profiles listed on its Rewards for Justice website, using another acronym for IS.

“As ISIS is defeated on the battlefield, we are determined to identify and find the group’s leaders so that the global coalition of nations fighting to defeat ISIS can continue to destroy ISIS remnants and thwart its global ambitions,” it continued.

The reward is part of a 35-year-old State Department program that has paid more than $150m to over 100 people who provided “actionable information that put terrorists behind bars or prevented acts of international terrorism worldwide,” the department said.

A US Defence Department report released earlier this month warned that IS was “resurging” in Syria, while it had “solidified its insurgent capabilities in Iraq”.

IS released a video in late April – shortly after claiming deadly attacks in Sri Lanka – in which its leader, al-Baghdadi, purportedly appeared, pledging vengeance and a “long battle” ahead. 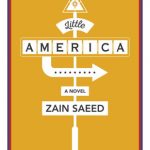 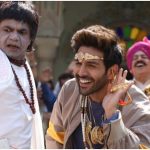 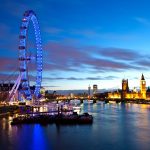