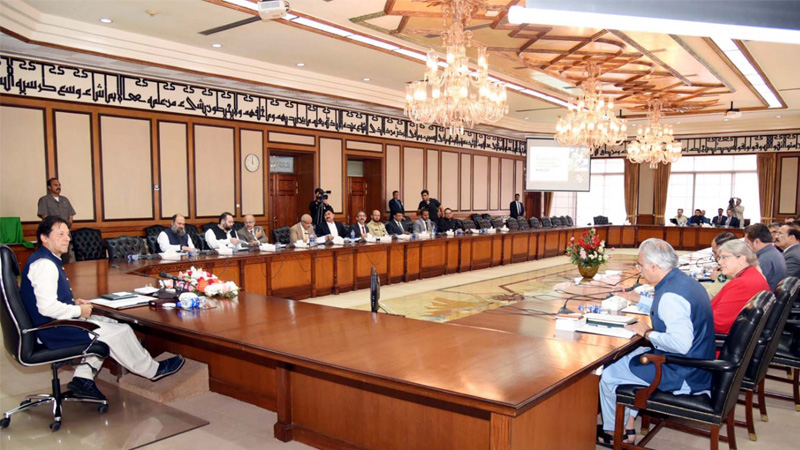 In a letter addressed to Prime Minister Imran Khan, Microsoft Co-founder Bill Gates has offered the support of the Bill & Melinda Gates Foundation for eradicating polio from Pakistan.

The billionaire philanthropist, in the letter dated August 16, pledged to continue working with the relevant authorities in Pakistan to eradicate polio virus from the country. “Currently, I’m concerned with the polio situation in Pakistan […] Large numbers of children in key reservoirs continue to be missed during polio campaigns, in large part due to sub-optimal management and increased community resistance to vaccination – all of which is allowing the virus to build and continue circulating,” Gates wrote in the letter.

“At the request of the National Emergency Operations Centre, the foundation’s polio team provided support to an independent management review of Pakistan’s polio program in the high priority districts and those contributing to polio transmission, starting in Karachi, Rawalpindi, and Peshawar,” the letter read. “Our team is working with the independent management review team and the NEOC to finalise recommendations and develop an implementation plan slated to start before the low season campaigns in November,” it added.

The letter further stated that in June, a meeting was held with Sania Nishtar regarding the government’s poverty alleviation programme. Gates expressed willingness in devising long-term plans regarding the poverty alleviation programme and establishing a Program Delivery Unit to help implement the Ehsaas program’s financial inclusion, nutrition, and other development objectives.

Chairing a high-level meeting at the PM Office to take stock of reported polio cases in Khyber Pukhtunkhwa and other parts of the country, the prime minister said polio eradication is the top-most priority of the government as it badly affects the future generations. He stressed a robust Ehsaas-polio eradication partnership for synergised implementation of the two vital programmes.

PM’s focal person Babar bin Atta briefed the meeting about the recent polio cases and the future strategy for polio eradication. He also updated about the report of International Monitoring Board for the year 2017-18, identifying loopholes in the strategy at that time, which led to rise of polio cases in some parts of the country, especially Bannu Division. The new strategy is based on four new pillars including shift from push to pull, from disease control to eradication, ownership at the highest level and accountability at the operational level.

Atta also highlighted various measures being taken for perception management including engagement with social media platforms to counter anti-vaccine propaganda, involving mainstream media for mass awareness campaigns, establishment of 24/7 call center and publicising environment or human cases. Chief ministers of KP and Balochistan and the chief secretaries of Punjab and Sindh apprised the meeting regarding measures taken for polio eradication in their respective provinces. The representative of Pakistan Army assured full support to polio teams in their efforts to reach out to the children in far-flung areas of the country. Representatives of international partners and donors also assured their continued cooperation to the government of Pakistan in its polio eradication mission.