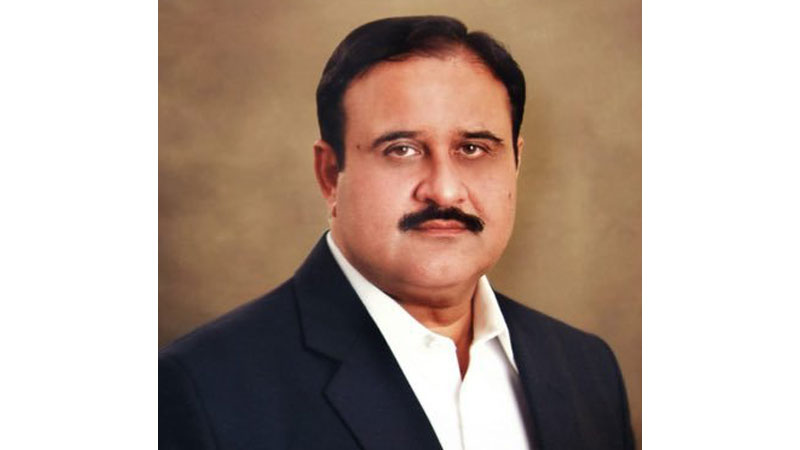 He examined the security arrangements and other facilities being provided to the candidates. The four-storey centre has been established on an area of 10 kanal with an amount of Rs 360 million. Twenty-four examination halls are set up for around five thousand candidates. The chief minister expressed the hope that digital information system will help the candidates to seek necessary information and added that the same latest system should also be adopted in other departments.

He said that the role of PPSC is pivotal in bringing out talented candidates having a passion for public service. Merit is the foundation of the new Pakistan and it will be promoted at every level. He said that only those nations excel who encourage and promote merit-based talent. The government has promoted a merit-based culture and recruitments are being made purely on merit, he added. PPSC Chairman Lt Gen (r) Maqsood Ahmad, PPSC members and others were also present on the occasion.

Meanwhile, Buzdar presided over a meeting at his office in which proposals regarding fixing new support prices of sugarcane and wheat were reviewed.

The chief minister said that interests of sugarcane and wheat growers will be protected by the government. He directed to conduct a comprehensive survey for estimating the production cost for fixing new support prices adding that farmers will also be consulted and they will be given full price of their hard work.

The PTI government has ensured payment of more than 99.7 percent of past dues to sugarcane growers and it is a farmer-friendly the government in the real sense. Meanwhile, farmers will be given subsidy and other incentives through credit card program as the government is working for the promotion of agriculture sector as well as enhancing the income of the farmers; he added and further said that the Punjab government will fulfil its commitment of change through new agri policy.

On the other hand, the government has planned to issue Sehat Insaf Cards to religious scholars and seminaries’ students in phases and the chief minister has sought proposals to finalise this program. Chairman Motahida Ulema Board Maulana Tahir Mehmood Ashrafi called on the Chief Minister Usman Buzdar at his office here on Wednesday. It was decided that a conference of renowned religious scholars of all the schools of thought will be held in Lahore and it will be addressed by Chief Minister Usman Buzdar.

Separately, Buzdar met provincial ministers, national and provincial assembly members at Chief Minister’s Office here today. Chief Minister Punjab Sardar Usman Buzdar while talking on this occasion has said that Punjab will be made an exemplary province with regard to providing best health and education facility.

According to the vision of Prime Minister Imran Khan more emphasis is being given on social sector development. He said that there is no example in the history for increasing more than eight thousand beds in government hospitals across the province. With the increase of 8350 beds patients will be facilitated and will face more comfort in government hospitals. He said that he wants early completion of hospital and Nishtar-II Project in Mianwali.

He will himself make surprise visits and will check government hospitals in order to review the latest situation. We will fulfil the promise of providing quality education by making four new universities in the province. Chief Minister said that for early completion of development projects and ensuring transparency, system of e-monitoring is being evolved and introduced. Concrete steps are being taken for early completion of approximately 2500 projects across the province. Under Punjab Municipal Service Programme provision and water drainage projects will be completed. “We will make cities of the province better under Punjab Citizens Programme of World Bank.”