The world is chasing new planets. Efforts are underway to find Earth-like planets, such as the Kepler-10b. Each new day witnesses novel advancements. The literate countries dream of searching for new worlds, discoveries. 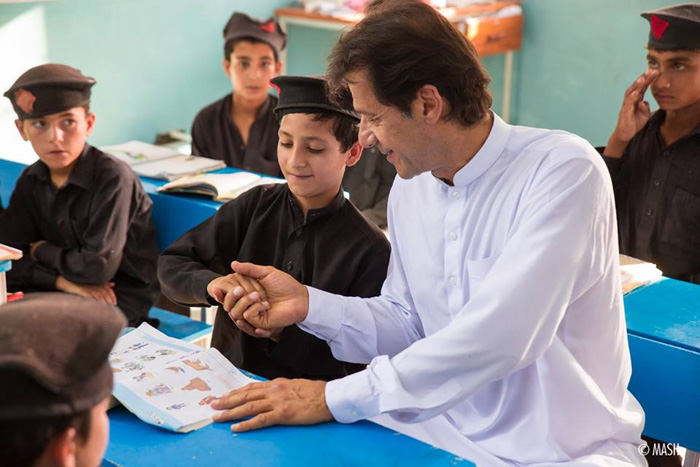 However, we still search for food and aid. They proactively pursue food for thought, and we actively hunt food as our over 30 per cent of the population still searches for livelihood. The hunting and gathering of food are still among the main characteristics of our society. The reasons are various: cultural, social, environmental, economic and political. However, the last two reasons are the chief.

How can we break this spell, in which our lives solely quest for food, and imagine beyond that quest? Education holds the mere hope and a permanent solution. However, our country’s history exhibits that education has not been a prime priority of our governments. Education has often received insignificant attention of the governments, including the current Pakistan Tehrik Insaf (PTI) government.

For contesting the elections, PTI’s slogan included prioritising education. Theoretically, the party mentioned in its education policy to “dramatically increase funding–from 2.1 per cent to five per cent of GDP.”

Practically, the PTI has allocated less than three per cent of GDP. The current year’s budget is 2.4 per cent of the GDP. In a report published in this newspaper, Saba Sarwar noted the PTI had brought structural adjustment through cutting 1.76 per cent during the last education budget, which was 0.87 lesser than the PML-N’s budget.

The figure starts with zero, but it is more than rupees. Simultaneously, the adjustment sufficiently indicates the current government’s priority. Such structural adjustments exert negative impacts while further deteriorating the education situation. The figures for our education system are already frightening. According to the Labour Force Survey 2017-18, the current national literacy has just crossed 60 per cent. Also, UNDP’s 2018 Human Development Report shows that out of 189 countries, Pakistan is standing at 150. Regionally, for educational indicators, only Afghanistan lags behind Pakistan. These figures further drastically differ in gender and across regions. Also, the statistics considerably decline while defining literacy more than solely writing and reading.

After one year of PTI’s government, a gap exists between several promises and practices

The budget reflects the difference between the words and actions of the PTI that made huge promises. The documents and slogans were pregnant with excellent ideas and strategies. The particular persons (the citizens, who elect the politicians) expected something promptly coming to change the country’s equation. It, nevertheless, still seems to be achieved.

Quickly fixing the country’s challenges is a mammoth task. The country was really in a fragile condition when PTI took the reigns. However, the PTI knew this state in the beginning: before and during the election. What PTI did was showing and using the high level of optimism. The party made ambitious goals, which gave high hopes to the politically injured people, who saw Imran Khan as a saviour.

Comparing PTI with the previous governments is insensible because the party had set itself a different benchmark to label them entirely corrupt. Consequently, there is no justice to make such comparisons but to compare the current progress with the party’s pledges, or to compare the governance with the best governments across the world. After one year of PTI’s government, a gap exists between several promises and practices. The big promises, somehow, are now teasing the PTI-led government.

Given that someone rightly suggested, time to think is over and the time to act is now. The government still has four years left to make realistic goals and achieve as many as possible. A great transformation will occur, specifically speaking, if PTI is successful in achieving 80 per cent of its pledges about six-point education emergency plan: “one education system for all; re-engineer governance based on complete decentralisation; dramatically increase funding – from 2.1 per cent to five per cent of GDP; adult education; teacher training; and information and communication technology.”

The party significantly knows the way poor governance infects and affects the poor. The impact would augment further for a particular segment of our society. The suffering would be intense for those who are living in the poverty trap. The elites, the politicians, would still enjoy the contemporary luxury: the boutique facilities.

A change in political will, and foresightedness can improve our education system and the country. However, will PTI fulfil its pledges in the end? We hope for the best, but we still have to see it. We have to bear it. We have to experience it.

The writer is a PhD Scholar at the University of Vienna, Austria