A plan for transporting icebergs to the UAE holds promise for freshwater-starved Gulf countries and the world
Water scarcity is a big challenge. Currently, 1.2 billion people around the world don’t have access to clean water. 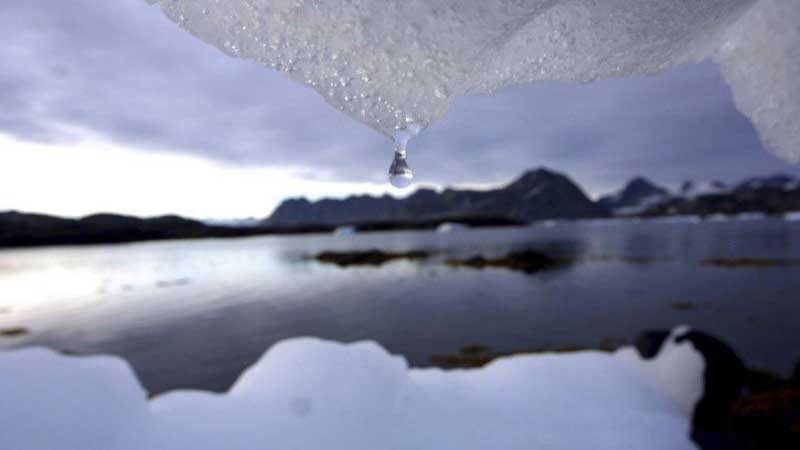 DUBAI: On the face of it, the idea of tugging an iceberg from Antarctica to replenish the UAE’s freshwater supplies might sound sensational. Abdulla Alshehi, the Emirati businessman who was the subject of recent media reports about such a proposal, probably doesn’t mind the positive publicity. But a plan to transport icebergs to Saudi Arabia was one of the many bold initiatives from the dynamic 1970s that remain etched into the Kingdom’s collective memory.

Utilizing icebergs as a potential new water resource for the arid Gulf region and other parched parts of the world was one of several projects Alshehi, a specialist in saving water, outlined in a book he wrote in 2013 titled “Filling the Empty Quarter.”

He says the idea of using icebergs as a source of water is no longer far-fetched. “What’s currently happening is that many icebergs are disintegrating from Antarctica,” Alshehi said. “Once they do, they float in the ocean and melt, wasting billions of gallons of fresh water. So we thought why not utilize it?”

According to a recent National Geographic report, “the towering glaciers” of west Antarctica “are crumbling and melting, the rate speeding up over the decades and imperiling the stability of the entire ice sheet.” Greenland is also reported to be losing its ice sheet at an alarming rate. With Europe’s heatwave reaching the Arctic, 11 billion tons of Greenland’s surface ice was lost to the sea in the biggest melt of the summer.

Alshehi’s hope is that one region’s inevitable loss will be another’s gain. A pilot costing between $60 million (SR225m) and $80 million involving an Antarctic iceberg 1 km long and 500 meters wide will soon run, ending either in Perth, Australia, or Cape Town, South Africa.

“They are the best cities for conducting a trial because of their need for water and their proximity to the project location – around 3,000 to 4,000 km away from where we intend to conduct the operations,” he said. “We need to perfect the operation and ensure all possible safety and environmental issues are taken into consideration.” If all goes to plan and the trials are successful, then an iceberg could be headed to the Gulf coast by the first quarter of 2021. The frozen behemoth will be 2 km long, 500 meters wide and 200 meters deep and will cost up to $200 million to transport, according to preliminary calculations.

He added that it will take about nine months for the iceberg to reach the UAE’s Fujairah coast. “We will start after a year from the successful trial. We have only a short window to work on the project between November and March,” he said. “This will allow for more daylight and calmer seas; we can work safely and in a proper manner. During the rest of the year, the sea and the weather are too rough in the southern hemisphere for this work.”

Alshehi’s first job will be to locate a tabular-shaped iceberg outside the protected zone of Antarctica. Such a shape is considered more stable during transit. “Every year, thousands of icebergs disintegrate from Antarctica, float north and melt,” he said. “We expect the iceberg to lose 30 percent of its mass during the journey, but 70 percent is still great. That’s still billions of gallons of water, so we’d be very lucky.”

Once the iceberg is around 12 nautical miles from the UAE shore, the harvesting process — crushing the ice and filling floating tankers with smaller chunks — will commence. The resulting water will then either be directly added to the national grid or stored in wadis and reservoirs, although in the latter case there would be some loss from evaporation.

Alshehi estimates the amount of freshwater in the iceberg to be the equivalent of one year’s worth of output of a typical desalination plant, in a region devoid of a permanent water source. He intends to approach government authorities once the first trial succeeds.

The technology was not in place to pull off such an ambitious project in 1975 when Saudi Arabia considered tugging icebergs to the Red Sea coast. “An international water transportation company was established with capital of $100 million,” Alshehi said.

“Unfortunately, after two years of extensive research and scientific studies, the project had to be abandoned due to technical reasons. There was no way to tow an iceberg through the Bab Al-Mandeb Strait, where the sea is in some places as shallow as 70 meters — not deep enough for large ships to tow an iceberg at the time.”

But that was then. Today, Alshehi said, state-of-the-art tugboats operating in the deeper waters along the eastern coast of the UAE and of the Gulf have solved the problem that scuttled the 1975 plan.

Alshehi says his interest in production and conservation of freshwater grew out of his work on one of his inventions, Al-Maa, a technique for harvesting water in different weather conditions.

“During my research and getting the patent, I got involved in water issues,” said Alshehi, whose own company, the Abu Dhabi-based National Advisor Bureau Ltd, specializes in thinking outside the box. “I thought water, along with desertification, is a major challenge for the Gulf. We have to deal with the situation with the available means. You need to combat desertification by finding new sources of water.”

The desire to find a solution to the region’s perennial scarcity of freshwater has drawn Alshehi into a number of astonishing ideas. One of them would require connecting the Indus River in Pakistan to the UAE by using sub-sea pipelines. He has also explored the idea of channelling water from Narmada, an important river in central India. “We can bring water from there to the UAE because both rivers cause flooding every year,” he said.

Alshehi points out that the Indus pumps 60 billion to 80 billion gallons of water to the Arabian Sea every year and that, in 2010, a third of Pakistan was flooded due to heavy monsoon rains in the Indus River basis. “They got rid of this excess water in the ocean, but we are in need of it and this could help us fight desertification in the region,” he said.

Another project Alshehi is researching involves the “great green wall of the UAE,” stretching from Al-Sila, a city bordering Saudi Arabia, to Al-Ain. The purpose of the “wall” would be to prevent the Empty Quarter’s sand from entering the UAE. “To make the desert in the UAE ‘green,’ we have to isolate it from the larger desert,” he said.

For now, Alshehi is focused on his venture to replenish the UAE’s supply of drinkable water from icebergs.

“Water scarcity is a big challenge. Currently, 1.2 billion people around the world don’t have access to clean water,” he said. 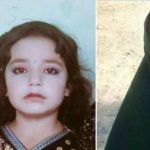