* The head chef being trained at Sakura, the premier sushi house in Karachi, knows how to cater to patrons of all ages 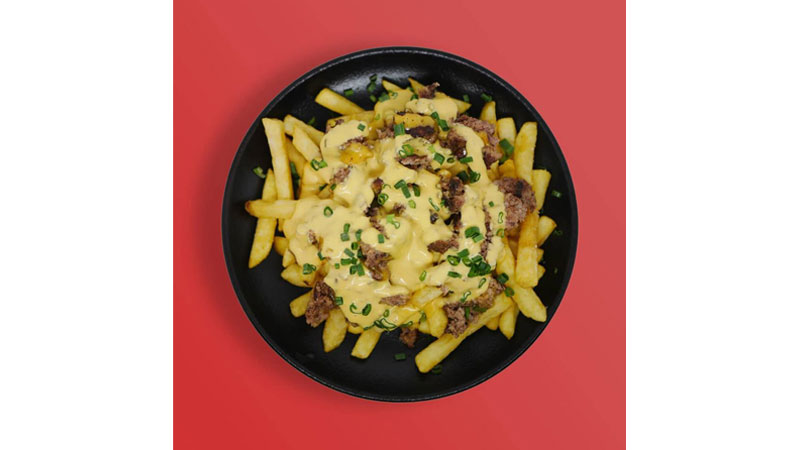 There is a new ‘kid’ on the block by the name of Yoshi and just a first glance at their menu it seems to be one of the most ambitious of the new crop of restaurants that have opened of late.

There are ramen bowls, Japanese hot dogs, different varieties of pizzas including a wasabi pizza, Japanese style pancakes and what not. I usually maintain cautious optimism when I see a wide choice of menu items because more often than not restaurants fail to deliver on such a wide selection being good on just a select few items while being pretty substandard on the rest of them.

The head chef being trained at Sakura, the premier sushi house in Karachi, knows how to cater to patrons of all ages. Without having to sacrifice authenticity he is bringing his own twist on Japanese food with many fusion recipes with American fast food and other Asian cuisines. The result is Jap- American- Pan Asian cuisine that may sound a little confusing at first blush but it is something that has to offer to a wide variety of tastes.

Yoshi’s is located at Khadda Market next to Khayaban-e-Shamsheer where the old Chop Chop Wok used to be. One might get confused at locating it as the entrance is designed as a vending machine. Bonus points for this hipster touch!

And if that wasn’t enough you could also scan the QR code on the menu and a secret menu pops up on your phone with more experimental items that the chef plans to eventually introduce over time.

Yoshi’s is located at Khadda Market next to Khayaban-e-Shamsheer where the old Chop Chop Wok used to be. One might get confused at locating it as the entrance is designed as a vending machine. Bonus points for this hipster touch.

Their ramen bowls are excellent and to the best of my knowledge Yoshis is the only place that is serving this Japanese staple. To spice things up, I had the Thai Style Ramen which was Spicy Tom Yum Broth along with braised beef and egg fried noodles.

Next up was their most talked about dish which was the Korean Fried Chicken with the sweet and savory gochujang sauce. It’s definitely leagues better than the regular fried chicken that we are used to on the local market. I had it with the aligot which is a thick viscose mix of potato and cheese with streaks of it wrapped around the chicken.

And if there is one star menu item that would be liked by all, this would be it. 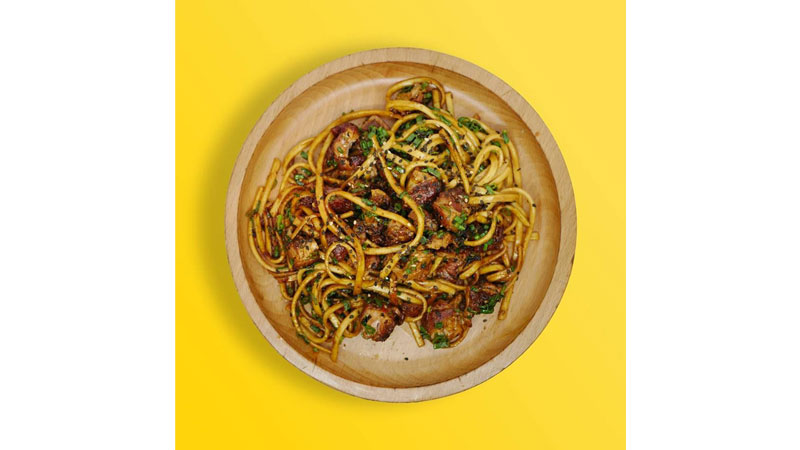 After that I was served okonomiyaki which basically is pancake served with vegetables, prawn beef topped with tuna flakes ,Japanese mayo with an extra topping of wasabi beef patty. The base of the dish is made from a yam found only in Japanese mountains. As you can imagine, much like it’s the name, the dish is quite a mouthful.

I was pretty pleased to find the Vietnamese coffee which was basically coffee with condensed milk. Another beverage worth mentioning was the Yazunade- which is basically made from Japanese yazus or lemons and butterfly pea flower concentrate in the drink makes it change colour from blue to violet as the ice cubes melt?

As for dessert there is matcha, black sesame, and Vietnamese coffee sundae ice cream, each of which retain their distinct taste without sugar overpowering their essence.

Yoshi’s is easily the wackiest, craziest and the most ambitious restaurant on the Karachi food map in a long time. It has something to offer for everyone and the place to be if you want to try something different and not regret it later.