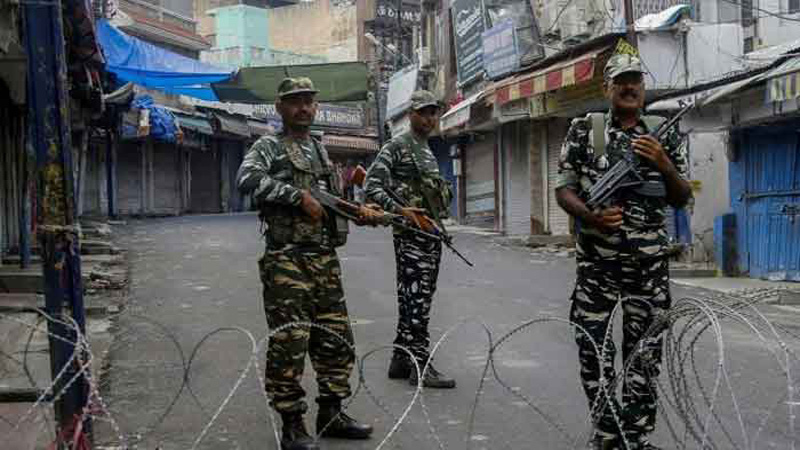 “We’re inside the fire, looking for the dark,” writes Kashmiri-American poet Agha Shahid Ali in The Country Without A Post Office.

As lost Kashmiris ‘bribe the air for dawn,’ per Ali, the world says this and that, and does nothing much at all. Hindutuva celebrations and Amit Shahs of India’s Parliament drown out the few Kashmiri voices that make it through the curfew. I heard one old man in Srinagar cautiously tell a NDTV anchor, “They say we’re happy with their decision, right? Then why silence us?”

As Modi’s government announced its revocation of the limited privileges afforded to Kashmiris – their somewhat special constitutional status under Article 370 and 35A and New Dehli’s occasional lip service to Srinagar’s wishes- Kashmiris found themselves cut off from the world and surrounded by extra military forces.

I could write at length about how they were deprived of internet, TV, phone communication, largely arrested within the confines of their homes, surrounded by fiery darkness, unsure of the news, unable to contact friends and relatives, and how all of that was a violation of everything we know international law, liberal democracy and basic human decency, but I leave that for another day.

For those interested, successive damning reports from the Office of the UN High Commissioner for Human Rights (OHCHR) in 2018 and 2019 detail Indian security forces’ responsibility for enforced disappearances, pellet gun-induced blindness, unlawful killings and use of torture.

I could engage in an academic discussion of Pakistan’s case against India’s recent actions and their settlement potential, particularly in light of the International Court of Justice’s Advisory Opinion on the Legal Consequences of the Construction of a Wall in Occupied the Palestinean Territories (2004). In that case, the Court considered Israel’s Wall “de facto annexation” and concluded that “Israeli settlements in the Occupied Palestinian Territory (including East Jerusalem) have been established in breach of international law.” But I leave that discussion on strengths and weaknesses of legal cases also for another day.

Friends on both sides of the border and from all shades of the political spectrum decried the loss of something deeper, more intrinsic: the Kashmiri identity. With settlement interests weighing heavy on Modi’s playbook, they lamented the potential for Kashmiris losing their cultural identity. Others were concerned about maintaining the status-quo for the long-promised UN plebiscite. A Srinagar-hailing acquaintance from Columbia Law School and Georgetown’s School of Foreign Service wrote about the creeping colonization of his homeland, decried existential hatred for Pakistanis and Muslims, and warned against setting precedents that would be devastating for those occupied and oppressed worldover.

Over the cacophony of politicians’ voices on both sides of the border, listening carefully to the voices from Kashmir and those conflict afflicted, I found myself focusing on this: Osaib Altaf, all of seventeen years of age, hailing from Srinagar’s Palpora area, is the first reported curfew-related death this week. According to Osaib’s father, Osaib was playing cricket with friends on Monday afternoon when the curfew was announced. The police chased Osaib and his friends, cornering them over a footbridge. Surrounded by police on both sides, the boys jumped in the Jhelum River. Osaib didn’t know how to swim and drowned. Press Trust of India released a report quoting unnamed officials confirming that a boy drowned after being chased “because of confusion over curfew.”

I’m reminded again of Agha Shahid Ali’s Country Without A Post Office, “Fire runs in waves. Should I cross that river? Each post office is boarded up. Who will deliver parchment cut in paisleys, my news to prisons?”