The Financial Action Task Force (FATF), which is also known by its French name, Grouped’actionfinancière (GAFI), was founded in 1989 on the initiative of the G7 to develop policies to combat money laundering. It is an intergovernmental organization, which in 2001 taking cognizance of the scourge of terrorism, expanded its mandate to include terror financing. It monitors progress in implementing the FATF Recommendations through “peer reviews” (“mutual evaluations”) of member countries. The FATF Secretariat is housed at the Organization for Economic Cooperation and Development (OECD) headquarters in Paris. As of June 2019, there are 37 Member countries of FATF, and policies drafted by FATF are highly regarded and treated as law. Starting with its own members, the FATF monitors countries’ progress in implementing the FATF Recommendations; reviews money laundering and terrorist financing techniques and counter-measures; and, promotes the adoption and implementation of the FATF Recommendations globally.

Pakistan was placed on the grey-list since February last year, and in September 2019, the FATF will take a decision about whether to further keep Pakistan on its watch list or not. FATF’s grey-list includes countries that are not doing enough to fight money laundering and terrorist financing. Other countries, apart from Pakistan, included in the list are; Ethiopia, Iraq, Yemen, Serbia, Syria, Sri Lanka, Trinidad and Tobago, Tunisia, and Vanuatu. Pakistan was on this list previously for three years between 2012 and 2015. The task force recognized Pakistan’s efforts and removed it from the grey-list in 2015. However, getting back in the grey-list, Pakistan faces reduced international investment and the likelihood of being placed in the dreaded black list, which would spell doom and holds the prospects of financial ostracization. Since India is also a member of the FATF, it finds it opportune to use its influence on other members to see Pakistan languish in the grey-list or be demoted to the black list.

Pakistan was placed on the grey-list since February last year, and in September 2019, the FATF will take a decision about whether to further keep Pakistan on its watch list or not. FATF’s grey-list includes countries that are not doing enough to fight money laundering and terrorist financing

Pakistan’s weak economy will not be able to sustain the pressure of further seclusion. The recent loan agreement with the International Monetary Fund (IMF) came about after Pakistan managed to satisfy the stringent conditions of the global body regarding money laundering, terror financing and development projects. While approaching the IMF for loans is debatable but to placate the international loan sharks was no mean achievement.

According to the FERA bill, the State Bank of Pakistan’s permission will be mandatory for inland movement of foreign exchange valuing more than $10,000 by an individual. The central bank has been given powers to regulate the inland movement of foreign currency to curb money laundering. In case of violation, the law enforcement agencies will be authorized to confiscate the currency and arrest the currency holders. According to another amendment, the financial institutions will be bound to promptly share information on money laundering with financial monitoring units.

Under the newly approved bill, money laundering will now be a non-bailable offence. The standing committee also approved the empowerment of investigation officers to attach property involved in money laundering for six months as against the current period of three months.

The amendments in FERA 1947 and the Anti-Money Laundering Act (AML), 2010 have been approved by the lower house of the Parliament ahead of FATF plenary meeting in September. However, the government will have to get these bills passed from the opposition-controlled Senate Standing Committee on Finance, which will be an uphill task in a charged political environment. The recent events in defeating the opposition’s no-confidence motion against the current Chairman have soured tempers.

The restrictions on inland movement of currency have been proposed to end the business of Hawala and Hundi, which is also a source of money laundering. The proposed bill also makes it binding for the tribunals to order confiscation of currency, gold, silver or other properties. In the original bill, it was the discretion of the tribunals whether to confiscate assets or not.

This bill will surely curb the money laundering activities in Pakistan and also help pacify the FATF when it meets in Paris next month. The incarceration of persons like Hafiz Saeed on charges of terror financing and proscribing Masood Azhar will help Pakistan’s cause but should not be perceived as cosmetic exercises only.

The writer is a retired Group Captain of PAF. He is a columnist, analyst and TV talk show host 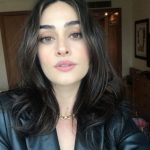 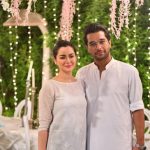