Mortified, horrified and largely disappointed- I left the waiting room and decided to go on a tour around Jinnah Hospital. To my further embarrassment, the situation in other rooms was as equally horrendous, if not worse. Algae and fungus bloomed in the moist false ceilings which clearly had seepage issues, and in the corners of an out-of-order elevator.

My visit to the hospital was meant to be one where I would simply go, visit a sick relative and return to my residence. Being a government hospital, I had expected a decent level of investment.

To my dismay, the investment last made seemed to be denominated in fungi and bacteria. 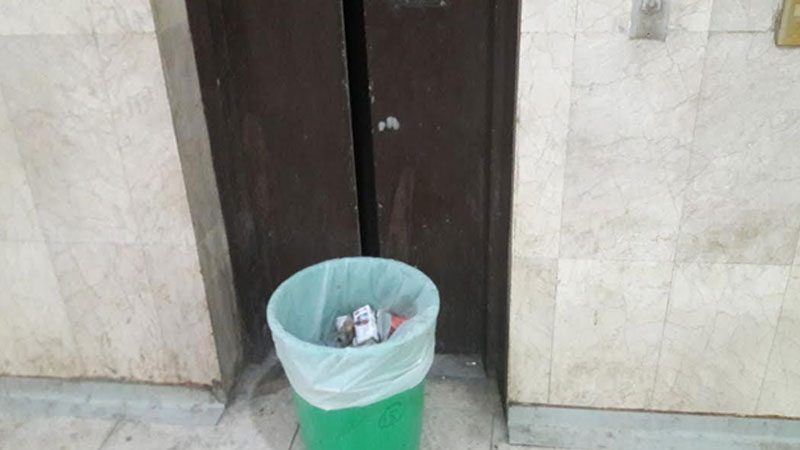 Above is an image of the out-of-order elevator. This may look borderline acceptable for a despondent Pakistani soul, but considering this elevator was right next to three operation theatres, one would rather avoid being treated in such conditions.

Let’s take a look at one of the corridors of the hospital. The first door on the right being the entry into the waiting room of yet another operation theatre which it is connected to a pile of bricks is clearly visible, with next to no functional lighting and absolute dependency on open-windows for ventilation and lighting.

For a winter sun-bathing session, this may be the ideal situation- but for a corridor, through which at least twenty patients pass through, this is the abode of infectious diseases. 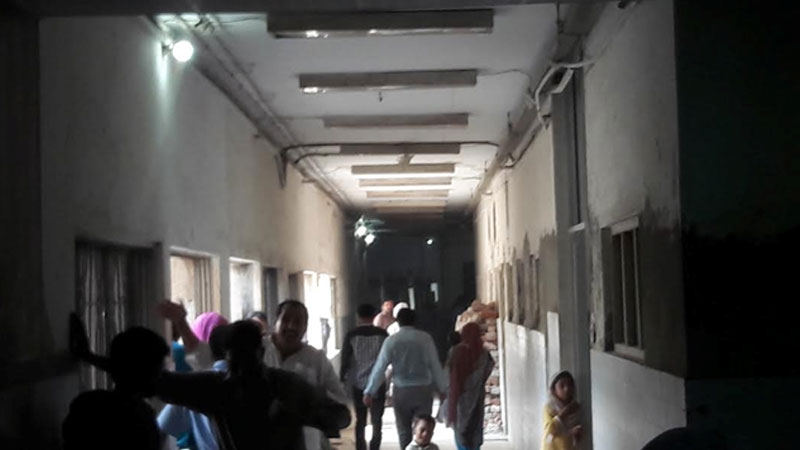 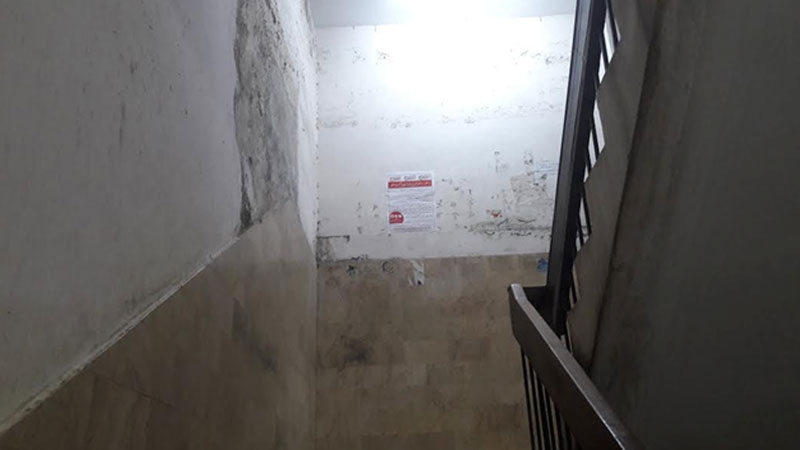 These conditions not only reflect the state of affairs of our government but also the hospital’s management staff. These conditions are deplorable, particularly for a place that claims to be an A-grade government hospital.Since the walls are peeling and fungus is blooming in this hospital, one can only assume that a C-Grade Hospital would be nothing less than a haunted house.

Furthermore, on my tour around the hospital, I decided to compare the stairways throughout the hospital and the one above is the flight that wins the “best-condition” award. Considering this is the best that this hospital has to offer, I would urge you not to visit and utilise the worse ones. Again, with walls peeling and moisture clearly destroying the wall, a flake of surface coating could at any moment fall on an open wound and infect it, possibly even fatally.

When I requested a member of the hospital staff to guide me through the process of contacting the head of hospital, I received a rude response entailing usage of curse words that one would rather refrain from using. Apparently for them, contacting their boss meant I was trying to throw them under the bus for something they weren’t responsible for. 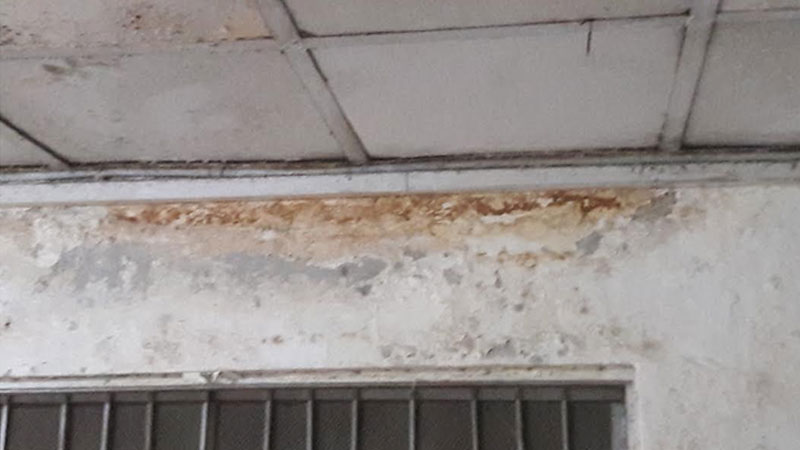 As a nation, for the last few days, we have clearly indulged ourselves with the pleasures of criticising Donald Trump, his “absurd” supporters, the American Electoral College, Imran Khan’s U-turnsand RAW’s role. However, we have clearly failed to address those issues that actually matter for us as a society.

Proper health care and proper sanitation are amongst some of the most basic fundamental right according to the 17-UN Global Goals for sustainable development.

As of now, we have failed to achieve these goals for we still have a long way to go. 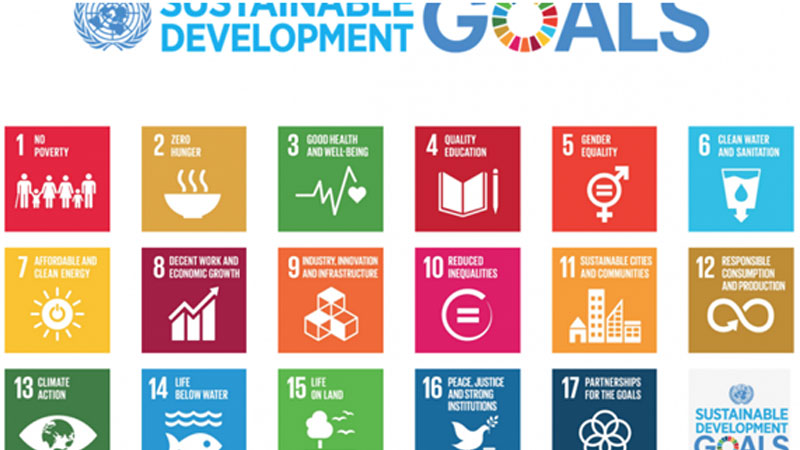 We need to set aside our differences and campaign to improve the amount of progress made on these essential-to-life fronts. Change needs to come not from the top, but from the bottom.