Pakistanis are gallant nationalists, and they do a great deal to give a special protocol to the national flag. In 20014, in the National Stadium of Karachi, the people of Pakistan unfurled the world’s largest flag. In February 2014, a crowd of 29,040 patriots gathered in Lahore, and registered a world record by forming the largest human flag ever. In 2017, the people of Balochistan displayed the longest flag of Pakistan in its history; it extended to two miles. The world, in this way, has seen passionate love of Pakistanis for their country. 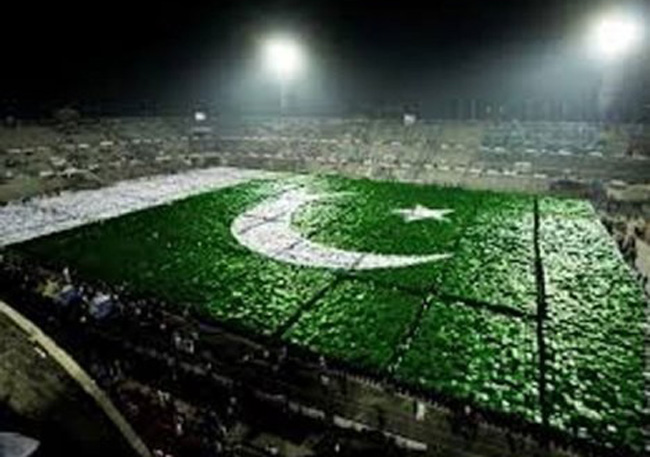 The flag of Pakistan incorporates a vibrant green and a lively white with an ornamentation ofa crescent and a five-pointed star. This is the official delineation of the national flag, and nobody can even think of altering a bit of it. Cutting the flag and dragging it on the ground are serious crimes. According to the constitution of Pakistan, the national flag cannot be marked with additional words, slogans, numbers or pictures. It is against the prestige of the flag to put it on a filthy surface or ground or touch it with feet.

Being the custodian of patriotism of the natives, the national flag of a country stands upright ensuring its identity, sovereignty and solidarity. Hoisting the flag implies protection, victory and triumph. No other flag could be raised as high as the national flag. All nations have deep emotions attached to the uprightness of their respective flags.

The flag promises to protect the rights of religious minorities, uniting them with the Muslim majority

Each year on August 14, countless flags are produced that bear an altered design and presentation. There is neither Jinnah’s photograph nor any inscription on the face of those flags of Pakistan. It is done by a few printing houses. Such actions must receive zero tolerance, and the perpetrators could be legitimately penalised. A special task force can raid the offensive printing press units suspected to defile the face of the national flag. Extended imprisonments can be the right dose for the responsible ones.

As soon as the month of August starts, Pakistanis start hearty celebrations to welcome the Independence Day on August 14. Noticeably, mutilated flags in the form of buntings are seen scattered on the streets; on the day after August 14, a huge number of discarded flags can be seen everywhere. It is heart breaking. It is really unpleasant. Where does patriotism go? It could only be rectified through public participation. The people of Pakistan must realise the sanctity of the national flag and keep it always high.

Pakistan’s flag must be raised at dawn and lowered as the evening approaches. Sadly, some people show ignorance and keep flying the national flag at their house-tops until the flag is thoroughly defaced. It negates the national flag protocols.

Most countries practise flag desecration laws. An attempt to disrespect the American flag could result in cancellation of citizenship or imprisonment for one year. China does not bear the act of disrespecting its flag, and awards a three-year jail sentence. Culprits in Germany receive five-year imprisonment. Spain and France impose heavy fines and put the offenders behind the bars.

According to the constitution of Pakistan, the national flag cannot be marked with additional words, slogans, numbers or pictures

Pakistan’s national flag is protected through its constitution. Section 123-B of the Pakistan Penal Code awards a three-year imprisonment and a fine for defiling the national flag. But there are no separate provisions regarding disrespecting the national flag by putting it under feet or besmirching it in any way. An annexure to this section could make up the deficiency.

The flag of Pakistan embodies the history of the long struggle for freedom by Muslims of the subcontinent. It shows and leads to the path of progress, continuance and ascent, as cited by Hafeez Jalundhari in the national anthem. Being the pride of the nation, Pakistan’s flag rejuvenates people to keep moving along the horizon of integrity. The colours of the flag protect the meaning of peace, prosperity, perseverance, duty and care. The flag promises to protect the rights of religious minorities, uniting them with the Muslim majority. All the good things are contained in the national flag. The flag in the hands of a child indicates country’s brighter future.

Elevation of the national flag can be sustained through respectful commitment of doing well for all, staying united, respecting values, abolishing malpractices, working hard and leading from the front.