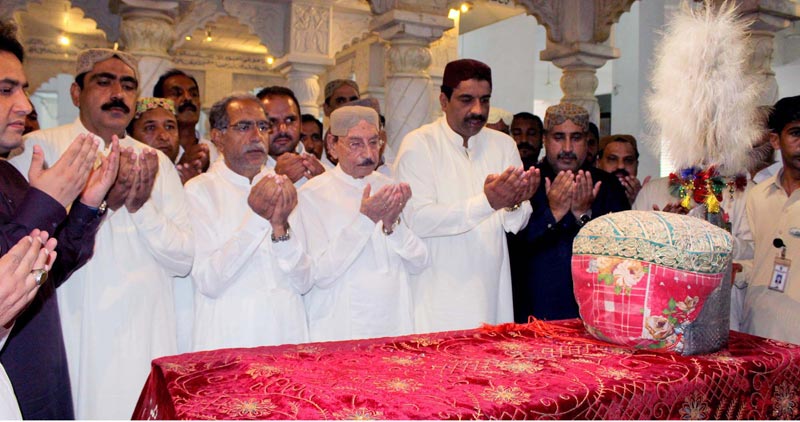 They later on showered rose petals at the graves of Bhutto leaders and prayed for their eternal peace. They also staged protest demonstration outside the mausoleum while wearing black bands on their arms against midnight shifting of Faryal Talpur from Hospital to Adiala Jail, which they termed unlawful and unconstitutional. Syed Qaim Ali Shah while addressing the participants said that Imran Niazi’s government stand fully exposed now that it has made target political opponents through ‘NAB-gardi’ and the government only believes in political victimization. He said that the government has no respect for women. Shah said we have faced such atrocities in the past and we are not afraid of such acts even now.

Meanwhile, peoples party activists took out a rally, burnt tyres and held protest demo in Ratodero against the shifting of President, PPP Ladies Wing, Faryal Talpur, to prison against the advice of doctors on Eid night. They were led by Aijaz Laghari and participated by Khan Muhammad Sangroo, Chairman District Council, Larkana, advocate Inayat Morio, Munir Sohu and others. They said while addressing the participants that shifting of PS-10 MPA Faryal Talpur from Hospital to jail is against jail manual hence illegal. They said PPP workers are being harassed through various pressure tactics but Imran Khan’s government will never succeed in silencing them adding PPP is the only party whose workers and leaders have sacrificed their lives for upholding democracy in the country.