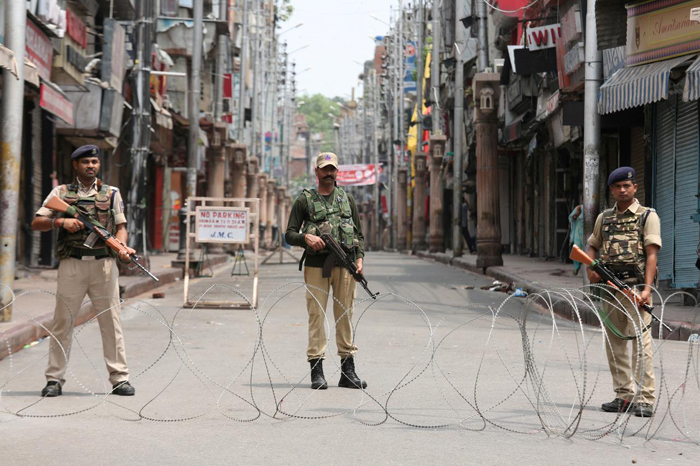 India’s cancellation of Kashmir’s special status will have consequences; it will give impetus to Kashmiris’ freedom movement

Although border skirmishes between Pakistan and India along the Line of Control (LoC) are usual for Kashmiris, they prefer an uneasy peace and normalcy. As a writer who loves drawing attention to human sufferings, I feel impelled to highlight and discourage treachery and disloyalty, and oppression of Kashmiris. Whoever said Kashmir is beautiful told a lie; it is perhaps more prepossessing than paradise itself. I have basked in the clouds of this paradise on earth, but I also see a rain of terror and blood on this beautiful land. Its people have not seen the dawn of hope since the Indian occupation. Their children have only seen guns not toys. Their women, God knows how many times, have faced harassment. The only hope left is their identity. Their separate identity. Unfortunately, it has also taken by an authoritarian India.

It is a place where youth is cast as a traitor, where bullets are fired upon the unarmed, where people tolerate many pains, and where many eyes shower red rains. There are many question marks and blanks. I can imagine what happens to people who live under a military occupation for decades, how do they feel when seven decades of constitutional guarantees are undone in five short years? I do not know for how long the Kashmiris will live in dilemma, in confusion and in conflict.

Kashmir has been a source of conflict between Pakistan and India for many decades. It is the most difficult of all the problems between the two countries. Kashmir is a disputed territory according to the United Nations Security Council Resolutions: both Pakistan and India cannot change the status of Kashmir. It is not only a geographic region or a border dispute between Pakistan and India, but according to the former Indian prime minister, Jawaharlal Nehru, in Lok Sabha on March 31, 1955, “It has a soul of its own; it has an individuality of its own. Nothing can be done without the goodwill of the people of Kashmir.”

During a recent visit of Prime Minister of Pakistan Imran Khan to the US, Kashmir also came under discussion. US President Donald Trump, while talking to the media alongside Pakistani prime minister at the White House, said that Indian Prime Minister Narendra Modi had recently asked him whether he would like to be a mediator or arbitrator on Kashmir. India immediately denied Trump’s statement. Trump further reiterated that if they wanted somebody to intervene to help, he would certainly intervene.

The development seemed to have triggered an emergency environment in India. Tensions mounted as India deployed extra paramilitary troops in Jammu and Kashmir (J&K). Such a quick re-location of security forces was a rare occurrence. According to some Kashmiris, opinion, Modi wanted to abrogate the constitutional provision of Article 35A and 370 to enable Indians to buy land and settle down in the disputed territory of Kashmir. J&K had an autonomous status under Article 370.

Kashmir is a disputed territory according to the United Nations Security Council Resolutions: both Pakistan and India cannot change the status of Kashmir

Regrettably, the top story of this week happened to be about changing the status of J&K. Although there are several states in India with special status, apart from J&K, but Indian hyper Hindu nationalism has a problem with only this state. India revoked Article 370 of its Constitution. It was unbelievable and shocking. It was a flagrant incidence of rising Indian authoritarianism, aiming at occupying territories with special privileges. Whatever it is, Kashmir was and remains a military occupation, and the Indian government just staged a military demonstration for the whole world. As per the UN resolutions, it is the people of Kashmir who have to decide the future of Kashmir, whether to join India or Pakistan. 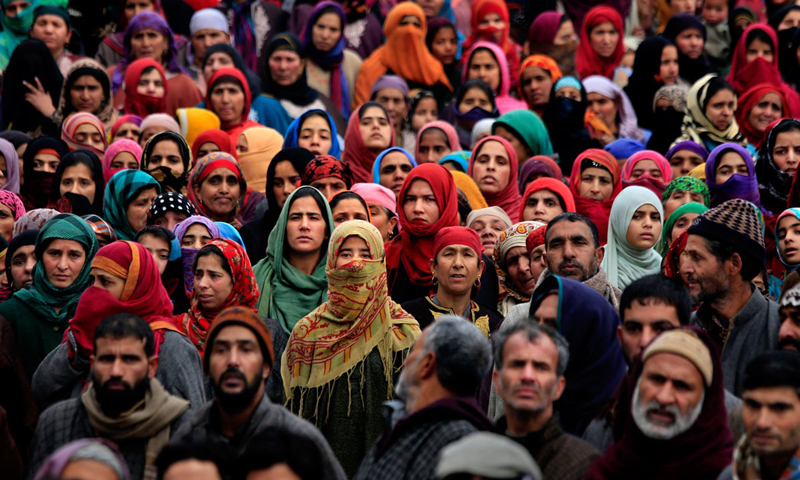 According to the president of the National Conference, Farooq Abdullah, “Modification or abrogation of Articles 370 and 35A would be an aggression against the people of J&K and Ladakh.” During an all-party meeting, he said that “it was unanimously decided that all the parties will be united in their resolve to protect and defend identity, autonomy and the special status of J&K and Ladakh, against all attacks, whatsoever.”

All the tactics used by India in past and present are part of a coercive strategy to squeeze Kashmiris. India used prohibited cluster bombs along the LOC, targeting innocent population, which is a violation of the Geneva Convention and International Humanitarian Law. The Indian army, on the night of July 30-31, targeted innocent citizens, including women and children, in the Neelum Valley with cluster shells.

India’s oppressive attempts now stand completely exposed as even the Indian media is accepting that local Kashmiris are up against India. Farooq Abdullah had, many a time, indicated that Kashmiris are now reacting to Indian aggression, and why the Indian establishment is not reaching out to Kashmiris.

India’s cancellation of Kashmir’s special status will have consequences; it will give impetus to Kashmiris’ freedom movement. Consequently, it will galvanise a new generation of Kashmiris to deal with the fascist India. India must realise that the solution to the J&K problems do not lie in such aggressive tactics. It is not about territory; it is about humanity. Kashmiris deserve fundamental rights, most importantly the right to life and choose.

One of the most prominent Indian authors, Arundhati Roy, opines sadly: “Particularly about Kashmir, where only fiction can be true, because the truth cannot be told. In India, it is not possible to speak of Kashmir with any degree of honesty without risking bodily harm.”

The writer works for the Islamabad Policy Research Institute. She can be reached at gul.quaidian@gmail.com