A tribute to my teacher

I met Dr. Munir Ahmad for the first time when I joined NCBA&E Lahore for my PhD in Economics. He was the Rector of the institution and I was supposed to meet him for some admission requirements. Due to my past experiences of meeting people of his stature, I was expecting a long wait and protocols. To my pleasant surprise, he was sitting in his small and directly approachable office. His smile was welcoming yet his eyes were the windows to deep wisdom and charisma. 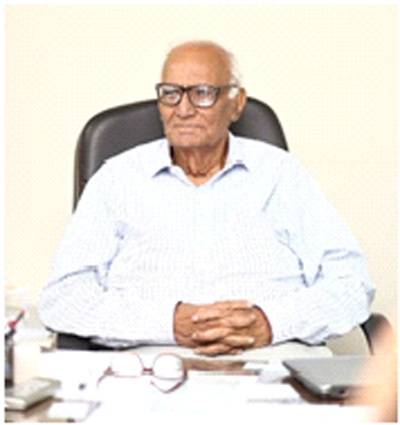 PhD is a very long and tiring journey anywhere in the world. Conditions in Pakistan are no better. When I started doing my PhD I had no idea what I was in for. More than academic burden and toiling, I was facing procedural delays and administrative issues. As compared to abroad, standards of our PhD both with respect to quality and time are perceived as substandard. Obtaining a degree includes mood swings and likes and dislikes of the supervisors involved. Furthermore, position of the supervisor in the department and their academic standing matter along with the politics of the institution. There are many who have been working for as many as eleven years in some very renowned universities of Pakistan and yet due to such issues they are unable to complete their degrees. Under such circumstances people like Dr. Munir Ahmad are an absolutely essential respite. A legend in the field of Statistics, his academic and research excellence does not need an introduction. I am not going to address this aspect here because today I want to write a tribute to his ‘humane’ side which I experienced and will cherish throughout my life.

He was a man of very few words and zero negativity. In a world of criticism, low self-belief and compassion for research students, he was an umbrella of support. Even though he strictly believed in rigorous work and burning midnight oil, he also understood the ground reality of the students of Pakistan. He was all out to improve the quality of output, yet he was compassionate with the stumbling yet willing researchers for their follies and recoveries. He was seen quietly standing aside when we were striving and developing new ideas and practicing new techniques, but he would silently shield each one of us from typical administrative pressures. He believed in the potential of Pakistani candidates. He used to respect his students and inculcated self-respect in us. He taught us to value our ideas and believe in them even when no one else does. He started a very first journal and global research platform of Statistics (ISSOS). He stood by it and worked day and night for its growth even when his most close friends thought it to be impossible. He was a person who taught me to take a stand for what I believed in.

He did not talk negatively about anyone and did not allow anyone in his presence to do so as well. He trained us to stay away from negativity. He believed that every second we are living and breathing is a gift of Almighty to us and we should try and return the favor by helping others and contributing to the world. He was actively working till the last days of his life.

He taught us the value of teamwork and cooperation. He was a strong proponent of cross disciplinary research. During my PhD at NCBA&E, I was thoroughly grilled in research methods and techniques in a multidisciplinary class. As a result, when we were developing our research ideas and polishing our models, his expertise and help in theoretical, mathematical as well as statistical aspects was always at hand. This improved my learning many folds to what I could have achieved independently. Despite resistance from some old ideologists that surrounded the system, he encouraged us on.

Along with learning to work in a team and not shying away to ask if I did not understand anything, I learned to be independent and strong under his guidance. He was a person who believed in learning from everyone, even his own students. He instilled in his students the love and respect of useful knowledge. He was strongly against repetitive old dated research ideas. He was a big proponent of cross-disciplinary research and used to encourage us to research on local, real issues that would help alleviate problems from our country. Coming from a discipline of pure quantitative background, he encouraged us to explore ideas qualitatively because his experience had taught him that humans and their problems needed to be understood qualitatively as opposed to putting them to quantitative testing just for the sake of appearing technical.

He was always so proud of our achievements and never lost interest or track of his doctoral students’ and their academic activities and achievementsSir, it is hard to believe that you are no more. You will forever be missed. May Allah grant you the highest ranks in Jannah.

The has a PhD in Economics from NCBAE, Lahore