Inflation is, reportedly, very high nowadays, principally due to the nefarious activities of those parties that lost the last general elections and couldn’t form a government. Despite being in the opposition, they seem to have so much power even now that they are able to damage the country by raising prices of essential items. They used the same tricks to keep the rate of inflation low during their last stint in power, not allowing the dollar to increase by more than ten percent over five year, which is why they were rejected in the last poll. At least, this is what we have to assume since the present high inflation has not at all affected the popularity of the current government. 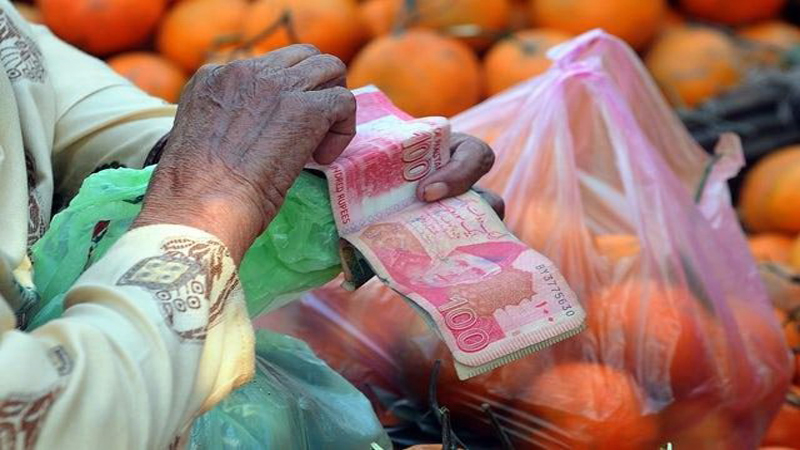 Having spent so much time on this planet, I know all kinds of people from every group in society. I know billionaires as well as paupers. Among my acquaintances are those who are struggling to survive on their salaries, as well as those whose only problem is how to spend the millions they earned yesterday. Some are feudal landlords who don’t care if the price of petrol shoots up to two thousand rupees a liter, and there are those who have heart attacks every time the government increases the price of kerosene or gas.

I met a wealthy man last week who makes millions every month from the many houses and shops he has rented out. He is a smuggler with friends and relatives in all government departments. I asked him, “Are you affected by the high rate of inflation?” “What inflation?” he asked, glancing at his seven million rupee watch and getting up to go. “I have no problem with inflation; this year too I’ll go for my four annual vacations and two pilgrimages to the Holy Land. My only problem is whether to go with my second wife or the third one, whom I married last week.”

Inflation is, reportedly, very high nowadays, principally due to the nefarious activities of those parties that lost the last general elections and couldn’t form a government

Next, I asked a Customs officer whether inflation had affected him. He cheerfully said that he has simply increased the amount of bribes he gets from importers. Not long ago, he used to charge twenty-five thousand rupees to let a container of refrigerators and air conditioners go out of the port without looking into it, today he charges forty thousand rupees. And the importer said, “I recover the extra money from shop owners, who in turn charge more from their customers, who wouldn’t be buying refrigerators and air conditioners if they weren’t rich”.

A construction magnate said, “Yes, the increase in cement and steel prices will cause the prices of apartments to go up, but hey, who cares? Buyers of luxury apartments can afford to pay much more.”

Then I asked a few of those who are known as the ‘middle class’. They are the ones who earn anything from twenty-five thousand to fifty thousand rupees a month; they are comprised mostly of peons, clerks, electricians and plumbers. This is the group that should be badly affected by high prices of petrol, electricity, gas, medicines and food. How do they plan to deal with inflation? Some said they would give up going to cheap restaurants and dhabas completely, or restrict eating out to once in three months. Others said their wives would not buy two new suits this summer; they will do with old and second-hand clothes. Their long cherished desire to go for Hajj will have to be postponed indefinitely. They will transfer their children from schools charging a thousand rupees a month to a madrassah charging three hundred rupees a month.

As for the sixty or seventy million poor living below the poverty line, beggars and those who depend on charity, they know their conditions will never change, whoever is in power. They easily get free food at shrines and at Edhi and Sailani welfare homes; they live in hovels and sleep out in the open, even during rains and cold weather. They don’thave to worry about petrol, gas, food, medicine and electricity prices. When they fall sick they simply lie down and die without bothering anyone. They are the lucky ones because they don’t fear the future, they don’t care if the stock market index declines by a thousand points every day or if property prices go through the roof.

So the Great Khan and his ministers should not worry about high inflation. The vast majority of Pakistanis is quite capable of enduring even more hardships without protesting. Those Pakistanis who are badly affected by high prices don’t really matter; most of them won’t be around to cast their votes four years from now.

The writer is an engineer, a former visiting lecturer at NED Engineering College, an industrialist