Pakistan warns India against any change in Kashmir status 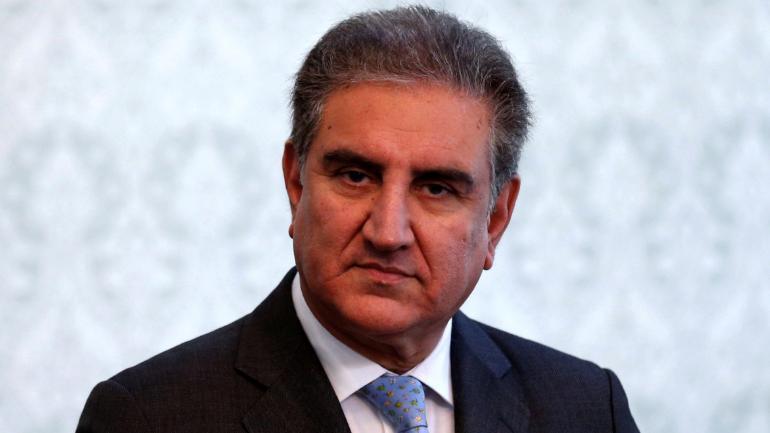 Foreign Minister Shah Mehmood Qureshi on Wednesday cautioned India that Pakistan will strongly resist any move to revoke the constitutional status of Jammu and Kashmir.

Addressing a press conference along with Kashmir Committee Chairman Syed Fakhar Imam here following a special meeting of parliamentary committee on Kashmir held at the Foreign Office, Qureshi said the parliament of Pakistan is unanimous on the stance that there can be no change of status of Jammu and Kashmir.

The Article 370 of the Indian constitution gives special status to occupied Kashmir and the Bharatia Janata Party had pledged to revoke it after securing the second consecutive term in government.

Qureshi said Pakistan will oppose any attempt that violates the resolutions of United Nations Security Council on Kashmir. He said there had been opposition on the issue in India and an All Parties Conference minus BJP had been demanded by several politicians to settle the issue. He said Pakistan has a state policy on Kashmir, which is not affected with the change of governments.

He said Prime Minister Imran Khan during his visit to the upcoming session of UN General Assembly in New York in September will interact with the world leaders and highlight the issue of Kashmir. He said India in 1948 had approached the UNSC and had agreed to hold plebiscite in Jammu and Kashmir, however later it turned the valley into the most militarized zone in the world. He expressed serious concerns over reports that India has deployed another 10,000 troops in the occupied territory of Jammu and Kashmir.

Qureshi said Kashmir dispute is the major impediment in attaining peace in South Asia and mentioned that India is persistently avoiding dialogue with Pakistan to resolve all the outstanding issues. He recalled that BJP during the recently held general elections used the ‘Pakistan card’ and the Pulwama incident to play with political sentiments of the masses.

The foreign minister expressed satisfaction that international community has started realising the gravity of human rights violations in Indian-held Kashmir and endorsed Pakistan’s stance of holding an inquiry. He urged the human rights organisations of Pakistan to also come forward and highlight the blatant atrocities in IHK from their platforms. He said India does not seem to let the leadership of All Parties Hurriyat Conference to engage in the process of finding solution to the Kashmir dispute.

On Afghanistan, the foreign minister said Pakistan is committed to peace in the conflict-hit country and is ready to facilitate the process aimed at bringing stability in the region. He said Ambassador Zalmay Khalilzad will soon visit Pakistan to discuss the peace process with the stakeholders.

Kashmir Committee Chairman Syed Fakhar Imam said the offer of US President Donald Trump to mediate on Kashmir issue is a ‘silver lining’. He said Pakistan needs to approach the Permanent Five and convince their leadership on the significance of resolving the Kashmir issue for attaining sustainable peace in South Asia. He said India has been insisting to resolve all the matters with Pakistan on bilateral basis, however it always avoided any such effort by Pakistan.

On delimitation of 88 seats of the Jammu and Kashmir legislative assembly, Fakhar Imam said any such attempt by India to change Kashmir’s constitutional status will not be acceptable. He said the international community should take notice of the tyranny of Indian security forces in the occupied valley where over 0.1 million people have been martyred including women and children.