I consistently write about parents and children’s mutual relationship as I feel that heart-piercing reality can never be overlooked when it is plaguing society. My heart is now burdened with the pathetic situation caused by negligence of parents, especially fathers, towards their children. One of my clients approached me for divorce seven years ago; I filed the suit, and after due procedure, I handed her over the divorce order from the court, and the divorce certificate from the union council. 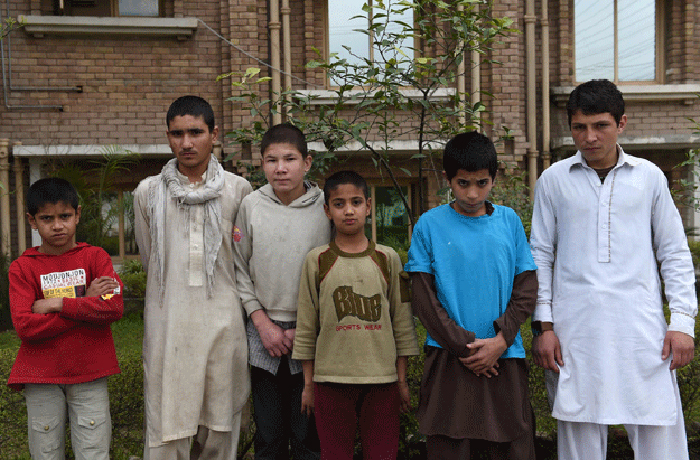 During one of the several meetings for counselling, I wanted to know the reason for the divorce. She told me that her husband had left her five years ago with three children, settled abroad and never gave her any penny. During his long absence, her brother-in-law tried many times to lead her astray by showing money and promises of maintenance of her children. But undoubtedly, she was a strong woman, who was bearing the burden of three children without any support from any side. What good is the strength if your children sleep with a hungry stomach, tearful eyes and walk without shoes all day long? The turning point came when the youngest son asked his mother, “Can we eat the meat of a cat?”

That made her cry with all her heart, and she decided to move with her children to a place where she could earn her livelihood by herself. She settled near her mother’s home, and started doing the practice of childbirth in a clinic with her mother. Time went on. It was not easy to bear the rent of a house and school fees of children. She was on call at any time, noon or night.

We met again, two months ago. She was sitting beside me telling me her daughter’s unfortunate runaway story. Her daughter was then sixteen years old. She had her questions and answers. Hundreds of confusing thoughts were crushing her mind. We launched an FIR in no time, looked for the girl, and found her in twenty-four hours.

Negligence, gap of communication and inducing superiority or inferiority complexes into children erase spirit, confidence, prudence and positivity in children

She came to see me again with her daughter. They seemed to me like deserted birds that were struggling for survival. An FIR was launched under section 154 of the Criminal Procedure Code and section 365-B of the Pakistan Penal Code, which is applicable to kidnapping, abduction or inducing woman to compel for marriage. It is a crime to kidnap a woman and compel her to marry any person against her will. Offence U/S 365-B requires two essential elements: removal of woman by force from one place to another place or through inducement by deceitful means; and the object of removal is to compel her to marry any person against her will or in order that she could be forced or seduced to an illicit intercourse. An accused would be fined and punished with imprisonment for life. The same happened to her.

The girl was deceived by a person aged 25 with the promise of marriage. Her real aunt was involved in the plan; she was the bridge between the girl (victim) and the accused. The mother had instructed her daughter not to disclose her aunt’s name before the judge or during the interrogation. Initially, the mother decided to teach a lesson to everyone who had played a role in deceiving her daughter, but later, she forgave everyone, and decided to go home with her daughter.

She knew that things could not be undone at any cost, and that she should take wise decisions and wait until the dust settled down. She wanted to get her daughter married to a reasonable person, who wouldn’t be aware of the misfortune. Soon rumours spread like wildfire, and a never-ending process of interrogation started from all sides-neighbours, relatives, friends, acquaintances, and strangers.

Most of such cases end up in a social compromise between the parties. There is, in many circumstances, no way out except to forgive and just go away, rather, go far away. One has to burn in one’s hell. Society is the graveyard of my concealed and revealed stories of victims and accused. One thing I strongly believe is that flood finds the cracks in the walls, and then collapses the concrete building to rubble. Such cracks, knowingly or unknowingly, are left in the walls of our family system, through which contagious diseases attack and poison the last cell.

Negligence, gap of communication and inducing superiority or inferiority complexes into children erase spirit, confidence, prudence and positivity in children, and they start to behave awkwardly in society, losing their capacity to identify friends and foes. Every family is a building block of society and every child is the hope of the nation. Realise your responsibilities, put your soul into your family, and save your image from getting blurred in the minds of your children. Otherwise, society will breed runaway stories every day. The deepest connections will be meaningless, and the soul relationship will be odourless. Whenever society sees its reflection in the mirror, it would be horrifying, heinous and loathsome.

The writer is a practising lawyer with the Islamabad High Court