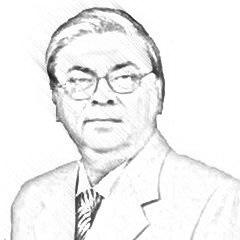 The set, standard and stereotypic definitions of corruption, including apparently pertinent and commonly fancied specialised definitions of corruption, are nowhere close to the hidden reality and the bottom-line essence of corruption. Merriam-Webster dictionary defines corruption as “dishonest or illegal behaviour especially by powerful people (such as government officials or police officers), or the act of corrupting someone or something that has been changed from its original form”. Professor (Emeritus), Dr Petrus van Duyne, says, “Corruption is decay in the decision-making process in which a decision-maker consents to deviate or demands deviation from criterion which should rule his/her decision-making, in exchange for a reward or promise or expectation of a reward”. According to Transparency International, “Corruption is the abuse of entrusted power for private gain. It can be classified as grand, petty and political, depending on the amount of money lost and the sector where it occurs. Corruption corrodes the fabric of society, undermines people’s trust in political and economic systems, institutions and leaders, cost people their freedom, health, money — and sometimes their lives. Transparency means shedding light on shady deals, weak enforcement of rules and other
illicit practices.”

Deviating from linear thinking or functional fixedness of common notions on corruption and delving deep into the bottom-line essence of vices, one comes to soul-searching: the why and how do corrupt hearts, brains and feelings nurtured at adolescence develop at different stages of business, careers, professions and life at large.

Practically, countless men and women, young and old, rich and poor, educated and uneducated, elite and commoner are quietly guilty of violating some code of ethics but apparently look so busy in the normal business of life in what seems to be a conspiracy of silence to an inquisitive mind, for example, cheating to pass an exam, bribing to get a job done, misappropriating to earn an extra income, intriguing to satisfy ego or for worldly ambitions or as a mere habit, plagiarising to aim for an advanced level degree in higher education and research, and so on. The law of the poor morality is shattered amid artificial values of the routine family, education, corporate, social, economic and political business of life. The very legality of life is overshadowed by nefarious designs or ulterior motives through ready smiles, sweet talks, fancy dresses, lavish parties, gorgeous gifts or sugar-coated pleasantries. This is a civilised way of ripping a law ranging from a so-called minor traffic violation to a major drug trafficking act, from a little bribe or gratification for daughter’s marriage to an opportunistic embezzlement bonanza, from a casual sarcasm of an adversary to a sensational political assassination, so concealed yet so exposed.

Amid neurotic ambitions, robberies, dacoities, kidnappings, rapes and murders know no bounds. But the law is watching, and it continues to watch. While justice is done in many a case, mostly it is delayed. Justice delayed is justice denied. It is where justice delayed and denied is democracy denied. Many people lose confidence in law and leadership and join the mainstream of small and big crimes. At its predominantly worst scenario, it is said to be a ‘might is right’ law. It takes a heavy toll on the guilty, toll in terms of restless days and sleepless nights, resulting in hyper-tensions, nervous breakdowns and heart attacks. That is exactly what the grab, look and kill psycho-social state of affairs reflects amid sheer helplessness of its intelligentsia and the law of the land.

The law is supposed to be over and above everybody and everything. This is true in principle and is expected to be true in practice. As you sow, so shall you reap. As good deeds deserve acclamation, criminal acts need to be punished. Even the so-called democratic and civilised societies uphold the concept of penalties and punishments. On the contrary, it is free for all in a lawless society where mere anarchy and sheer power crush the weak. While lawlessness has proved to be a plague of human society, the law is regarded as the salvation indeed. It is believed that tougher the laws, the greater the checks and controls over crimes. But had even the toughest laws eradicated sins and crimes from society, there would not have been any dreads about criminals and sinners. It is more a question of obliterating negative thinking or criminal mind mentality
from society.

While crimes must be accounted for and criminals must be taken to task, accountability and awareness must go side by side. First, the concerned state machinery, from the head of the state through the judges, judiciary, or the courts of law to the police must be accountable indeed. Those responsible for law-making, amending and enforcing are more responsible and accountable for their duties or deeds than ordinary people who violate laws and are rightly punished for their crimes. We must get rid of obsolete law procedures inherited from the colonial times and adopt a more objective approach in contemporary legal practice according to our usages, customs, traditions and conventions.

Secondly, the crying need of the times is nurturing and promoting mass awareness in human values and legal aspects of life. There could be no better way of doing it than through introducing concerned curricula in our schools, colleges and universities and launching special programs through radio, television, newspapers, books and magazines. There is no dearth of vision and expertise at our educational institutions and mass communication, and above all, with the concerned intelligentsia and the policy-makers.

The unfair propositions, justice delayed is justice denied and innocent victims of blind justice, are rampant where ego, money, prejudice and pride have become the order of the day. Such a lawless state of affairs has afflicted routine life in a variety of ways, for example, sadly disheartening and disgracing a sports celebrity, badly sealing meritorious cases for educational and professional opportunities, negatively influencing decision-makers in dangerously misusing public time, money and property, etc.

Where justice is purposely denied to a just cause or case through human-made laws, the law of nature comes into action. Penalties occur so silently for the custodians turn breakers of law that it is not even realised as to when, where, and how the wreaths have fallen. What else is more terrible than sleepless nights and restless days resulting in deadly nervous breakdowns, hypertensions and cardiac arrests? Is it not a natural humiliation for a sleeping conscience to be disgraced and discredited as permanent beggars of alms and charity in the name of grants and loans in the comity of nations? While it becomes confusing or disrupting when pseudo-intellectuals look for excuses and label law and logic as relative terms, the fact remains that ethics and dignity are universal and right is right and wrong is wrong in human values.

The writer is HoD Public Affairs and Senior Faculty, CBM, Institute of Business Management, Korangi Creek, Karachi. He can be reached at parvez@iobm.edu.pk