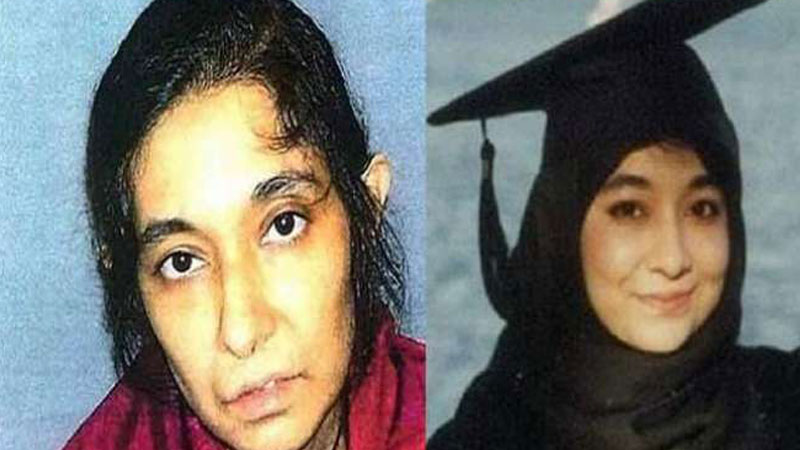 WASHINGTON: Pakistan can negotiate the release of Dr Shakil Afridi if the US is willing to release Aafia Siddiqui, said Prime Minister Imran Khan in an interview with the Fox News on Monday.

PM Imran was giving an interview to Fox News, where he was responding to a question about Dr Shakil Afridi, the man sentenced to 33 years for involvement in anti-state activities by a local tribal court in 2012.

“It was not talked about today but in future we know that the United States wants Shakil Afridi so we can negotiate…no negotiations have started but with Aafia Siddiqui we could negotiate,” said PM Imran to the host, adding that the possibility of a prisoner swap agreement in future remained a viable option.

Although the prime minister said that the issue was quite ‘emotive’ as Afridi was considered a spy in Pakistan as the country considered itself a US ally.

The premier reminded the host that Pakistan also lost 70,000 people in the war against terror and it was fighting it for the US.

While responding to a query about prisoners in detention in Afghanistan, the PM said: “There are two or three I think Americans, one Australian, who have been kidnapped and held in Afghanistan and Pakistan is playing its part and I think we are very close and we hope to give some good news in the next 48 hours,” PM Imran said.

The PM said that he really wanted to resolve the longstanding issues with India and US can help in achieving that.

“Yes. Nuclear war is not an option between Pakistan and India the idea of nuclear war is actually self-destruction. Because we have a 2,500 mile border. Also I think there is a realisation in the sub-continent…there was some incident happened in last February and we had tension at the border an Indian [plane was shot down in Pakistan so there is a realisation and that’s why I asked President Trump if he could play his role, the US is the most power country in the world, the only country which could mediate between Pakistan and India and resolve the only issue which is Kashmir. The only reason for 70 years we have not been able to live like civilised neighbours is Kashmir.”

The PM expressed hope that India would come to the table for negotiations. While in the same vein, the prime minister also discussed about the safety of Pakistan’s nuclear arsenal.

“There is no need to worry about Pakistan’s nuclear weapons because Pakistan has one of the most professional army’s. We have one of the most comprehensive command and control of our nuclear weapons and the United States knows about it because we share our intelligence with the US about the way we have safety measures about our nuclear programme.”

PM Imran said that the conflict with Iran can lead to regional instability and escalate conflict.

“I can’t say about Iran wanting a nuclear weapon but as a neighbour of Iran we certainly hope that this does not become a full blown conflict,” he said, adding that the matter will also affect the oil prices and UAE and Saudi Arabia would do anything for a peaceful resolution.