Women hold up half the sky

Gender bias and misogyny are deeply rooted deeply in the fabric and psyche of our male-chauvinistic society. Despite making inroads in every institution in Pakistan, female members of our society have to face and suffer these issues on a day-to-day basis. For the most part, they don’t get a level playing field to compete with their male peers. When it comes to the superior judiciary, it is no different. The history of the superior judiciary is steeped in gender bias and discrimination.

The year 1994 witnessed unparalleled judicial appointments in the history of Pakistan. The late Benazir Bhutto elevated as many as five female lawyers to High Courts-Fakhar-un-Nisa Khokhar and Nasira Iqbal as the Lahore High Court judges, Talat Yaqub and Khalida Rashid Khan as the Peshawar High Court Judges, and Majida Rizvi as the Sindh High Court Judge.

Almost 72 years have gone by since our independence, and still not a single woman have made it to the Supreme Court. It begs the question: why. Justice (Retd) Fakhar-un-Nisa Khokhar, in her erudite speech in a convention, entitled “Judiciary and Gender Bias”, expressed her dismay in these words: “…no women in the Supreme Court, and those who were to be elevated to the Supreme court, were sacrificed at the altar of gender bias.” 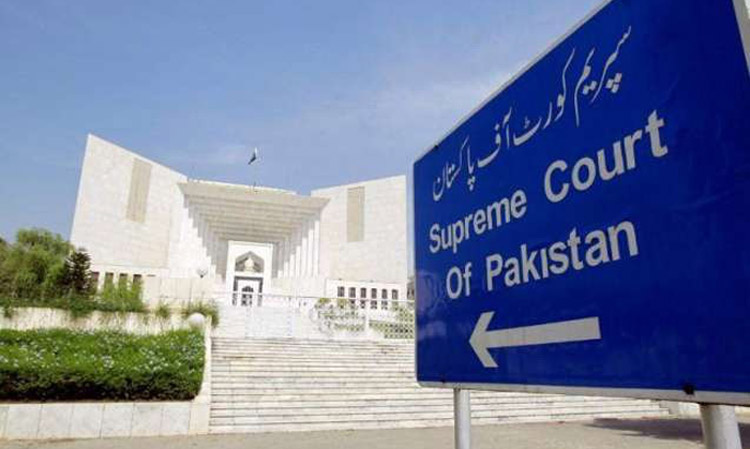 Justice (Retd) Nasira Javed Iqbal made a speech in the same convention. She said, “Five female judges were appointed in the High Courts in 1994. Two of them had a legitimate expectancy to become the Chief Justice of the High Court of Punjab and NWFP [now Khyber Pakthunkhwa], respectively. However, both of them were superseded, and were allowed to retire without being elevated to the Supreme Court of Pakistan.”

Now almost 25 years after the first appointment of a female judge by Benazir Bhutto, the number of judges has not increased in the superior judiciary

Justice Khokhar sets out the details of these events in her autobiography, “Waqalat, Adalat aur Aiwan Taq (From Lawyering to Court to Parliament)”, which was published last year.

As a lawyer, Justice Qazi Faez Esa wrote an article entitled “Why Can’t a Woman be Chief Justice?” in favour of Fakhar-un-Nisa Khokhar, when she laid off her robes as a judge of the Lahore High Court in 2004.

Justice Khalida Rashid was to become the Chief Justice of the Peshawar High Court in 2011. However, she was offered a Hobson’s choice: to be appointed the president of the International Criminal Tribunal on Rwanda or to quit. She chose the first option.

Female judges face an institutionalised bias. A case in point is Justice Erum Sajjad Gul of the Lahore High Court. She was not confirmed by the former CJP, Mian Saqib Nisar, thereby getting a raw deal. If handing down reported judgments were the criteria, she had 34 of them to her credit, while there are confirmed sitting judges who have not surpassed her as yet in this regard. She challenged her non-confirmation by instituting a writ petition under Article 184(3) of the Constitution through former Justice Nasira Iqbal before the Supreme Court. Regrettable as it was, her petition was dismissed by a single-line order as being not maintainable by a three-member bench headed by CJP Nisar. Curiously enough, before being elevated to the High Court, in August 2010,she wrote an article entitled “The Legal Bias Against Women”. The conclusion she drew therein is worth quoting:

“Pakistan’s development will remain a mirage unless its women, who make up more than fifty percent of the country’s population, are truly empowered. The effort should be twofold: while women are given greater representation at all levels of government, effective efforts should be made to promote equal opportunity for employment and discourage discrimination at the workplace.” At the time of writing, little did she know that she too would fall victim to gender discrimination. Let us now briefly have an overview of the judiciary across the world in terms of female judges.

England, our colonial master, has Justice Lady Hale as the president of its Supreme Court. It was Dame Elizabeth Kathleen Lane, who made history by becoming the first-ever woman to sit in the UK High Court in 1965.

It was President Jimmy Carter who decided to diversify the US judiciary by inclusion of women as well as minority members of society as judges. To this end, he issued an executive order in 1978. He ensured that the rigorous process for selection of women and minorities as judges be softened, and helped lay down a new criterion for them. Since then, the US judiciary has never looked back to old days. Before Carter took office, there was only one percent of women in the judiciary, and when he left the office as president, the percentage was enhanced to a remarkable 15 percent. Ruth Bader Ginsburg, now Justice of the US Supreme Court, was initially elevated to the judiciary by Carter when he appointed her as a judge of the US. Court of Appeals for the District of Columbia Circuit in 1980.

Pakistan is a signatory to the Convention on the Elimination of all Forms of Discrimination Against Women (CEDAW). Pursuant to that, an obligation is cast upon Pakistan to appoint at least 33 percent women judges in the higher judiciary. Now almost 25 years after the first appointment of a female judge by Benazir Bhutto, the number of judges has not increased in the superior judiciary. At the time of writing, there are only six female judges in the various High Courts.

Though the law of the land does not envisage any bar to appoint women lawyers as judges of the superior courts, the only bottleneck is gender bias. It can be overcome by bringing about a constitutional amendment in Article 175-A of the Constitution to add special quota for appointment of female lawyers in the superior judiciary, and by relaxing the appointment procedure, taking a leaf out of President Jimmy Carter’s book.