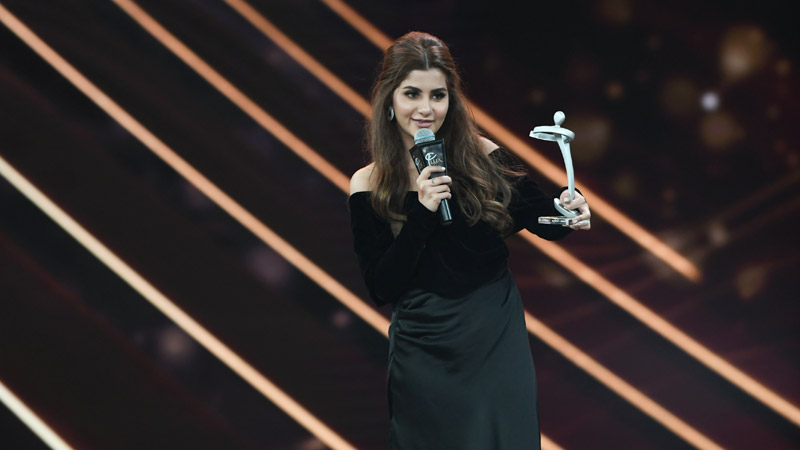 Sohai won the award for Motorcycle Girl – a 2018 Pakistan biographical adventure drama film based on the life of motorcyclist Zenith Irfan.

Depicting the struggle of first female Pakistani biker, the film did quite well on the box office and won Sohai Ali Abro the Best Actress award at the LSAs.

A bit late and overwhelmed, Sohai took to Instagram to share her feelings upon winning the award.

Sharing a picture of herself posing with the award, she wrote, “Okay! So this happened and I really do not know where to start. super stoked and emotional about this.. @luxstylepk the jury, EACH and EVERY jury member… thankyou so so much for giving me this honour, for the support, appreciation and encouragement and for believing in me and our sweet little film.”

About the film Motorcycle Girl, she said it is, was, and will always stay a labour of love.

“This film could not have been possible if it wasn’t for MR AWESOME @adnansarwar2020! I can’t possibly thank you enough Adnan sir, for turning me into not just a better actor, woman but also maybe a better, more empathetic human being,” she said.

She went on to thank other team members associated with the film.

She also shared how she misses her late father, wishing he could wish the film with her.

“Baba, I love you! Wish you could watch this film with me and witness this moment! May you rest in eternal love and peace,” she wrote.