When feminism became a profanity… 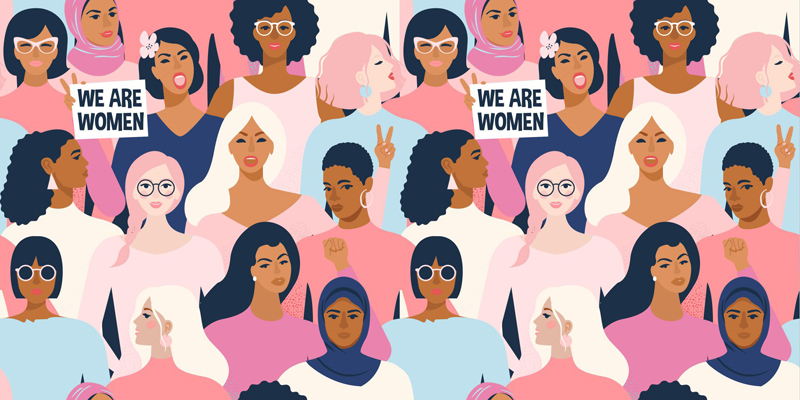 In an era of scientific, technical and economic advancement, unfortunately, development of minds has remained plagued by customs and traditions inherited from ancestors. It is thus that such minds that give birth to a society where men command and women serve, where men enjoy and women suffer, where men rise and women cower, and where men roar and women endure.

The criteria for an honourable, righteous and virtuous woman in such a society is to sacrifice, suffer and endure in silence. From birth, daughters are taught to feel shame. They are taught to walk with their heads bowed, and to listen and obey, but never question. But what is worse is that they are deprived of the most powerful weapon of the world: their words. Or maybe they have been told that they even own words. Their ability to speak up for themselves is taken from them at such a vulnerable age that when they mature they seldom realise its absence, let alone exercise it. Thus, they grow up to be women who do not ever realise their true potential.

But when some heads, not thoroughly poisoned byriwaj (customs) start to rise, to speak up and to demand their most basic right, denied them from birth, such as their right to equality, their path is paved with numerous obstacles. When feminists first emerged in Pakistan, they were mainly ignored. But when their numbers started to rise, they sparked tension because the patriarchs feared that feminists would corrupt their docile, honourable and virtuous women with their contagious ideology. And so they did all that was in their power to halt their steps and muffle their voices. And when they still could not succeed, they took refuge in ridiculing the notion of feminism, and turned a word as innocent as feminism, defined as equal rights for men and women, into a profanity. A profanity so widely and regularly used that social media is full of jokes and memes about feminists, with countless insults shamelessly hurled at them. The object of such a society, so crushed by its insecurities that it takes refuge in dominating women, is to view feminists as irreputable women who chant slogans to defame men and spread obscenity in society.

Women are so brainwashed from birth that they wholeheartedly support patriarchy, and staunchly believe that women will forever be inferior to men

Sadly, it is not just patriarchal men with their narrow mindsets who believe so but also women. Women are so brainwashed from birth that they wholeheartedly support patriarchy, and staunchly believe that women will forever be inferior to men and that it is their ultimate duty to obey men. These women are currently coming out for chanting slogans and calling names to feminists.

But even after they have turned feminism to a profanity, and women came to stand against women, the resolve of these brave activists, standing for justice and equal rights, remains unshaken. Their voices still echo, and their spirits are not dampened. And they never will be, because once you find your voice it is impossible to be silent. Once you realise the power of words you will never stop from exercising it. As Madeline Albright, an activist and politician, once said, “It took me quite a long time to develop a voice, and now that I have it, I am not going to be silent.”

The writer is an economist, environmentalist, a feminist, an animal rights activist, and a poet