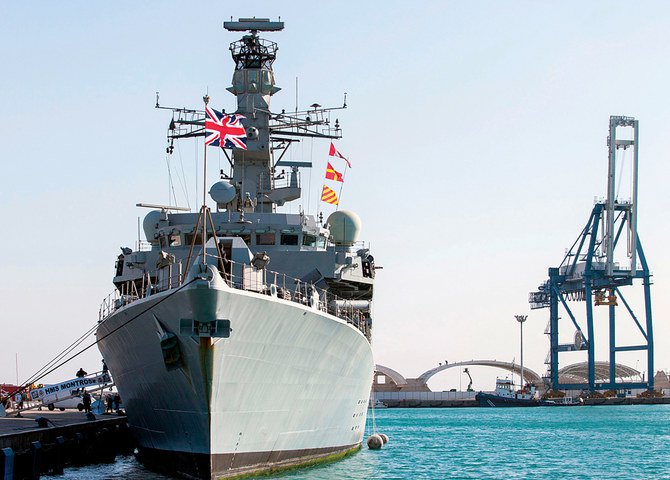 DUBAI: The US on Thursday demanded Iran immediately release a vessel it seized in the Gulf and a US military commander in the region said the US would work “aggressively” to ensure free passage of vessels through the vital waterway.

Responding to an announcement by Iran’s Revolutionary Guards that they had seized a foreign tanker smuggling fuel, the US State Department insisted Iran had to free the ship and its crew and stop harassing vessels in and around the Strait of Hormuz.

The US blames Iran for a series of attacks on shipping since mid-May in the world’s most important oil artery, accusations Tehran rejects but that have raised fears the long-time foes could stumble into war.

“The United States strongly condemns the Islamic Revolutionary Guard Corps Navy’s continued harassment of vessels and interference with safe passage in and around the Strait of Hormuz,” a State Department spokesperson said in an email to Reuters.

“Iran must cease this illicit activity and release the reportedly seized crew and vessel immediately.”

Refinitiv data showed that the last signal received from the vessel was on Sunday when it was in the Strait of Hormuz off the Iranian island of Qeshm, heading toward Oman from Larak Island.

It was reported on Wednesday that shipping companies were hiring unarmed security guards for voyages through the Gulf as an extra safeguard.

US Central Command chief Gen. Kenneth McKenzie, meanwhile, said Washington was talking to several countries about ensuring freedom of navigation in the Gulf and would work “aggressively” to find a solution to enable free passage. He was speaking in Riyadh at a news conference.

Also on Thursday, Britain urged Iran to ease tensions in the Gulf on Thursday and Defense Secretary Penny Mordaunt told a defense conference Britain had “always, and we will continue, to protect shipping and the free flow of goods in that area.”