Thatta, Badin and Sujawal districts of Sindh are the tail end areas of the Indus Delta. Since decades, these are the most water-stressed districts of Pakistan. These districts also rank last in the human development index. The majority of the population of these districts depends on farming, livestock or fishing, but due to extreme water shortage, since the last couple of months, and down streaming of the Kotri Barrage, has badly affected made their lives. 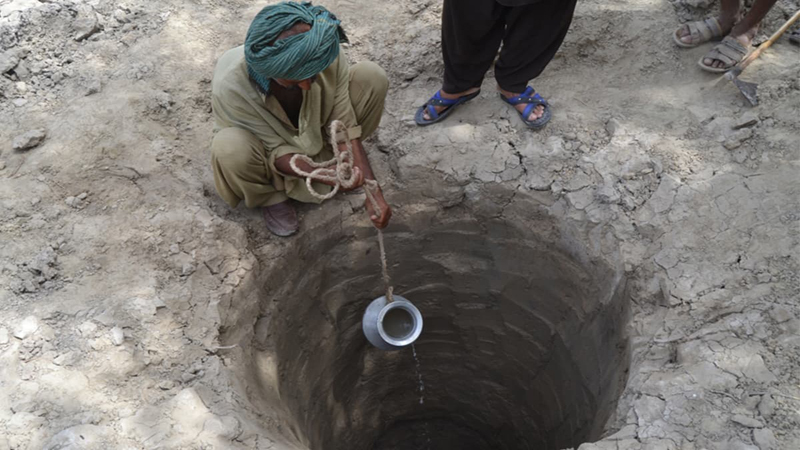 Sea intrusion has swallowed their lands, millions of acres have been waterlogged, and the remaining fertile lands have become barren due to intense water deficiency. According to a study, 2.5 million acres of land have been lost to sea in these districts. Environmental and water advocates warn that by 2050, the town of Thatta itself may vanish under the sea.

Owing to drought-like situation in these districts, farmers are compelled to cut already diminished mangrove forests and other trees to meet their livelihood needs. Destruction of forests and trees indicates that we are alleviating our troubles as climate can be more wrathful, sea can intrude even more easily, and the eco-system can suffer further obliteration. The deteriorating plight of poor farmers of Thatta, Badin and Sujawal has fundamentally been overlooked for the reason that they don’t have any influence in parliament, on a national or provincial level.

It is a fact that since about a year, poor farmers from Thatta, Badin and Sujawal districts have been protesting, marching and holding sit-ins in scorching heat that rises to 50 degrees. But their cries and demands are unheard by higher authorities. Ministers, secretaries and chairpersons just make promises, and shatter those promises within no time.

There is no doubt that serious water scarcity in Sindh has left millions of people, animals and plants parched to death

As a result of the severe water shortage, vulnerable farmers could not crop wheat in rabi; if they would have cropped, the yield per acre was declined from 30 to 10 maunds. Standing crops of chilly, tomato and cotton also became rotten. In the kharif season, Sindh is not getting its due water share from the Indus River System Authority (IRSA). There is 40 percent water shortage in Sindh. Dr Fehmida Mirza, Federal Minister for Inter-Provincial Coordination, has directed IRSA to increase the water-share for Sindh. While in an interview, Sindh Chief Minister Murad Ali Shah has said that IRSA is the responsible for not releasing the due share of water for Sindh. Senator Sassi Palijo has also raised voice for water rights of the coastal region before IRSA chairman and secretary of the water resource ministry in Islamabad. 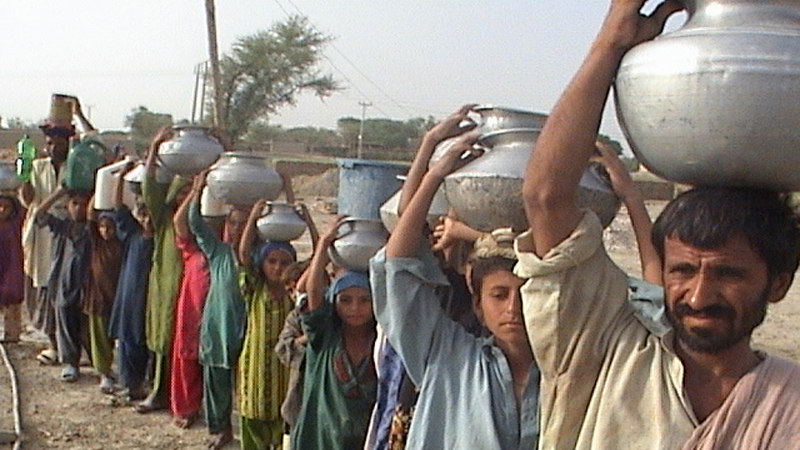 It is very painful that poor farmers could not harvest their paddy crop on time. In this season, it seems that the paddy crop cultivation is under threat in Sindh. It is one of the major crops of Sindh and also contributes to the national economy. There are millions of poor families in rural Sindh, and their livelihoods depend on rice cultivation. The extreme water shortage has decreased the cultivation of paddy crops. About a week ago, water in various canals of Sindh was released, and farmers started cultivating the rice crop, but after some weeks, water again was stopped due to which people who cultivated millions of acres are devastated.

A poor farmer, Allah Bux, said, “It is better to end my life; every year, I used to cultivate paddy, but this year there is no water. How will my family survive?” There is no doubt that serious water scarcity in Sindh has left millions of people, animals and plants parched to death. This is not a very challenging problem that cannot be solved. Politicians and water authorities should take action, and it can all be sorted out. IRSA should manage and release due share of water to Sindh, and Sindh should distribute it fairly and equally. The Sindh Irrigation Development Authority and the Sindh irrigation department should play a proactive and a positive role to curb water theft and uneven water distribution. The Sindh government should stop giving most of the water to landlords.

The writer works in development sector