Kartarpur: Will the Berlin Wall Fall? 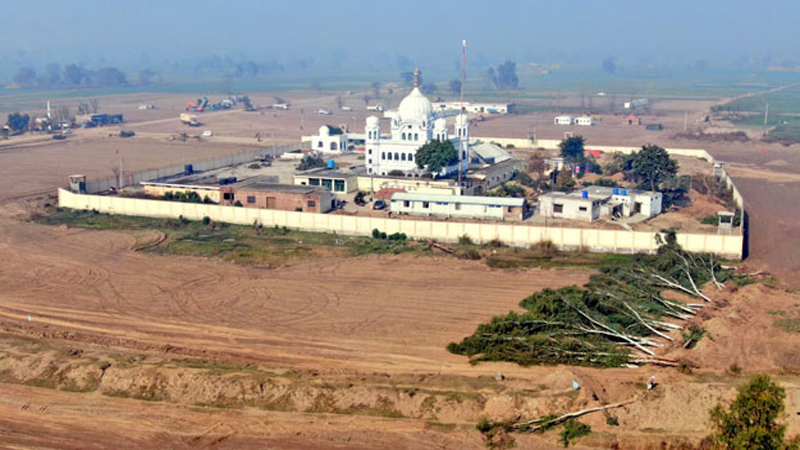 The second round of talks between Pakistan and India, on formulation of modalities and the draft agreement on Kartarpur Corridor, ended on a positive note. This corridor will facilitate Sikh pilgrims with visa-free travel to Kartarpur, and roughly, one million Indian Sikhs will annually visit the holy site. The meeting was meant to finalise the agreement in order to operationalise the Kartarpur Corridor before the 550th anniversary celebrations of Guru Nanak to be held in November 2019.More than 70 percent work of the gurdwara complex, terminal building and road has been completed.

Foreign Office Spokesman Dr Muhammad Faisal said that positive development has taken place during talks on the Kartarpur Corridor in the bilateral meeting between Pakistan and India. As both countries have agreed upon 80 percent of the issues, 20 percent will be worked out in the next round of talks. It is pertinent to mention that the second round of talks could be materialised a day after Pakistan removed a pro-Khalistan leader, Gopal Singh Chawla, from its committee on Kartarpur talks.

The first round of talks was held on March 14, 2019 at Attari. The next round of talks was scheduled for April 2 on Wagha, but it could not be held due to reservations by India on the inclusion of pro-Khalistan activists, Gopal Chawla and Bisan Singh,in Pakistan Sikh Gurdwara Prabandhak Committee, a body that works for facilitating Sikh pilgrims.

The issues that came under discussion by both countries in the second round of talks included: building of bridges on both sides, visa -ree movement of Indian pilgrims across the border, number of pilgrims to visit per day, and security of pilgrims. Though Pakistan has not given the exact number of pilgrims who would visit Kartarpur daily, and on special occasions, but the Indian foreign office revealed to media that Pakistan would allow 5,000 Sikh pilgrims per day, throughout the year, to visit Gurdwara Kartarpur Sahib.

Geographically speaking, Kartarpur, a holy town for Sikhs, is located across River Raviin the tehsil Shakargarh of Narowal district in Punjab, Pakistan. It is four kilometres away from Dera Baba Nanak shrine and the Pakistan-India border. It is said that Baba Nanak lived for 70 years, but most of the time, he was travelling from Iran and Iraq to Myanmar, and from highlands of Tibet to Sri Lanka. He stayed in Kartarpur for 18 years, and launched his philosophy by establishing Kartarpur-the ‘creator’s abode’. Kartarpur is, thus, known as the birthplace of Sikhism, and the place where Baba Guru Nanak spent his last days.

Baba Guru Nanak also started ‘Guru ka Langar’ from Kartarpur. He believed in equality of human beings, contrary to the division of society on the basis of caste, creed and wealth in Hinduism. Muslims and Sikhs equally respected Baba Guru Nanak. There is an interesting story narrated in history books, which says that when Guru Nanak left for heaven, his Hindu and Muslim followers claimed the body for final rites. There was a row between Hindus and Muslims, but later they decided to place flowers on his body overnight, and whose flower remained fresh would perform the final rites. Next morning, the followers were surprised to find that the body of Guru Nanak was missing, and all flowers were fresh. The two communities performed the final rites as per their faith. Presently, both a grave and asamadican be found in Kartarpur.

In 1947, Kartarpur became part of Pakistan, a decision disliked by both Hindus and Sikhs. Those who lived there migrated to India while Muslims moved to Kartarpur. In her book Borders and Conflicts in South Asia: The Radcliffe Boundary Commission and the Partition of Punjab, Lucy P. Chester wrote how Radcliffe felt when leaving India. She quotes him: “I station myself firmly on the Delhi Airport until an airplane from England comes along. Nobody in India will love me for my award about the Punjab and Bengal, and there will be roughly 80 million with a grievance who will begin looking for me. I do not want them to find me. I have worked and travelled and sweated.”

Like many other issues, the free movement of Indian Sikhs to Kartarpur has been pending since 1999when Indian Prime Minister AtalBihari Vajpayee proposed it as a peace initiative. However, there is no specific time to do good work. It can be done any time. The incumbent government in Pakistan took the step, and despite a negative response by Narendra Modi and other hardliners in India, both countries agreed to open the corridor given the historic importance of the 550th birth anniversary of Guru Nanak Devji. Pakistan took this step in good faith in an environment when all efforts of Pakistan for peace were discouraged, and the Kashmir issue remained a burning point between the two countries.

The opening of 4.7 kilometres of the Kartarpur Corridor, in the midst of border tension, is indeed a peace building measure. Pakistan wishes to resolve all bilateral issues peacefully, but the question remains if India will show an unbiased attitude towards Pakistan. Will the Berlin Wall fall, and India will agree to resolve the core issue: the Kashmir Issue? Both sides are quite hopeful that if the Berlin Wall can fall, the wall of hate between Pakistan and India can also be taken down. Let’s hope that happens.