Pakistan, a country plunged deep in a socioeconomic catastrophe, is faced with another serious crisis: the environmental crisis. So severe that it’s merely not a short-term challenge but a challenge of survival. If the issue is met with the same indifference as it has been so far, then most probably there won’t be a future to look forward to.

In the last fifty years, the annual mean temperatures have increased by roughly 0.5ºC, and it is predicted that by the end of this century, it will experience a further rise of 3-5ºC. The startling pace at which the Himalayan and Karakorum glaciers are melting, resulting into disastrous floods, cyclones, storms, and disrupting not only the lives of the people but also the potential associated with those lives, is frightening. 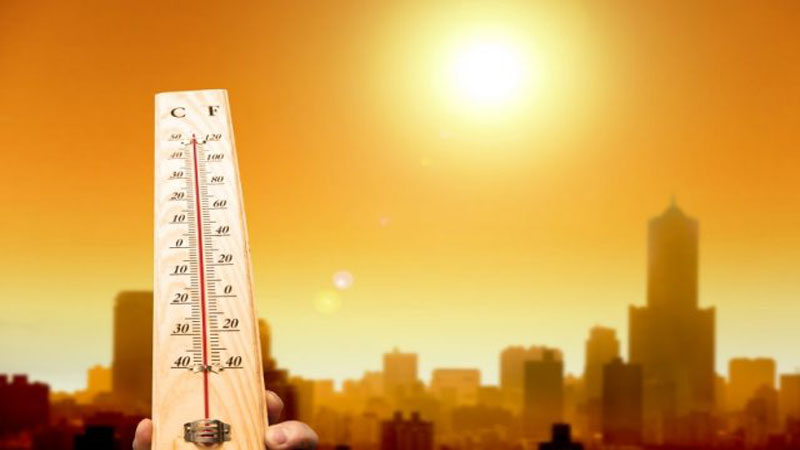 Pakistan stands as one of the most vulnerable countries to climate change where the hazardous effects are on human lives and human capital. For an agrarian economy, and one particularly interested in private benefit rather than considering the associated social costs, the impact of climate change on the economy might be of significant importance. Climate change has contributed to reduction in irrigation water due to high evaporation, leading to a decline in water availability, and hence resulting in low yields of wheat, basmati rice and maize. The direct economic impact of that is a further reduction in our already plummeting exports. We are also a shortsighted economy, formulating policies for the short run mainly. Blinded by our myopic mindsets, it seems that the expected fall in our agricultural output isn’t worth much attention.

Interestingly, despite the above-mentioned flaws in our behaviour, Pakistan has been an active participant of international treaties calling for fighting climate change. After the failure of the 2009 Copenhagen summit, Pakistan joined the Paris Agreement with renewed zeal. By ratifying to the Paris Agreement, Pakistan accepted to take necessary actions to keep the increase in global temperatures below 2º C, and to limit the increase to 1.5 ºC. A laudable aspect of the treaty was making it binding for all the members to regularly submit their nationally determined contributions, reflecting the contributions to the global effort for reducing greenhouse gas emissions (GHG).

Under Pakistan’s submitted INDC, Pakistan has shown interest to reduce 20 percent of GHG emissions in return of an international grant worth 40 billion dollars to meet the abatement cost

Under Pakistan’s submitted Intended Nationally Determined Contribution (INDC), Pakistan has shown interest to reduce 20 percent of GHG emissions in return of an international grant worth 40 billion dollars to meet the abatement cost. The submitted INDC is rooted in the Pakistan Vision 2025, and the National Climate Change Policy (NCCP).

Ironically, however, rather than contributing to reducing GHG emissions, Vision 2025 is instead promoting more emissions while barely touching the topic of environmental protection. This is because a large part of Vision 2025 is occupied by the mega-billion dollar project of CPEC. It is no secret that the energy projects undertaken by CPEC, mostly being coal and fossil fuel based, coupled with transport and infrastructure projects, are adding to Pakistan’s already swelling emission levels. CPEC is expected to stimulate GDP growth rate of Pakistan by 1.5 percent from 2016-20 and further increase of 1 percent from 2020-30. The question of grave importance here is that whether this increase in GDP is worth the degradation of environment. Is it worth the deadly calamities falling upon us? For answering this question there are two approaches. First, there is the myopic approach that seeks the present profit at the cost of the future. And the second one is the sustainable approach that will compromise some of the present profit for the future.

Unfortunately, to date, Pakistan has been following the myopic approach, and has, therefore, being compromising on the future. This point is further backed by the absurdly low amount that is spent on climate change, despite full awareness of the gravity of the issue. At the inauguration of the ministry of climate change, the budget that was allocated was $70 million for the year 2017-18. That is quite a significant amount. But what is starling is that the funding was slashed to only $7 million for 2018-19. Currently, only 8 percent of the budget is allocated to climate change.

The NCCP, which took a year and a half of extensive discussions for its formulation, is also not living up to its true potential, one reason being it falters in implementation, as once claimed by a former minister of climate change, their job was formulation of policies, not implementation. But what is the use of toiling to formulate a policy that will only stay on paper?

Sadly, this is the situation, especially with reference to environment. We formulate policies, several, quite impressive ones, but we fail to implement them efficiently. And where does that leave us? Right where we began from. Since actions speak louder than words, the above mentioned scenario explicitly depicts that our discussion about climate change is merely a rhetoric, in which we boast about taking steps to save the mother earth, and end up doing the exact opposite.

The writer is an economist, environmentalist, a feminist, an animal rights activist, and a poet