Venezuelan opposition returning to Barbados to continue talks with government 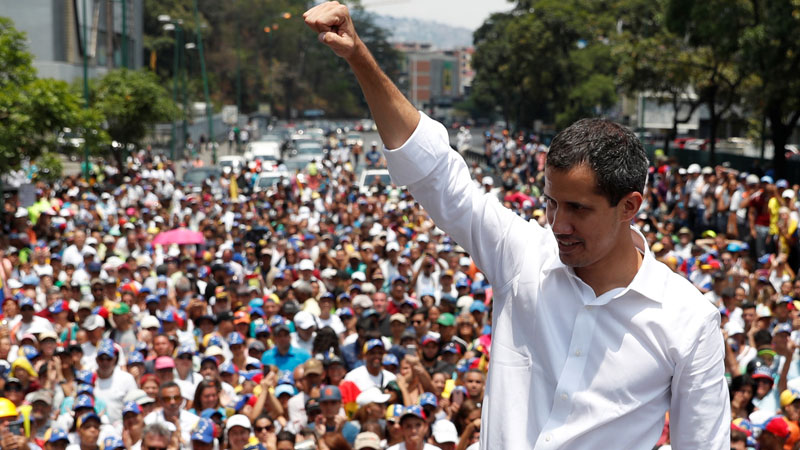 Venezuela’s opposition said on Sunday it will return to Barbados to continue talks with the government of President Nicolas Maduro as part of efforts to resolve the South American nation’s political crisis.

The two sides met in the Caribbean island last week as part of talks being mediated by Norway but returned on Thursday for consultations without announcing a deal.

The communications team for opposition leader Juan Guaido, who is recognized by more than 50 countries as Venezuela’s legitimate leader, said on Twitter the delegation was returning “to achieve change that can end Venezuelans’ suffering.”
The talks will resume just days after two members of Guaido’s security detail were detained for allegedly attempting to sell rifles taken from the National Guard as part of a failed April 30 uprising against Maduro.

Guaido said the arrests were part of intimidation efforts based on fake evidence. Information Minister Jorge Rodriguez said on Saturday he would present evidence linked to the case at the next round of talks.

Opposition activists have been wary of dialogue for years, insisting Maduro has used it as a stalling tactic in the past.
Guaido says the opposition will not allow this round of talks to drag out like those in the Dominican Republic that ended unsuccessfully in 2018.

Venezuela is suffering a hyperinflationary economic meltdown that has resulted in malnutrition and disease and spurred a migration exodus of 4 million citizens.

In January, Guaido invoked the constitution to assume a rival interim presidency after declaring Maduro’s 2018 re-election a fraud.

Maduro calls him a puppet of the United States and blames the economic problems on U.S. sanctions meant to force him from office.