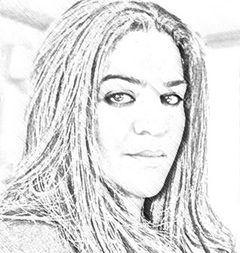 Pakistani-American diaspora: beyond remittances and entrepreneurship

The Pakistani-American diaspora awaits as the White House Press Secretary confirms that “President Donald J. Trump will welcome Prime Minister Imran Khan to the White House on July 22, 2019.” This visit will mainly focus on strengthening cooperation between the United States and Pakistan, in order to bring peace, stability, and economic cooperation between the two countries and within the broader South Asia region.

Massive preparations are underway for Prime Minister Imran Khan’s keynote address to the Pakistani community in Washington D.C. on July 21. Fervent Tehreek-e-Insaf-e-Insaf (PTI) members from almost thirty U.S. states are gearing up for a rally toward Washington D.C. They will show solidarity with their charismatic leader while chanting “Tabdeeli Ayi Ray.” Prime Minister Khan’s close friend and aide on overseas Pakistanis and human resource development, Zulfi Bukhari, is in the United States to amplify Islamabad’s voice. Bukhari’s aim isto engage and foster a relationship with the Pakistani-American diaspora. Both before and after coming to power, Prime Minister Imran Khan has consistently underscored the Pakistani diaspora as an “untapped resource” which could uplift their country of origin. The young and zealous aide, Zulfi Bukhari, is accruing sky miles from south-central Texas to the northern shore of the Potomac River. The international metropolis, Washington D.C. diaspora engagement is upbeat. Social media is dazzled with flamboyant pictures and selfies. The diaspora’s heart-pouring is on high as they wait for their premier’s historic visit to Washington D.C.

The well assimilated Pakistani-American community, comprised of skilled and semi-skilled labor, are most commonly recognized for the remittances they send back to their homeland. Highly skilled professionals and business communities assist Pakistan through generous philanthropy. Entrepreneurial and profitable ventures generate local economic bustle in Pakistan. Many exert influence on U.S. policymakers to present and defend Pakistan’s case. Countless physically relocate back to their homeland to put their passion and skill set to use for the furtherance of Pakistan. Most significantly, Pakistani-Americans have kept up the spirit of charity. However, in each setting, gains aren’t reaching their fullest potential.

Prime Minister Khan and President Trump will discuss a range of issues, including counter-terrorism, defense, energy, and trade. These two leaders share the goal of creating the conditions for a peaceful South Asia and an enduring partnership between Pakistan and the United States. In aggregate, numerous Pakistani-American influencers are actively trying to improve U.S.-Pakistan relations. However, in terms of political influence and change in narrative about Pakistan, the politically active diaspora has failed to make their mark in Washington’s corridors. A large part of that failure is accredited to their internal personality and group clashes and divisions on trivial issues, as would be the case in a pure Pakistani context. Most importantly, however, because their background, credentials and skill sets are lacking in political, foreign, and defense policies, and they must represent an entirely different domain based off of their individual skill set.

As Prime Minister Imran Khan and his team are endeavoring to “uplift Pakistan through
brain gain,” it is crucial for them to recognize that Pakistan will have to abandon its ‘default’ position with respect to diasporas

Successive governments in Islamabad, as well as numerous former Pakistani ambassadors in Washington D.C., have failed to channelize and garner greater support mechanisms from the Pakistani-American diaspora. This failure is mainly due to the absence of coherent ‘diaspora engagement policies.’ They lime-lighted and facilitated the diaspora based on nepotism and weight of their pockets, and did not merge and rightly place the influencers. In addition, in any given context, most Pakistanis relish self-absorption and tend to race alone.

As Prime Minister Imran Khan and his team are endeavoring to “uplift Pakistan through brain-gain,” it is crucial for them to recognize that Pakistan will have to abandon its ‘default’ position with respect to diasporas. This will be a necessary change in order to effectively engage in long-distance nationalism. Diaspora engagement is best approached as a process rather than as one action or even a series of one-time actions through an individual or a set of individuals. It must be taken as a constellation of institutional and legislative arrangements and programs that come into being at different times, for different reasons, and operate across different time scales at different levels within the country of origin and country of destination. For example, Turkey has attempted to engage ‘its’ diaspora in order to upscale its political agenda and gain entry to the EU (Østergaard-Nielsen 2003c). New Zealand employed diaspora engagement as a device to help it climb its way back up OECD country rankings (L.E.K Consulting 2001; Science and Innovation Advisory Council 2002; Deutsche Bank 2003).

Islamabad must (re)produce citizen-sovereign relationships with expatriates, thus transnationalizing governmentality through robust diaspora engagement policies. This is the means by which “a population is rendered governable, through the construction, machination, and normalization of a set of governmental apparatuses and knowledges” (Foucault 1978: 102-103). According to Michel Foucault, a French historian and philosopher, associated with the structuralist and post-structuralist movements, the capacity to exercise power consists in three types of relationships: relationships of power, relationships of communication, and relationships of finalized activities. Together, these constitute the ‘disciplinary’ apparatus necessary for the exercise of power at the transnational scale that Islamabad wishes to yield among its diaspora.

Islamabad’s strategy for the Pakistani-American diaspora engagement must adapt a “road map” that delineates major strategic elements. The first of these is identifying clear goals of diaspora engagement. It is also necessary to map the location, skills, and characteristics of the diaspora. Another requisite is fostering conditions of peace and trust between a) the Pakistani-American diaspora and institutional regimes and b) between the governments of both Pakistan and the United States. Finally, it is necessary to mobilize the diaspora to act as equal partners in the sustainable development of the country of origin. The strategy must devote attention to capacity building, an essential component in every stage of Pakistani-American diaspora engagement. The ability and capacity to design policies and sustainable implementation is fundamental to successful diaspora relations. Resources are often concentrated at the front end of programs. Instead of negating the feedback loops, quantitative and qualitative monitoring and evaluations are crucial to determine whether adjustments are needed to keep policies on track. Legal and institutional frameworks and programmatic approaches are crucial to fill gaps in expertise and skills that handicap Pakistan in diaspora engagement.

There are about 77 countries with robust diaspora engagement policies. Pakistan can examine these countries to draw comparisons and learn lessons, and can tailor them to cater to her needs. The Republic of Korea and the Taiwan Province of China are good examples. They brought diaspora talent and treasure to the table in large part because both governments had sound development diaspora engagement strategies in place. At the institutional level, Israel and its diaspora have taken this process a step further through the development of an increasingly autonomous, quasi-governmental Jewish Agency for Israel. Its institutions and programs are governed jointly by government and diaspora representatives.

While Islamabad is responsible for devising effective diaspora engagement policies, the Pakistani-American diaspora must bear the share. They can learn from their Indian counterparts, who despite challenges and red-tapeism at home have successfully managed to walk their walk in Washington’s corridors and remain politically relevant, by abandoning their parochial agendas, and by supporting each other and placing the right people for the right task.

When I asked how he plans to achieve his targets, “diaspora engagement and brain gain,” Zulfi Bukhari answered, “by involving them on boards of all departments and bringing them into positions to run departments.” While Prime Minister Imran Khan’s upcoming visit opens an enormous window of opportunity, this presents a pivotal question: What criteria would the young aide on overseas Pakistanis and human resource development use to select his team? How would he formulate policies and programs that can foster a long-term sustainable development plan and relationship, not only with the Pakistani-American diaspora, but also with their country of destination, the United States?

The writer is a Washington D.C. based international security and defense policy expert