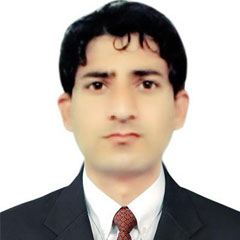 In March 2013, the National Assembly of Pakistan unanimously passed a bill that slapped a complete ban on the infliction of corporal punishment on children and asked for adopting a constructive and communicative approach instead. However, it is an overt secret that, barring elite institutions, such brutal modus operandi exists predominantly in our schools and colleges of the both public and private sector. Many teachers in our society proudly and flagrantly mete out harsh physical punishments on their students. According to a survey conducted by Society for the Advancement of Education (SAHE) in collaboration with Alif Ailaan, seventy percent teachers in Pakistan endorse corporal punishment and believe that it is a useful way to deal with students.

Strict punitive measures at schools are taken up on the pretext that these help in both maintaining discipline and in improving students’ academic record. The schools and teachers violate the government’s rule of “no corporal punishment” in order to coerce students into complying with their rules. Is it not ironic that they teach their students indirectly “if you have the power you can break the rules?”

Teachers very often turn up at classrooms holding sticks at such an angle in their hands as if they were grazing livestock in the grassland. Many schools have come up with new ways of punishment that can be justly called barbaric including pencil between fingers torture, hands with palms down on the table and hitting them with a stick, and ear pulling.

Mostly, these punishment techniques are exercised for compelling those students who appear in external examinations to work hard so that the school’s overall result turns out to be good, which in turn would improve the schools’ reputation among the public. The only desirable effect that this produces is an immediate compliance on part of the students, which is nothing compared to the plethora of undesirable effects that are produced alongside including rote learning.

Physical injuries to students due to corporal punishment are frequently reported both on social media and in mainstream media, but psychological disorders very rarely catch the eye of the public, which in most of our children develop because of the same reason either in childhood or when they grow up. Such children develop hatred against their schools resulting in high dropout ratio. It’s natural for human beings to imitate others especially those they hold in high esteem. That’s why these children, just like their teachers, tend to be aggressive and authoritative rather than co-operative. When their legitimate excuses are termed as lame, and they are instead punished at schools for coming late or not memorising their lessons, they develop a tendency to distrust others. Punishment leaves indelible impressions on their personalities. Children who are punished or frequently witness punishments at schools suffer from many psychological and mental health problems. Long term torture images are imprinted on their brains which are repeated later in dreams and thoughts in different forms even if years are passed. They are vulnerable to depression and disorders regarding fear and anger. Increased aggression, anti-social behaviour, deteriorating peer relations, difficulty with concentration, and decreased moral internalisation are other problems associated with corporal punishment. Researchers have shown that beating children at an early age leads to a decrease in their grey matter that is an integral part of our central nervous system and is responsible for intelligence and learning abilities. Therefore, such children are more likely to become low intellect adults in future.

The United Nation Committee on the Rights of the Child declared in 2006 that physical punishment is a legalised violence against children that should be eradicated from all settings via legislative, administrative, social, and educational measures. This still seems a distant dream in Pakistan.

In rural areas, parents who are against corporal punishment have only one way to protect their children. That is by pulling them out of schools because one can hardly find a school where lessons are taught only with love and affection there. Harsh behaviour and inhumane punishments continue to prevail in educational institutions, especially in rural areas of the country.

As an alternative to corporal punishments, teachers should make use of positive reinforcement techniques and develop positive behaviour support strategies. Students who show increased level of compliance should be rewarded while privileges should be taken away from those who show laxity. Also, if students who are weak in studies are given more responsibility, it will hopefully result in their academic improvement. For example, making them class leaders or proctors could help in this regard.

Corporal punishment might seem to be productive vis-à-vis its instantaneous outcomes, but in the long-run, it has detrimental effects on the child’s personality. This scourge needs to be eliminated from all areas without any further delay. Pakistan has ratified the United Nation Convention on the Rights of the Child, Article 28 (2) of which states, “States Parties shall take all appropriate measures to ensure that school discipline is administered in a manner consistent with the child’s human dignity and in conformity with the present Convention.” Many parents still await these appropriate measures to be taken by the government.

The writer can be reached at SirajShawa@gmail.com